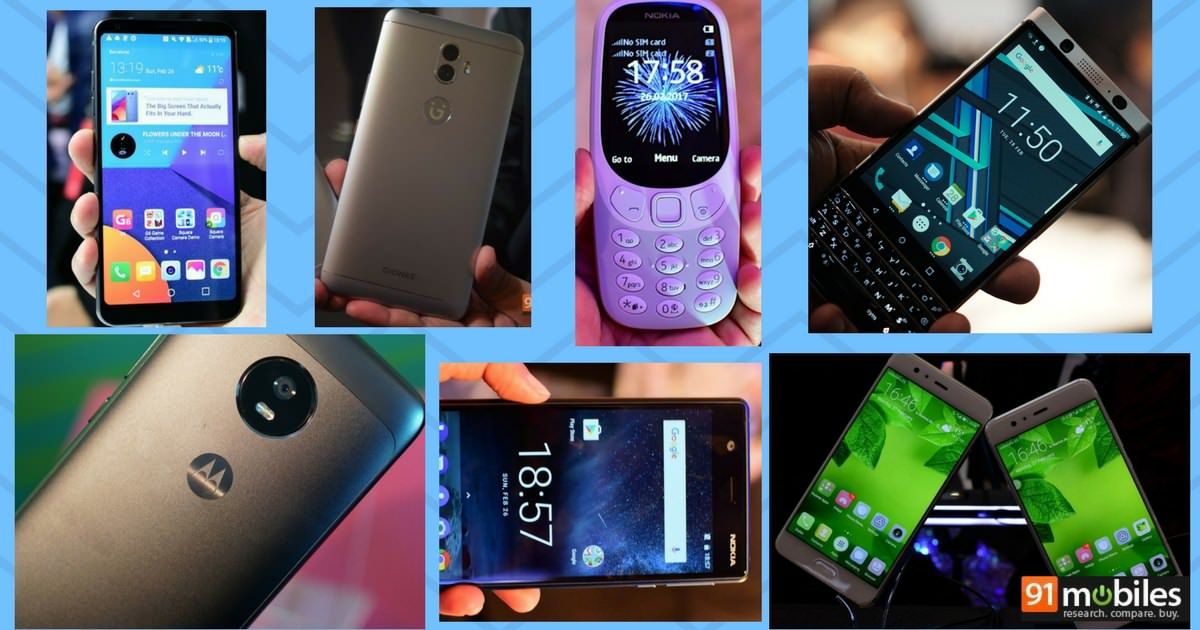 MWC is one of the biggest tech events hosted annually in Barcelona, Spain, where scores of smartphone manufacturers, big and small, get a chance to showcase their brand new products… and in this year’s case, some reboots as well. Besides the usual flagship-tier launches, this year’s MWC saw two of the most iconic mobile brands, namely BlackBerry and Nokia, making comebacks. Having scoured the show floor, we have consolidated a list of what we think were the best smartphone launches this year… so without any further ado, let’s jump right in.

Nokia’s comeback had been the talk of the town for quite some time and while many believed that the company will launch its first Android flagship at the MWC, the iconic brand instead unveiled two new Android smartphones catering to budget buyers – the Nokia 3 (first impressions) and the Nokia 5 (first impressions). It also announced the global variant of the Nokia 6 (first impressions) which it had launched exclusively in China earlier. The specs may not be all that exciting, but Nokia hopes to captivate its audience by offering stellar build quality and Android experience in its purest form – free from clutter and gimmicks.

Nokia stole the limelight from other brands present at MWC by relaunching the iconic Nokia 3310 feature phone. The redesigned 3310 (first impressions) takes most of its design cues from the original model which includes a familiar keypad along with a graphically-enhanced Snake game. The mobile phone comes with a 2MP camera as well as a 1,200mAh battery which boasts up to a month of standby time. Available in peppy hues such as orange and yellow, the mobile phone will run you down approximately Rs 3,500 upon launch.

Capitalising on the success of its camera-centric smartphone from last year, Huawei launched two successors to the P9 dubbed the P10 and the P10 Plus (first impressions). Similar to their predecessor, the P10 duo features dual-camera setups at the back comprising of a 20MP monochrome sensor and a 12MP RGB sensor powered by Leica optics and boasting OIS. While the P10 opts for a 5.1-inch full HD display and a 3,200mAh battery, the P10 Plus comes with a 5.5-inch quad HD display and a bigger 3,750mAh battery. And did we mention that both the smartphones are available in eight striking colours?

BlackBerry is still fighting to procure a market for itself with its business-oriented smartphones. The company recently launched the BlackBerry KEYone (first impressions) at MWC in another attempt to woo potential buyers. The smartphone features a physical keyboard which doubles up as a trackpad too. Up top, the device is flanked by a 4.5-inch full HD display, and hides a Snapdragon 625 processor. While the smartphone looks appealing enough, the steep price of $549 (~Rs 37,000) might scare away some interested buyers.

The ‘G’ series from the Lenovo-owned Moto has been quite successful over the years, and offered buyers compelling smartphones without prohibitive price tags. With the recently launched G5 and the G5 Plus, the company has clearly spent most of the time perfecting the duo’s design and has fine-tuned the rest of the internals. Both the G5 and the G5 Plus (first impressions) come sporting unibody metal designs and look a lot like the Moto Z family. The G5 comes with a Snapdragon 430 processor and a 5-inch full HD display. With the G5 Plus, Motorola has upped the display size to 5.2-inches and has equipped the device with a faster Snapdragon 625 processor. The G5 Plus sports a 12MP camera with dual-pixel technology, which promises pristine imagery and is no mean feat at this price point.

On paper, Sony’s flagship offering in the form of the XZ Premium (first impressions) is perhaps the most spec-heavy smartphone to grace the floors of MWC. Not only does the device come with a 4K HDR display, but also sources its power from the top-end Snapdragon 835 processor – the latest and greatest from Qualcomm. The smartphone also features a 19MP primary camera and a 13MP secondary camera. Keeping the phone up and running is a 3,230mAh battery which should last a day considering that the display has 1080p resolution by default and pushes 4K pixels only when UHD content is being played. Sony also unveiled a stripped-down and compact version of its premium flagship dubbed the Xperia XZs (first impressions) which comes with a Snapdragon 820 processor, a 5.2-inch full HD display and a 2,900mAh battery.

LG debuted the G6 flagship smartphone at its MWC panel this year and unlike its predecessor, the G6 (first impressions) promises to be a no-nonsense smartphone which features sleek bezels, a bright and colourful 5.7-inch Quad HD display along with a high-end Snapdragon 821 processor. Even though the Korean giant pioneered the concept of modularity last year, the company has taken a complete 180 with the G6 as it comes with no modular accessories. Just like the G5, the G6 also features a dual-camera setup at the back which comprises of two 13MP shooters.

The world is smitten by selfies and Chinese smartphone manufacturers have had the most to benefit from this. At its MWC event this year, Gionee unveiled two selfie-centric smartphones dubbed the A1 Plus and the A1 (first impressions). The Plus variant of the smartphone comes with a 20MP front facing camera which has a dedicated flash unit too, along with a dual-camera setup at the back comprising a pair of 13MP and 5MP camera sensors. The Gionee A1, on the other hand, features a 16MP front facing sensor and a 13MP rear-facing shooter. 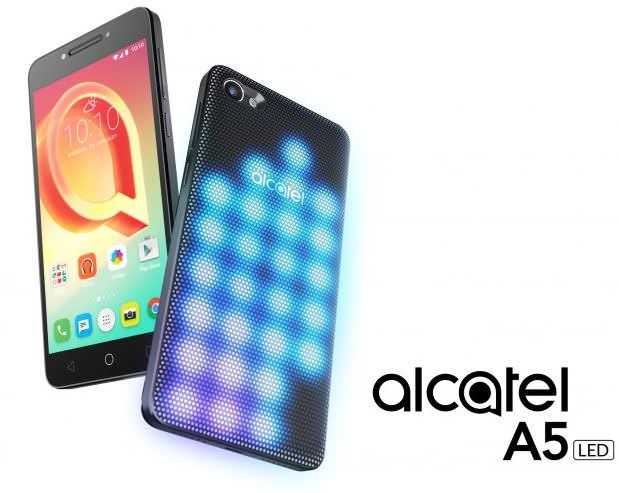 There were a lot of smartphone launches at the MWC this year and while we have listed the best ones above, Alcatel’s semi-modular A5 LED smartphone also caught our eye. Similar to the Moto Z and Z Play’s Moto Mods, Alcatel also allows users to snap various accessories such as an LED case which the company demoed at MWC to the smartphone’s back.

Gionee A1 Plus gets permanent price cut, now available for Rs 17,999

Gionee A1 Plus and A1 Lite get permanent price cuts, price now start at Rs 13,999

BlackBerry KEYone with QWERTY keypad and Snapdragon 625 lands in India, yours for Rs 39,990

The BlackBerry KEYone could land in India on August 1st

Gionee A1 Plus unboxing: unwrapping the latest camera-centric smartphone