91mobiles.com
Home Best Deals on Croma Large screen and portable form factor – get the best of both... 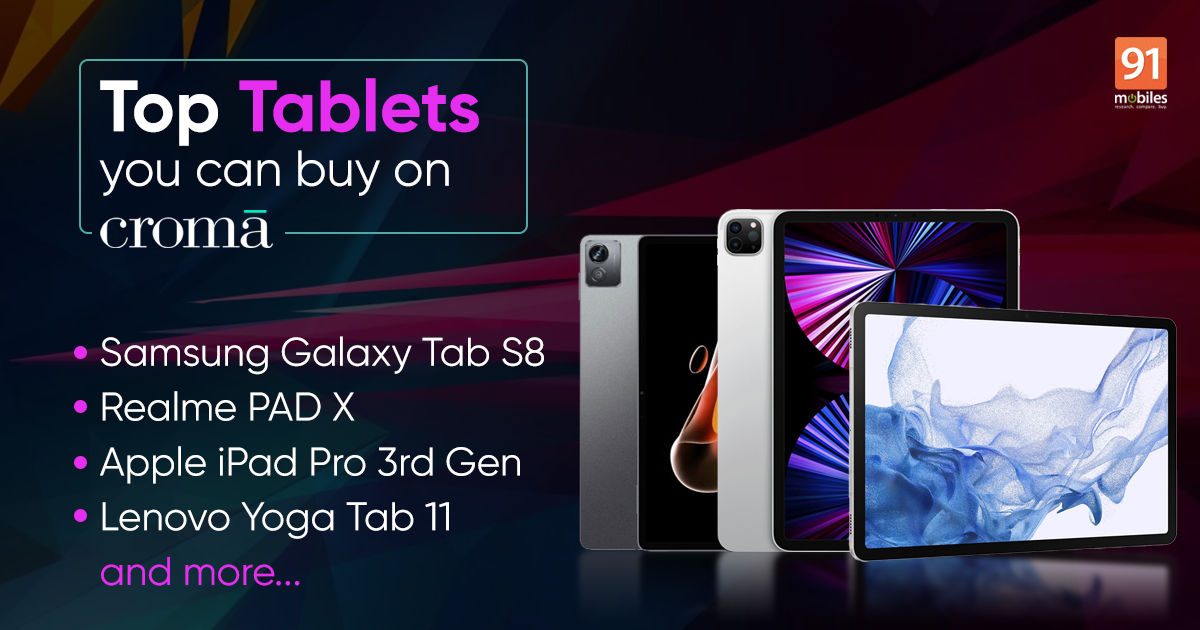 A fad once upon a time, tablets were restricted to professionals and creators during the pre-pandemic era. However, the past two years have catapulted the demand for tablets in the country as netizens and students were equally interested in getting a device that’s more versatile than a smartphone, yet handy in comparison to a laptop. Device makers quickly picked on the trend too, and we witnessed Xiaomi making a comeback in this category, while brands like Motorola and Realme marked their debut in the Indian tablet market. So, if you are looking for a slate and are confused about which one to opt for, then we have made it easier for you. Here are your best options on Croma if you are looking for a tablet in India.

Things to consider while buying a tablet

With that out of the way, let’s check out the top tablets you can buy on Croma across price segments.

Launched earlier this year, the Samsung Galaxy Tab S8 is a flagship offering that doesn’t compromise on any aspect. The tablet flaunts an 11-inch WQXGA LCD TFT display with a high refresh rate of 120Hz refresh rate, resulting in immersive visuals. The tablet also features quad speakers with AKG sound and Dolby Atmos support, ensuring that you have a multimedia theatre on the go. Inside the device ticks the Qualcomm Snapdragon 8 Gen 1 chipset, a top-of-the-line 4nm SoC with a 2.99GHz octa-core processor, and paired with 8 gigs of RAM. On the camera front, you get a dual 13MP + 6MP setup on the back and a 12MP snapper on the front. The device comes with 128GB of expandable storage and boots Android 12 OS with OneUI 4.0 custom interface. Running the show is an 8,000mAh battery with 45W fast charging support. 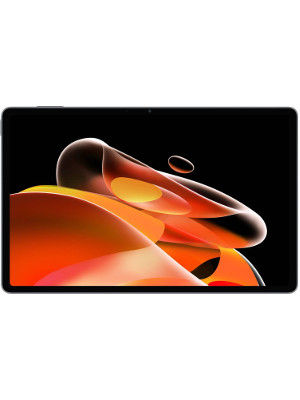 Despite being priced below Rs 30k, the Realme Pad X offers top-notch features with next-gen 5G connectivity. The tab also comes with accessories like a Smart Keyboard and a Pencil. Its window to the world is an 11-inch TFT display with a resolution of 2,000 x 1,200 pixels. For audio, you get quad speakers with Dolby Atmos Sound Effect and Adaptive Surround Sound. The core features of the tablet include the Snapdragon 695 SoC complemented by 6GB RAM and 128GB of built-in storage that can be expanded further up to 1TB. The device ships with Android 12-based Realme UI 3, and is equipped with an 8,340mAh battery that can be juiced up at 33W. The slate also supports reverse charging. In the optics department, the Realme Pad X features a 13MP rear camera and an 8MP selfie camera on the front.

Now there’s no denying that if you’re looking for absolutely the best option out there, then you can’t go wrong with the iPad. The Apple iPad Pro is designed for pro users and comes loaded with über powerful features. It features a fluid 120Hz ProMotion Liquid Retina display measuring 11-inches with True Tone and P3 wide colour. Powering the unit is Apple’s M1 octa-core chip, which offers PC-level performance and works alongside 8 gigs of RAM. As for cameras, there’s a 12MP ultra-wide True Depth snapper on the front and a 12MP wide camera with a 10MP ultra-wide lens combo on the back. Apple also offers four Dolby Atmos speakers on the iPad Pro 11 3rd Gen for a theatre-like sound immersion. You can also unlock additional capabilities with accessories like Magic Keyboard and Apple Pencil. 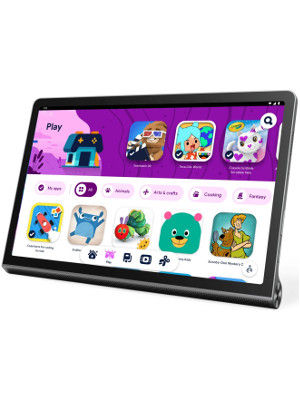 The Lenovo Yoga Tab 11 is part of the brand’s mid-tier portfolio in the subcontinent. If you are familiar with Lenovo’s Yoga series, then you’d know that it’s known for its versatile form factors. The Yoga Tab 11 is no different as it supports Tilt and Hang modes, allowing you to conveniently use it to stream your favourite series or jot down your thoughts. Its 11-inch IPS display offers a resolution of 2,000 x 1,200 pixels. It’s powered by the MediaTek Helio G90T octa-core processor and boots Android 11 out of the box. The tablet features 8MP and 5MP cameras on the rear and front, respectively. The other features include a 7,500mAh battery that supports 20W quick charge, a JBL quad-speaker system that supports Dolby Atmos, and Lenovo Precision Pen 2 support.

Another premium offering, the 2022 iPad Air is the best option available for Apple fans. The flagship tab comes with a 10.9-inch Liquid Retina Display and a resolution of 2,360 x 1,640 pixels. The screen also supports True Tone technology, P3 wide colour, and more, promising sharp and vivid visuals. Under the hood, it draws power from the Apple M1 chipset that offers an eight-core CPU and GPU. For memory, there’s 8GB RAM and 256GB ROM. It also offers 12MP cameras on the front and the back, and Touch ID built into the top button. Multimedia lovers would also enjoy the Dolby-tuned stereo speakers with support for Spatial Audio Playback. Thanks to the iPadOS 15, users would also be able to harness the capabilities of the large screen in a better manner. 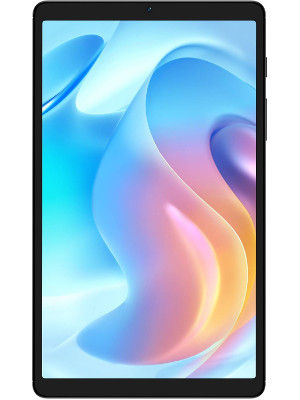 The Realme Pad Mini is an affordable new tablet, which comes as a budget-friendly alternative to the original Realme Pad from 2021. The slate offers an 8.7-inch display with a resolution of 1,340 x 800 pixels that offers modes like Eye Comfort and Reading. Its internals includes an octa-core UNISOC T616 chipset, accompanied by 4GB RAM and 64GB of expandable storage. Software-wise, it runs Android 11-based Realme UI. The Realme Pad Mini has a 6,400mAh battery at its core with 18W fast charging and reverse charging support. For photography, you get a single 8MP primary camera on the back and a 5MP snapper on the front for selfies. 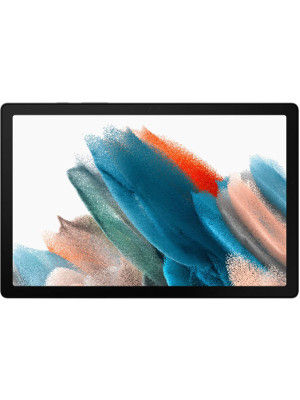 Just like its wide range of offerings in the smartphone space, Samsung has a portfolio of slates in the tablet category. The Galaxy Tab A8 is the brand’s attempt to fend off the competition in the sub-Rs 20,000 segment. The new Tab A series model gets a 10.5-inch TFT display with a full HD resolution. Promising smooth performance is a 2GHz octa-core processor supplemented by 4 gigs of RAM. Taking care of your storage needs is a 64GB memory that can be topped up by another 1TB with the use of a microSD card. You get an 8MP rear camera and a 5MP front camera. The slate runs Android 11, and is fuelled by a 7,400mAh battery Dolby Atmos-powered quad stereo speakers, facial recognition support, Bluetooth 5.0, and 4G compatibility rounds up the rest of the specs.

There you go. We’re sure if you’re in the market for a tablet, you’ll find one for you among these top options whether you are looking for entertainment, work, or education.