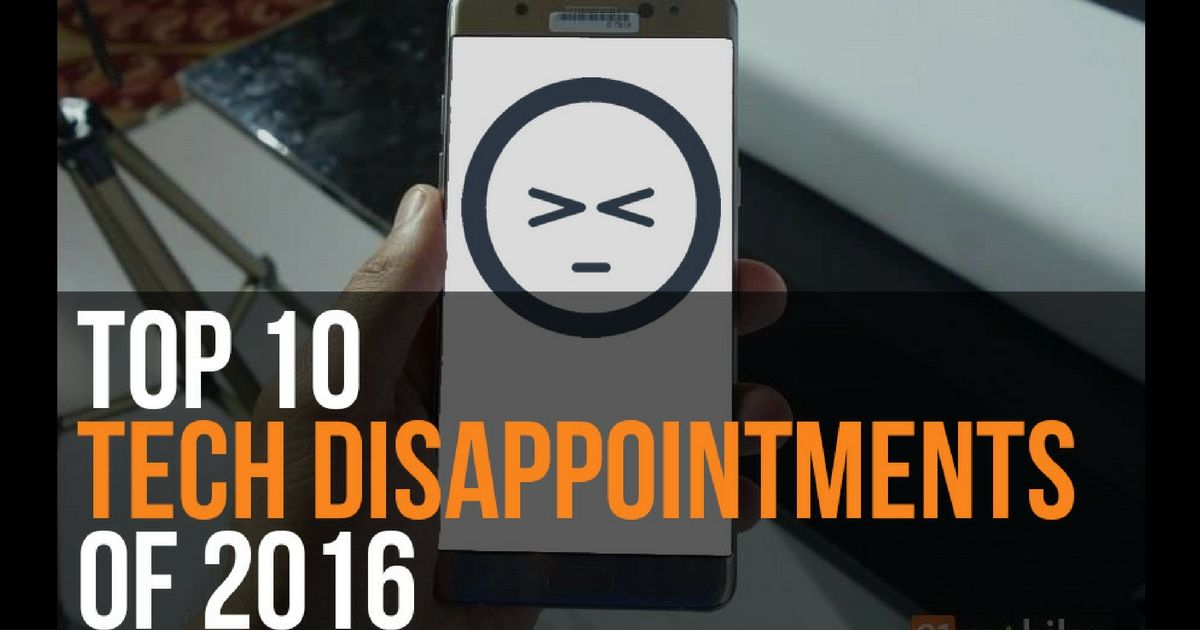 2016 is nearing its end and we saw a myriad of developments in the world of technology during the year. Some were good, and some… not so much. From exploding phones to innovations gone wrong, here’s an ode to the pits of 2016; the things that made us cringe, things we hated, and the things that sucked. So sit back and sigh! 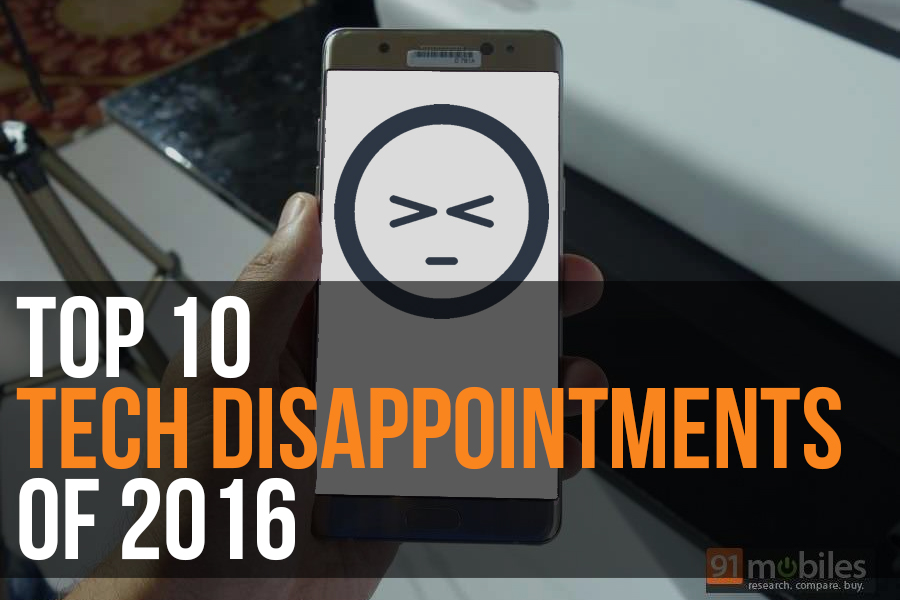 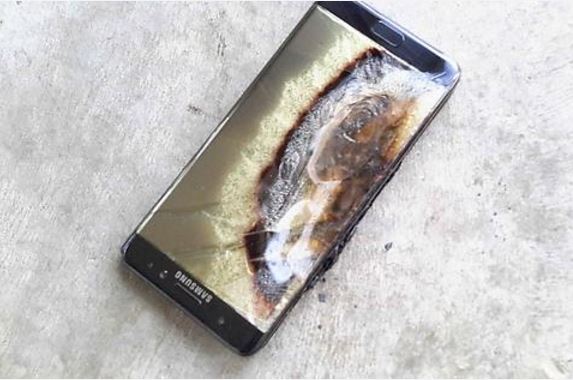 The Korean chaebol did not really have a great year with the Galaxy Note7 (first impressions) burning a hole in its and its customer’s pockets. Even the initial success of its flagship Galaxy S7 (review) was overshadowed by the damage caused by the exploding batteries on the Note7 phablet, which eventually led to Samsung ordering a global recall of the product. The situation was so dire that even the Federal Aviation Administration in the U.S. and the Directorate General of Civil Aviation (DGCA) in India, had both banned the use of the Galaxy Note7 inside flights citing it as a risk. As per recent estimates, as much as $18 billion was lost in the form of market share apart from the loss of face. 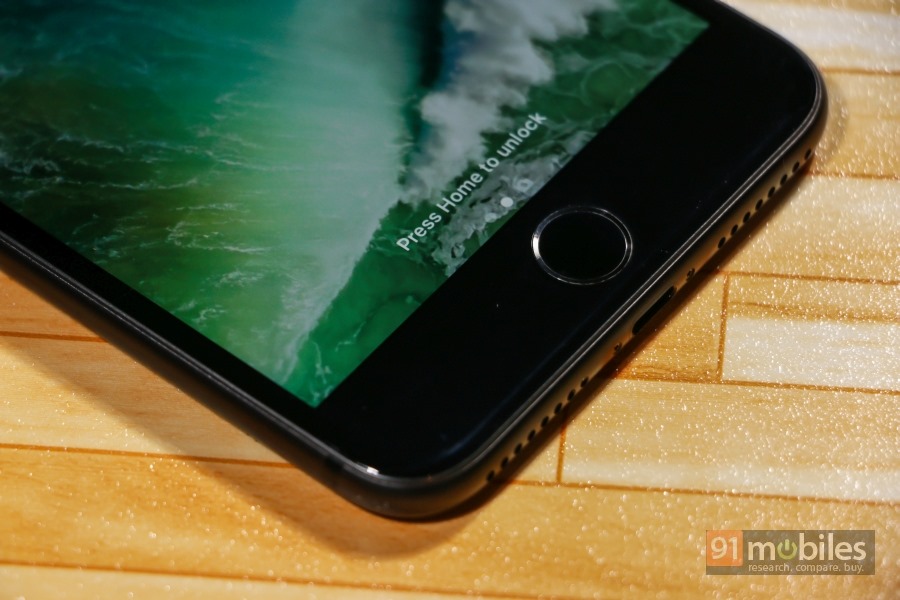 The highly-popular budget smartphone LeEco Le2 (review) and the affordable flagship Le Max2 (review) faced criticism when they launched with stellar specifications but without 3.5mm headphone jacks. Shortly thereafter, Apple followed suit with the iPhone 7 and 7 Plus (review) duo and its wireless AirPods. Although it is a move which should improve the quality of audio which we experience on our devices, the trend is still to find place in the hearts of the average users who perhaps can’t get over the notion of not being able to listen to music while charging their devices simultaneously, yet. 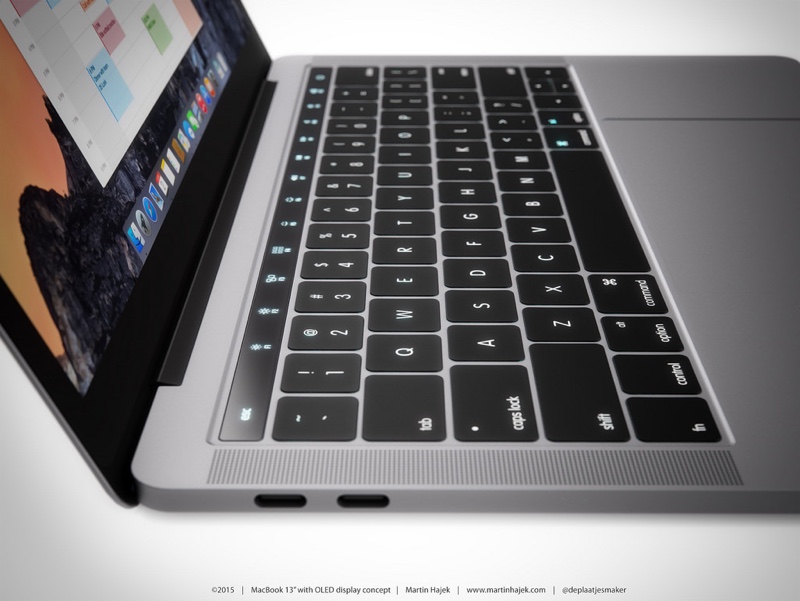 Apple also refreshed its MacBook lineup this year with the inclusion of beefier specifications and an innovative touch-sensitive bar; and excluded of all but four Thunderbolt 3 / USB-C ports. Memes and criticism soon followed as users now need to rely on costly proprietary or third-party adapters for connecting their existing equipment to the new MacBooks, including the HDMI / VGA, memory card, legacy USB and headphone ports. Power users also found little use of the Touch Bar which could get better with time as more intuitive features are built into the applications that support it.

To mod or not to mod, that is the question 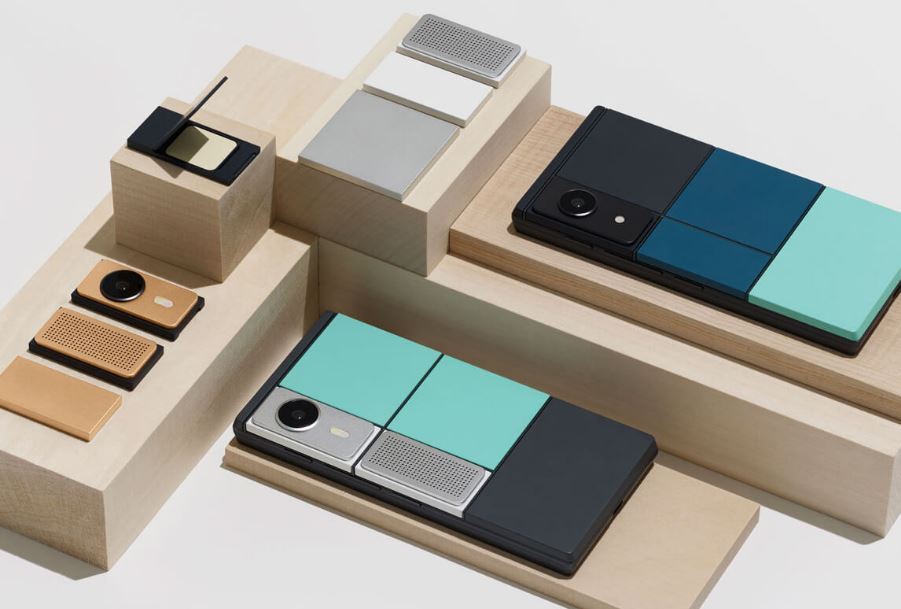 2016 brought us the gift of modularity as a viable concept in smartphones but except the Moto Mods on the Moto Z (review) series of devices, the idea did not go well with most users. The LG G5 (review) for instance, was the first commercial phone to possess detachable modules including a camera grip, high fidelity audio extension and swappable batteries, but lacklustre sales eventually forced the management to decide against opting for mods as the way forward, at least for now. Perhaps the same discontent was also noticed by Google, as it cancelled its much awaited Project Ara and going forward, will be licensing the technology to other partners for further development. Even if we account for the awesomeness endowed by the Moto Mods, the modules are not really worth the money for the added functionality they offer.

The rise and fall of super-cheap smartphones 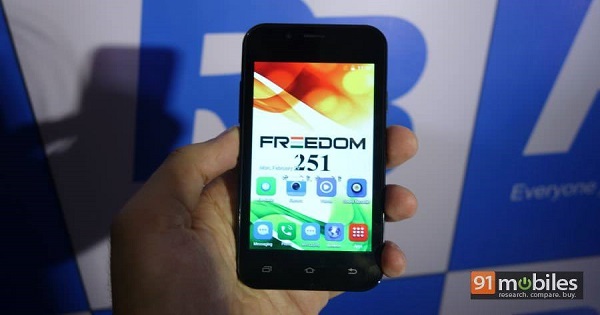 This year we also saw a couple of super-cheap smartphones being announced that never really made it to the majority of the masses at the end. Do Freedom 251 (first impressions) and the Docoss X1 ring any bells? Only recently did the manufacturer of the world’s cheapest smartphone priced at Rs 251 release a press statement that it has delivered around 70,000 units of the Freedom 251, which was since its initial announcement covered with clouds of doubt and heavy speculation. The whole affair even resulted in public protests and government-backed investigations.

All good things must come to an end 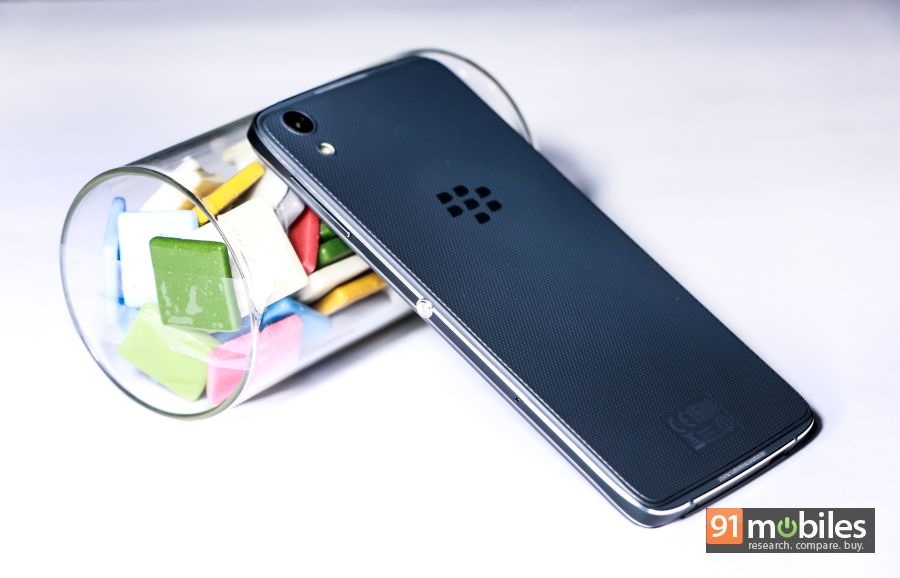 We sure were heartbroken when Facebook and Whatsapp announced that they would be dropping support for their applications on the BBOS platform by the end of 2016, citing low number of users using native BlackBerry devices. But this did not prepare us for the blow that the company delivered when it announced that it would no longer be manufacturing smartphones. Only last week, the company revealed that China’s TCL Communication Technology Holdings Ltd will make and sell BlackBerry-branded phones across the globe.

Acer also shared its plan of ceasing smartphone sales in India owing to its inability to compete with manufacturers like OnePlus, Xiaomi, and even the Micromax-owned YU.

Microsoft too, did not focus on the Windows Phone platform this time around with no new launches in the latter half of the year, failing the expectations of the masses looking for affordable, battery-efficient smartphones. 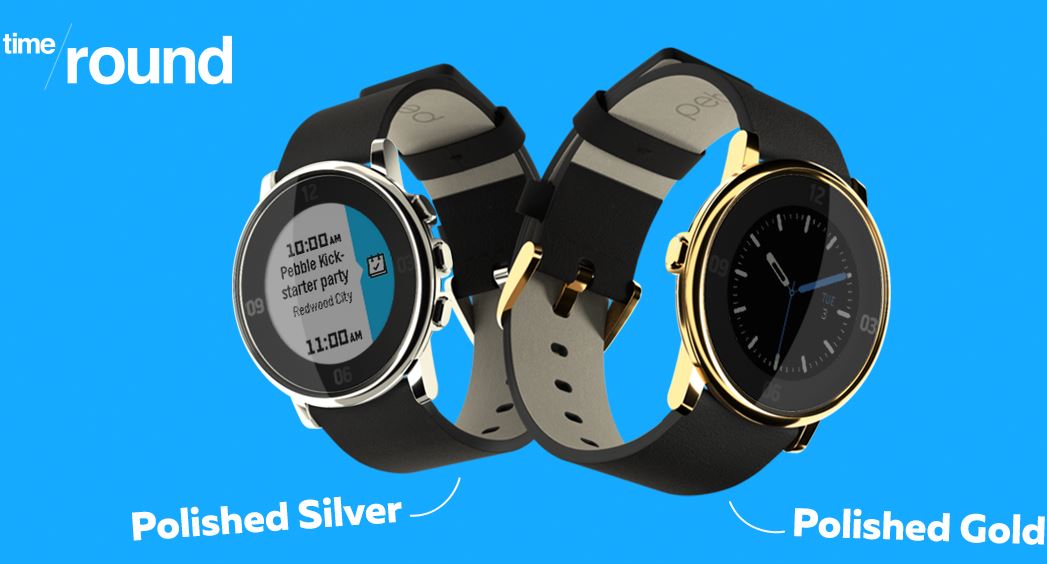 If you ever wonder where the craze for wearables – which dominated headlines in 2015 – has vanished, then join us as we mourn the demise of Pebble and innovation in the world of wearables this year. One would have expected wearables to become more affordable or innovate, only to realise that 2016 did not dwell so well on our hopes. However, we are optimistic as we look forward to 2017, where we expect a new flavour of Android Wear OS to come to light and revive the trend.

Artificial Intelligence … and the lack of it 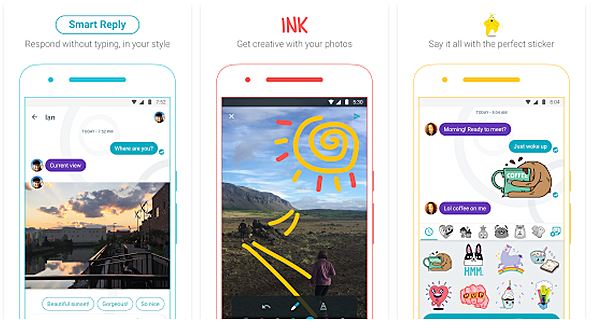 We greeted the convergence of Artificial Intelligence technology with open arms as the majority of the companies either launched a self-serving AI-powered bot to streamline communication with the masses, worked on perfecting driver-less cars or simply found a way to integrate AI into their existing services and products. For instance, Google Allo (review) was one of the more ambitious apps launched this year and we sure love the occasional tinkering with the Google Assistant built into this messenger. However, 2016 only marked the start of such integrations and we are still waiting for the full potential of AI to be unleashed, somewhat leaving us with an unsatisfying feeling as we crave for more. Hopefully, 2017 would bring with it better solutions to practical, real-life problems that AI can help mitigate. 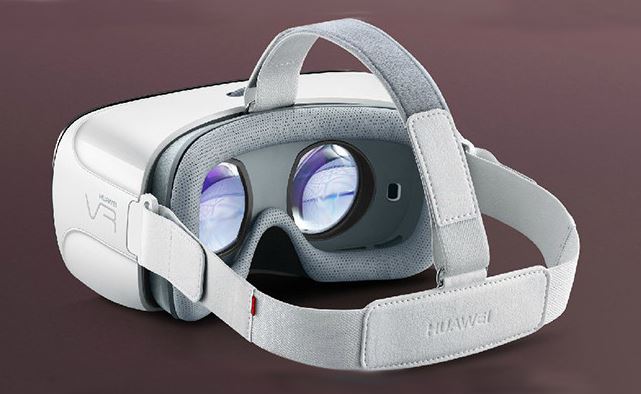 Last year, OnePlus hosted the world’s first ever product launch in virtual reality when it launched the OnePlus 2 (review). The company kept up with this tradition when it launched the OnePlus 3 (review) in a fully-interactive 3D VR environment set in deep space, somewhat reviving interest in the VR along with games such as Pokémon Go (review) showcasing Augmented Reality at its best. However, even though there are several headsets to experience such content, there’s no practical use case that has been developed to suggest that they are really helpful. As with Artificial Intelligence, we are left wanting for more in a field that has an unparalleled potential to change the way we do a lot of things. 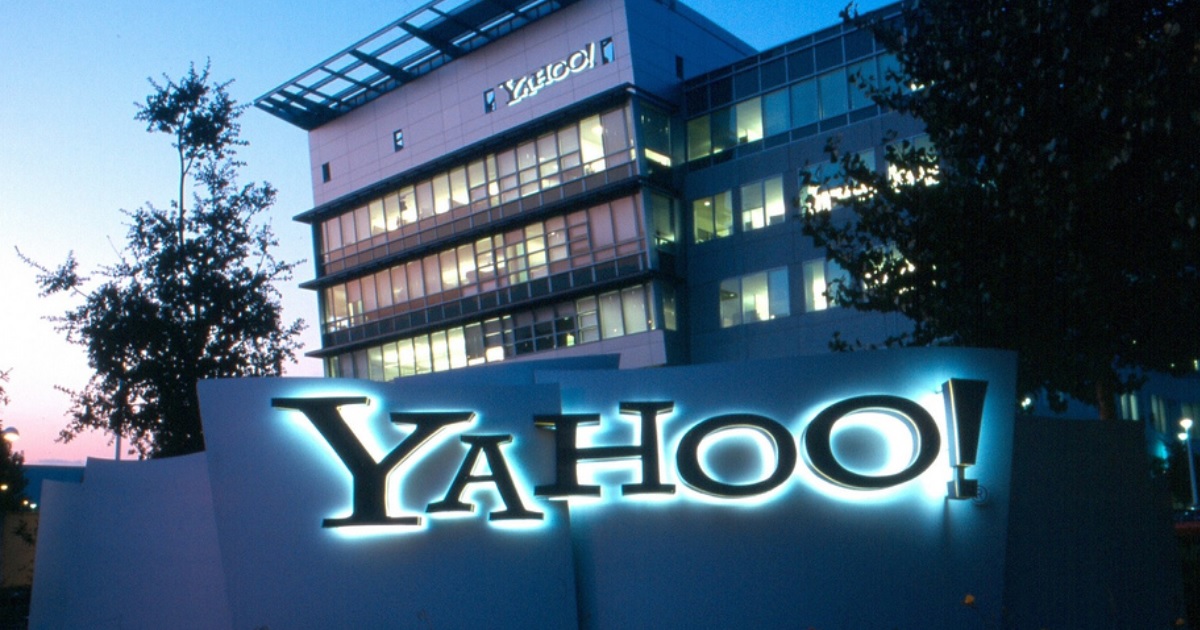 Many security researchers would call complete data security an illusion. However, the growing number of data breaches and cyber attacks that took place in 2016 do raise alarm and discontent amongst the users. Even popular applications such as LinkedIn, Dropbox, and the search engine Yahoo! suffered massive data breaches. Less than three months after announcing a 2014 data breach that affected 500 million users, Yahoo! discovered another breach from 2013 that may have compromised the personal information of a billion Yahoo accounts, making it the largest data breach in history. We hope that companies take the necessary measures to better enforce data privacy of its users next year.