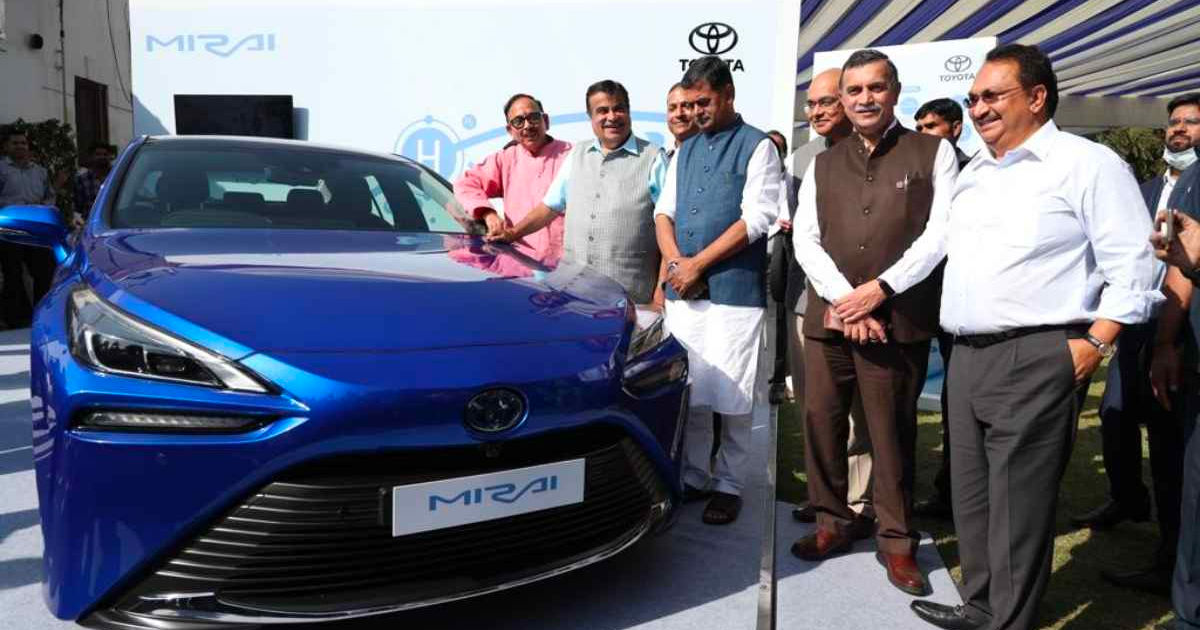 Nitin Gadkari, the Minister for Road Transport & Highways in the Government of India, has unveiled India’s first Hydrogen fuel cell vehicle (FCEV), the Toyota Mirai. Nitin Gadkari has now introduced a new research and development project to investigate and analyze the feasibility of Hydrogen fuel cell-based mobility in India. Toyota Kirloskar Motor along with International Center for Automotive Technology (ICAT) will be conducting a pilot study program to analyze the advanced FCEV in Indian road and climatic conditions. The Toyota Mirai is a global product and is considered to be one of the most advanced FCEV in the world.

Nitin Gadkari, the Minister for Road Transport & Highways in the Government of India, is a popular cabinet minister and is also highly credited for his bold stance in the Indian automotive industry and in the transition of the Indian automotive sector to renewable energy-based transportation. This week, he further strengthens his rapport with the introduction of a new pilot study program that aims to investigate, analyze and report on the feasibility of Hydrogen fuel cell-based mobility in India. To aid this new program, the Indian government has come together with Toyota Kirloskar Motor along with International Center for Automotive Technology (ICAT) for conducting this study. The new generation Toyota Mirai will be deployed to aid the study and has promises to deliver up to 30 percent more range and much better handling than the previous generation car. Major benefits include a high 600km range and can be instantly refilled similar to a gasoline car thus reducing the refill time on EVs massively. Nitin Gadkari also updated that the Toyota Camry Hybrid will be able to use flex-fuel in the future and also added his personal interest in adopting the Toyota Mirai for usage.

India is committed to cleaner energy and a low-carbon pathway for achieving accelerated economic growth, according to the official statement issued by the transport ministry.

Minister Gadkar highlighted how Hydrogen can be sustainably sourced in India via various renewable sources and abundantly available biomass. The interest in the technology comes from the overall benefits of Hydrogen fuel cell-based transportation systems and are likely to play an important role in the low-carbon energy pathways of the future. The Indian Government is also greatly influenced by the great opportunities to decarbonize a range of sectors, including road transportation. Notably, the technology is also gaining unprecedented momentum globally.