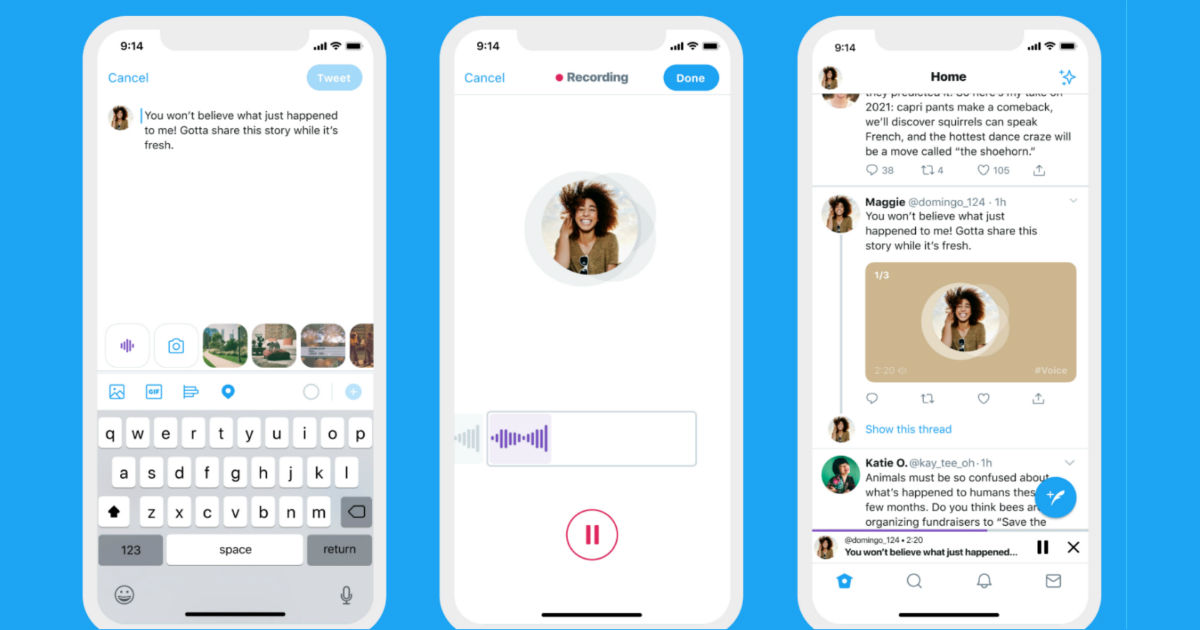 Twitter for iOS has gained the ability to record audio clips and include them in tweets. The feature is being rolled out to a ‘limited group of users’ and these users will now see a new waveform icon beside the camera icon when composing a tweet. Tapping that will bring up a red record button at the bottom of the screen to start recording your message. Once the voice tweet capture up to 140 seconds of audio, a new voice tweet starts automatically to create a thread. Audio can only be added to original tweets, meaning you can’t include them in replies or retweets with a comment.

Rolling out today on iOS, you can now record and Tweet with audio. pic.twitter.com/jezRmh1dkD

“Sometimes 280 characters aren’t enough and some conversational nuances are lost in translation. So starting today, we’re testing a new feature that will add a more human touch to the way we use Twitter — your very own voice,” Twitter’s Maya Patterson and Rémy Bourgoin noted. Furthermore, Twitter says that you can listen to audio tweets by hitting the play button and a dock will surface at the bottom of the app where you can listen to audio tweets while scrolling through the timeline. Interestingly, the audio clips also play in the background even if you switch to another app.

While this is an interesting addition to its platform, Twitter will face a new challenge with the moderation of audio tweets as it continues its fight against fake information and hate speech. When asked about how the feature will make it easier for the deaf, Twitter’s spokesperson said, “This is an early test of audio for us and we’re still exploring the best ways to meet the needs of people with different abilities.” Twitter hasn’t mentioned when it’ll be available for Android.