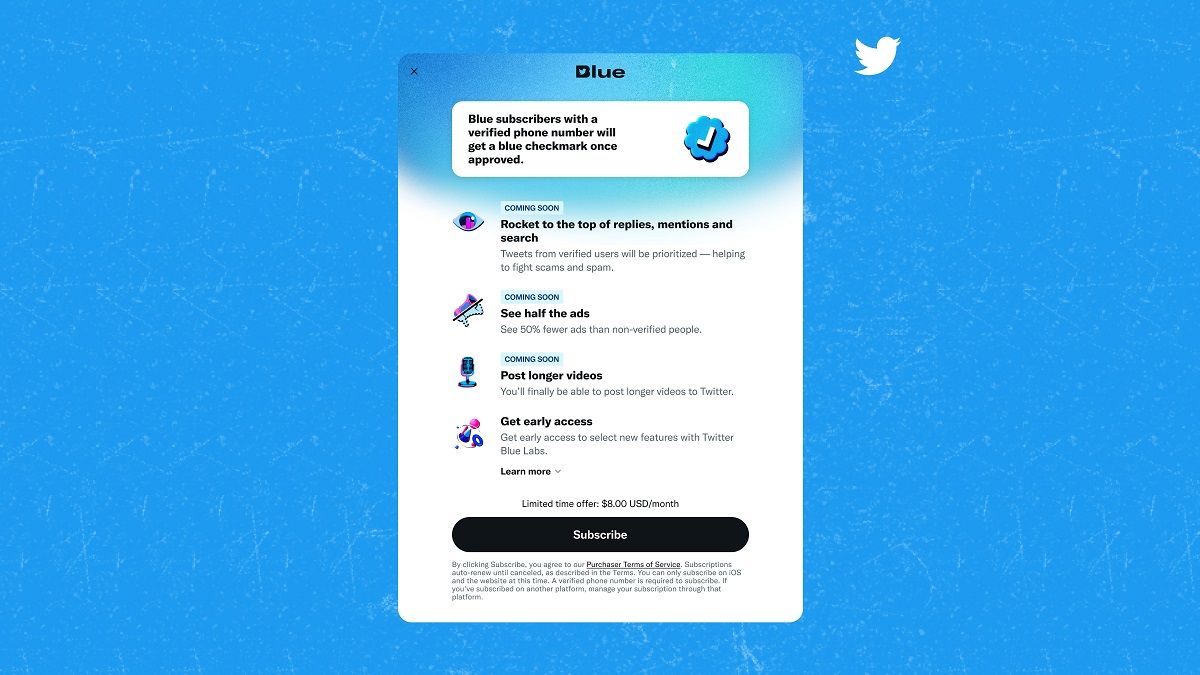 After several rounds of leaks and rumours, the price of the Twitter Blue subscription for Apple users in India has been revealed. Tipster Mukul Sharma has shared a screenshot of the price on the micro-blogging site, but it hasn’t been formally announced by Twitter yet and may alter in the future. As Twitter has relaunched its services, here are a few things you should know about the Twitter Blue subscription, including its price in India.

The report noted that the service on the web would be priced at USD 7 (around Rs 575) per month, but there is no official word on that. The move to price Twitter for iOS higher is likely intended to protest Apple’s 30 per cent share of any payments made by iOS users through applications.

In a few months, we will remove all legacy blue checks. The way in which they were given out was corrupt and nonsensical.

Twitter chief Elon Musk has said that the micro-blogging platform will remove all legacy blue checkmarks “in a few months”. In a tweet, he mentioned that they were given out blue checkmarks “in a corrupt way”. The blue tick was associated with prominent people such as political figures, celebrities, influencers, journalists working in notable organisations, and more.

In order to stop accounts from being used as dummy accounts, the platform has confirmed that phone verification is necessary to receive a verified blue checkmark. Users who select the Twitter Blue service will be given a verified checkmark, just like famous people, organisations, or enterprises. Twitter Blue subscribers have access to longer audio and video-sharing options and they will also have the option to alter their tweets.

According to the platform, the Gold checkmark can already be seen on a number of media and commercial accounts, which indicates businesses. Soon, users will be able to see Grey checkmarks, which will be for the government and multilateral accounts.