Logitech-owned Ultimate Ears has a penchant for designing quirky looking speakers which sound good and can withstand a ton of abuse too. If you’re an outdoorsy person, then I cannot recommend the company’s MEGABOOM to you enough, provided you have the strength to carry it in your rucksack, as the speaker weighs a hefty chunk. Moreover, the speaker is not particularly cheap, so you’ll have to allocate a good sum of your savings to get one. 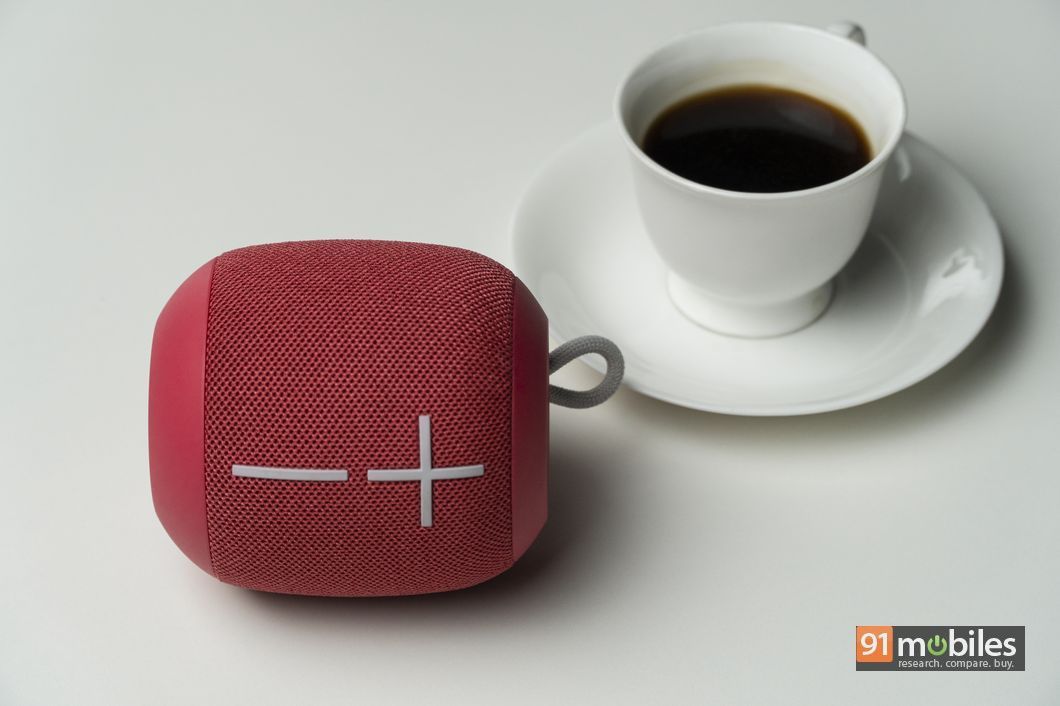 That’s where the company’s Wonderboom Freestyle comes in. It’s light on your shoulders and your wallet too. The speaker was launched last year, but UE has since then given the speaker a cosmetic overhaul and has launched it in five new colours. I’ve been using it for a good two weeks now, and here’s what I make of it.

The UE Wonderboom Freestyle is available in five fancy new colours, including a concrete finish which looks stunning. But, as luck would have it, I was sent the Raspberry colourway of the speaker to review which quite honestly, looks gaudy. That said, if pink is your thing, then you’ll find yourself right at home with the Wonderboom Freestyle’s baby pink hue. 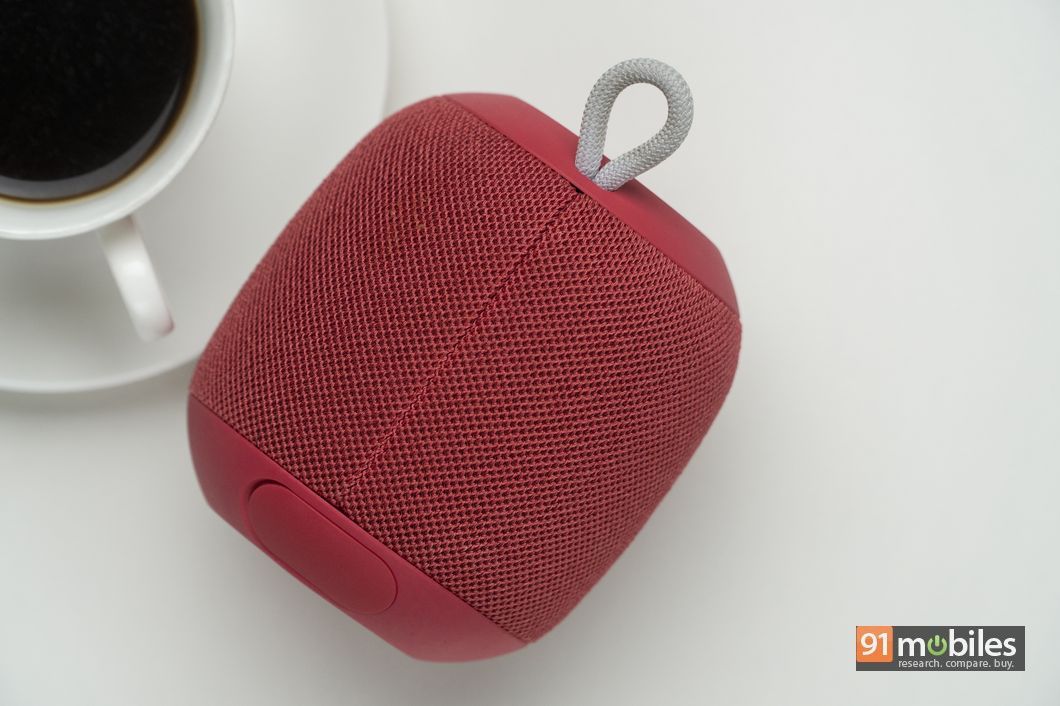 Colour preferences aside, the UE Wonderboom has been designed exceptionally well. The speaker comes in a cylindrical form factor, making it one of the most affordable Bluetooth speakers which can output sound in all directions. The unit comes woven in a fabric mesh material, save for the speaker’s top and bottom which feature a rubberised finish. There’s a small loop attached to the top of the speaker which can be used to hang the unit on wires or hooks too. If you’re worried about smashing the speaker on concrete, then you’ll be glad to know that the Wonderboom has been drop tested and can survive a plunge from up to five feet comfortably.

Adding to the speaker’s durability, the UE Wonderboom comes with IPX7 certification, allowing you to submerge it in water for up to 30 minutes. What’s more, the speaker features a buoyant design, so unlike some of you reading this review, it doesn’t need a foam pad to stay afloat in a pool. 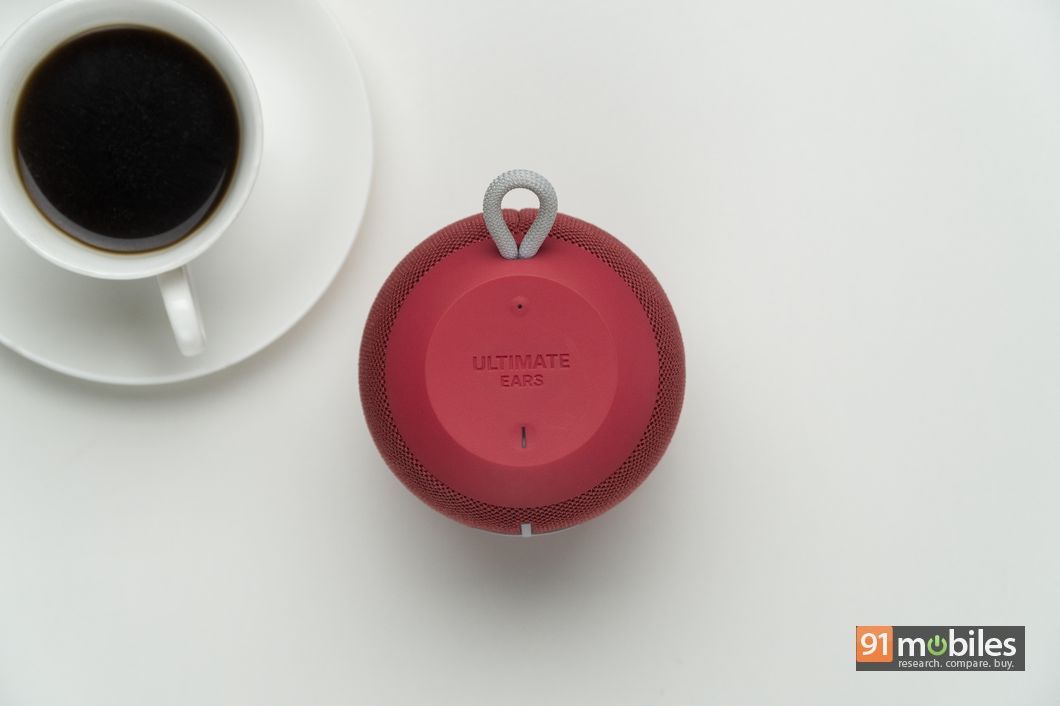 As for the interface, you can operate the UE Wonderboom without having to pull out your smartphone once you’ve paired it with the speaker. The unit comes with a trio of buttons at the top, including a power button, a Bluetooth pairing button, and a music control button which has been cleverly camouflaged inside the brand’s logo. The UE button can also be long-pressed to pair the speaker with another unit of the Wonderboom. 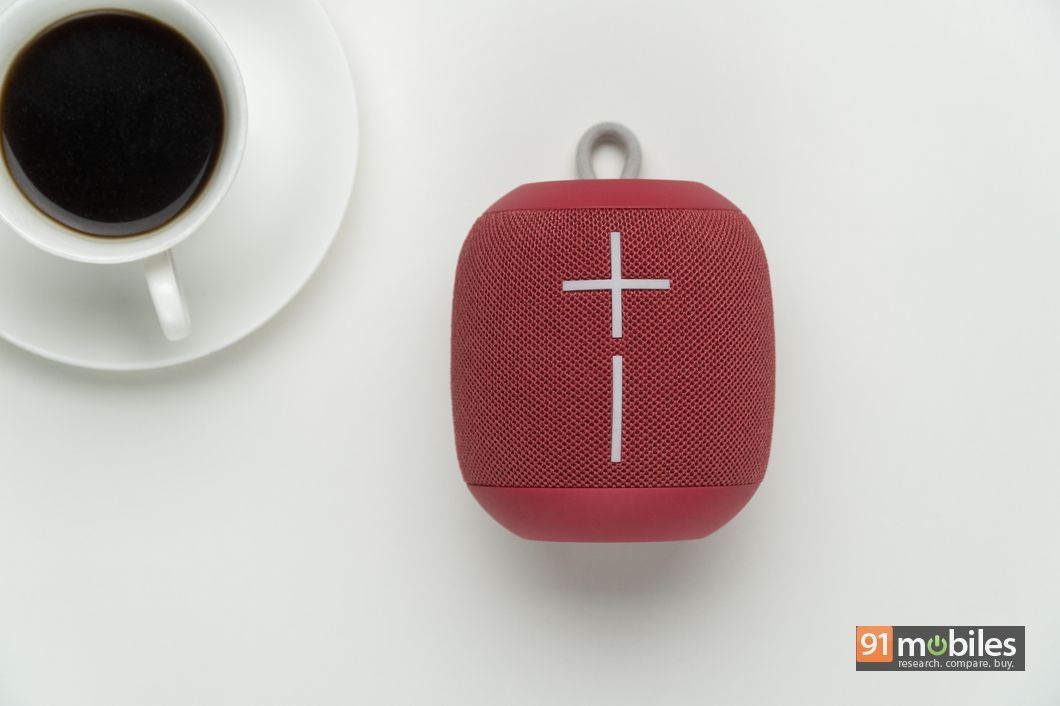 In traditional UE fashion, you’ll get two giant ‘+’ and ‘-‘ buttons emblazoned towards the speaker’s front, which let you increase or decrease the volume. You can press the buttons together to get a gauge on the speaker’s battery life too. Lastly, towards the bottom of the unit, you’ll find a rubberised gasket, opening which will reveal the micro-USB port used to charge the device.

Despite its size, the Wonderboom gets quite loud – 86dBC to be precise. To achieve this, UE has furnished the speaker with a pair of 40mm drivers, which have been coupled with two passive radiators too. In a nutshell, the Wonderboom is a tiny sound cannon, firing loud audio in all directions thanks to its 360-degree design. 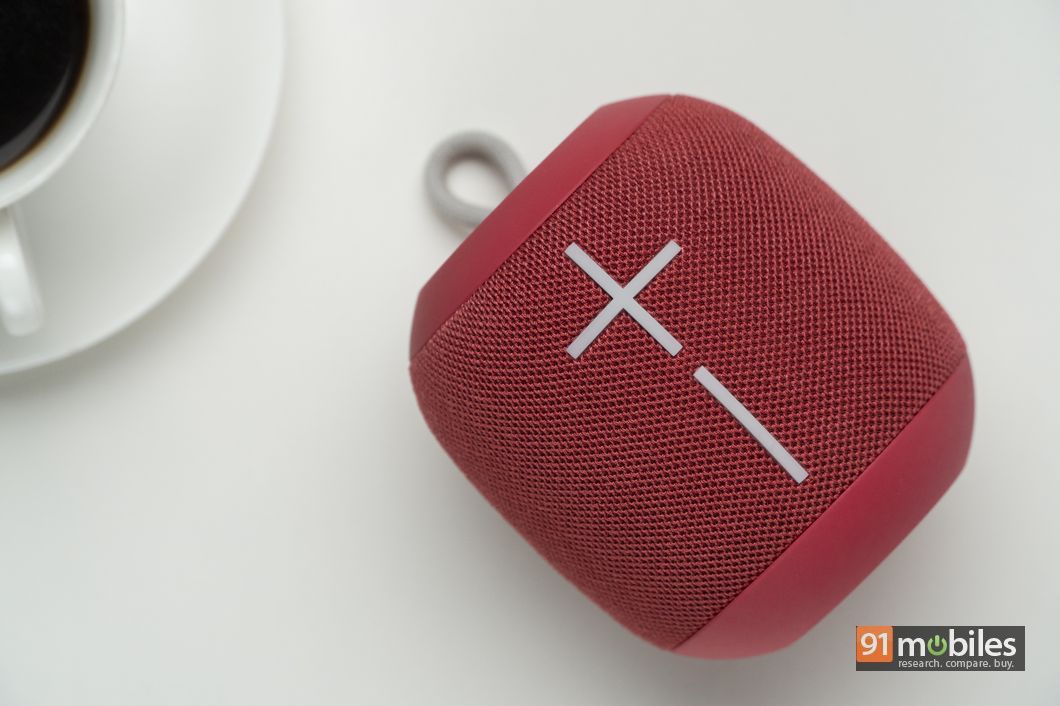 So then, how good is the audio output of the speaker? Well, if you’re a fan of bass-y songs, then the Wonderboom might feel a tad bit underwhelming, but that’s forgivable considering the unit’s size. While I was satisfied with how punchy and tight the beats felt, the impact I was looking for during the chorus of LSD’s ‘Audio’ was just not there. As for the mids, the voices felt slightly thicker and deeper when I was listening to podcasts, but that didn’t take anything away from the listening experience. 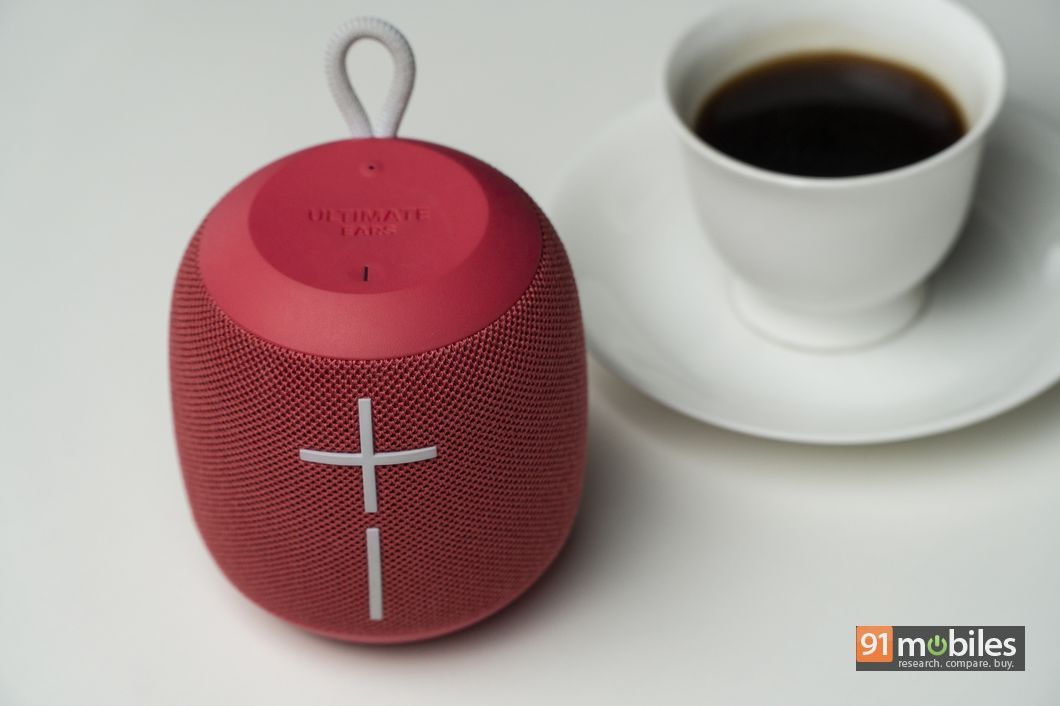 When I switched over to songs, the voices of singers sounded lush, had plenty of details and a wide-enough vocal range for me to enjoy tracks from both male and female vocalists alike. The highs sounded surprisingly sparkly on the speaker, which in layman terms, is audiophile speak for ‘good’. That said, rock songs do distort and sound muddy at higher volumes so you’ll have to keep the volume levels in check if you break out an album by Killers. 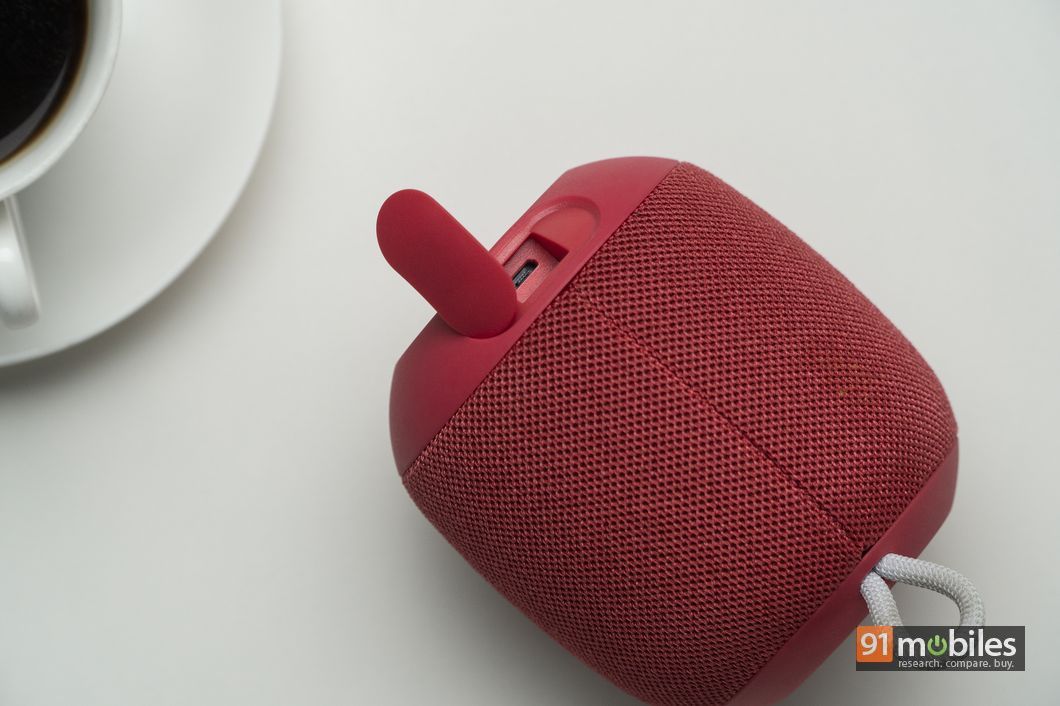 In terms of battery, the UE Wonderboom met the company’s claim and lasted me a whopping nine hours off a single charge. The Bluetooth connection was rock solid for the most part too, and the speaker managed to play my tunes without any audio delays or track skips during the entirety of my review period.

The UE Wonderboom retails for Rs 7,990 in India and for the price, the speaker checks all the right boxes. The unit is extremely durable, gets plenty loud, lasts for a long time and the sound output isn’t all that bad either. That said, if you’re a fan of bass-heavy tracks, then you should take a look at the JBL Flip 4 too, which retails for around the same price albeit offers a much more impactful low-end. 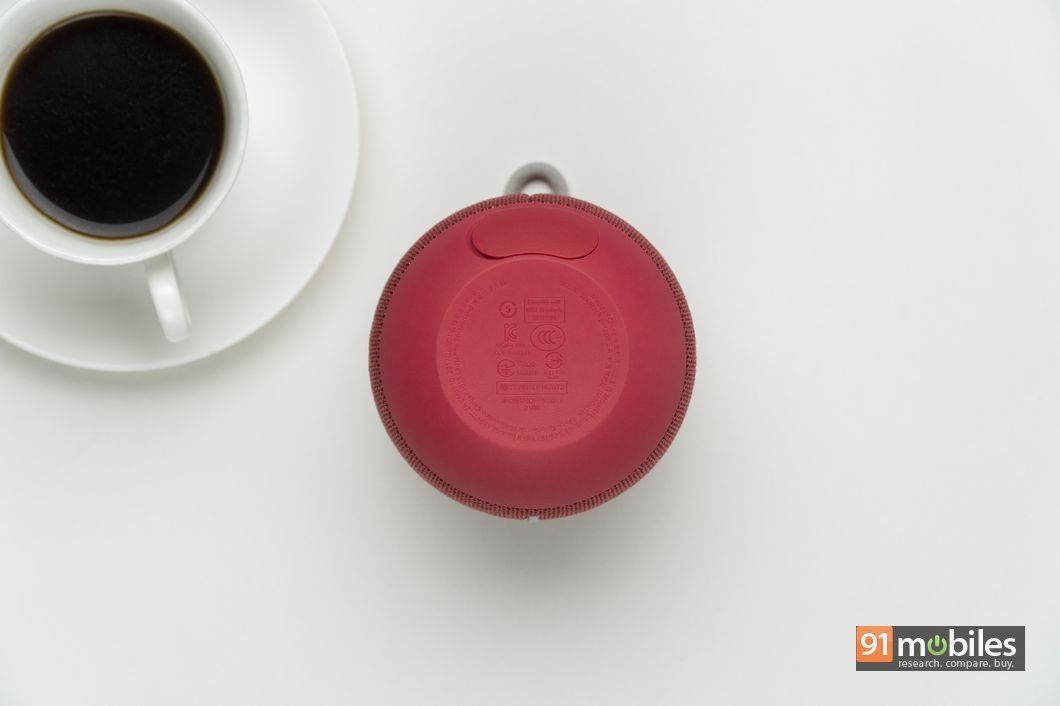 Everything considered, the UE Wonderboom is a solid outdoor speaker and gets a nod of approval from me.