OnePlus Watch is in active development and will be the first smartwatch from the brand. It had recently received IMDA certification with model number W301GB. Now, OnePlus tipster Max J. reiterated the existence of the OnePlus Watch and posted an image on Twitter that suggests that the smartwatch will have a classic circular dial, thereby dismissing speculations that the design will be similar to the OPPO Watch. To recall, the OPPO Watch has a square display similar to the Apple Watch. It now seems that the OnePlus Watch may look more like Vivo Watch that is set to launch on September 22nd in China. 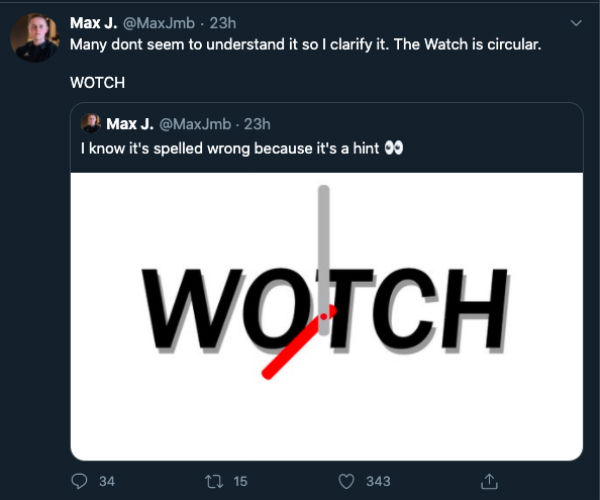 Considering the OnePlus pricing strategy, we can expect the OnePlus Watch to be an affordable premium smartwatch, presumably along the lines as the OPPO Watch that starts at Rs 14,999 in India. Unfortunately, not much else is known about the OnePlus Watch at the moment, but we can speculate it may debut before the end of this year.

Separately, OnePlus is said to be working on a number of new phones that are set to launch in the coming months, starting with the OnePlus 8T with codename Kebab. We also heard of an OnePlus device with the codename Lemonade. The company is also reportedly working on OnePlus Clover with Snapdragon 460 SoC and OnePlus Billie with Snapdragon 690 SoC.