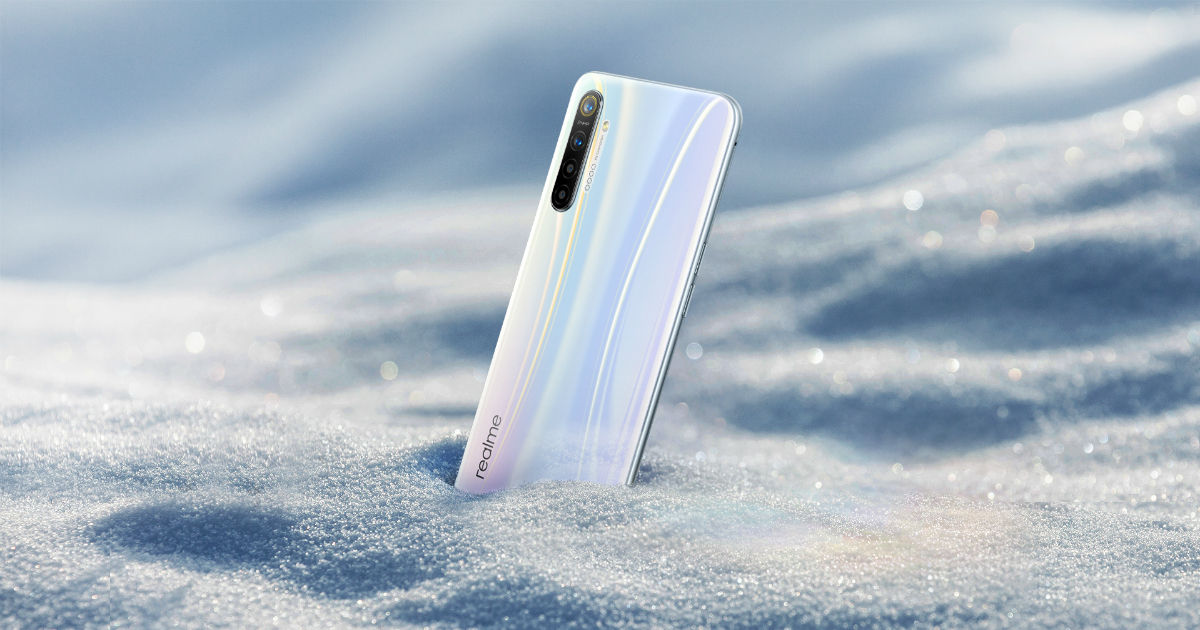 We’re now into the penultimate month of the year, but there are still many a smartphone lined-up to launch in November 2019. These include the unveiling of most-affordable 90Hz display handset in India, the revival of iconic Motorola clamshell phone with a foldable screen with the Moto RAZR 2019, a new version of Redmi Note 8 series, first 5G smartphone from Huawei sub-brand Honor, and more. So, in case you somehow missed the festive season sales or didn’t find the smartphones launched so far convincing enough to buy, November should have you covered.

Here’s a list of phones launching in November 2019 in India as well as globally.

Upcoming phones in India in November 2019

The Realme X2 Pro will be the most-awaited phone launching in November 2019 in India. The handset is the first-ever flagship from the brand and could hinder the sale of the Redmi K20 Pro smartphone. The Realme X2 Pro has already been launched in China where it’s the most affordable handset with 90Hz display. The handset is slated to be unveiled on November 20th in India where all the eyes will be on its price. Talking about the specifications, the Realme X2 Pro packs a 6.55-inch Fluid AMOLED Full-HD+ display with HDR 10+ support and Snapdragon 855 Plus SoC ticking at its core.

The phone also features an in-display fingerprint scanner, a waterdrop notch that houses 16-megapixel selfie shooter, and a quad-rear camera setup that bears Samsung’s 64-megapixel ISOCELL GW1 sensor. The Realme X2 Pro houses a 4,000mAh battery with a whopping 50W fast charging support, which is among the best in the smartphone industry. Software-wise, it boots Android 9 Pie-based ColorOS out of the box. Realme may also launch its fitness band alongside.

The Honor 9X series could finally launch in India in November. The lineup, which includes the Honor 9X and Honor 9X Pro smartphones, is the latest mid-range offering from Huawei subsidiary Honor. The handsets were originally announced back in July in China as the brand’s first pop-up selfie camera offerings. While the smaller Honor 9X has Kirin 710F SoC ticking at its core, the Honor 9X Pro is powered by a slightly better Kirin 810 mobile platform.

Both the phones have a side-mounted fingerprint scanner and a 48-megapixel Sony IMX586 primary camera paired with 2-megapixel secondary sensor (there is an additional 8-megapixel wide-angle lens on the Pro variant) at the back. The Honor 9X series is fueled by a 4,000mAh battery and runs EMUI 10 atop Android 9 Pie out of the box. They could be the last could be the company’s last phone to use the software, if the ongoing US ban is not resolved. While the company hasn’t announced the Honor 9X series India launch date yet, it recently began an early bird program where lucky fans can get a chance to experience this phone ahead of the global launch.

The Vivo V17 could be the affordable version of the recently launched Vivo V17 Pro smartphone. The handset is likely to be announced in the second half of November in India. The company hasn’t confirmed it yet, but looking at the launch pattern from earlier this year (when Vivo V15 was launched in India just a month after the Pro model was unveiled), the Vivo V17 might just go official next month. The handset may come with the same pop-up dual selfie camera design, front camera setup, and quad-rear cameras as its sibling. The difference is likely to be a slightly weaker chipset, RAM and storage configuration.

For those unaware, the Vivo V17 Pro is powered by Snapdragon 675 chipset and paired with 8GB RAM and 128GB user-expandable storage. The handset sports a 6.44-inch Super AMOLED Full-HD+ display, in-display fingerprint scanner, and 48-megapixel quad-camera setup at the back. The front camera gets a 32-megapixel + 2-megapixel shooters for selfies and video calling. A 4,100mAh battery with fast charging battery fuels the V17 Pro, while the FunTouchOS atop Android 9 Pie takes care of software side of things. The Vivo V17 Pro price in India is set at Rs 29,990.

The Realme 5s has been rumoured to be the upcoming affordable smartphone. The handset has been spotted on India’s BIS and Thailand’s NTBC certifications authority. Realme could unveil the 5s alongside the Realme X2 Pro at an event in India on November 20th. While the Realme 5s specifications are unknown at the moment, it’s believed to be watered-down version of the Realme 5, which was launched in August. The handset could replace the company’s Realme 3i budget offering.

The Moto RAZR 2019 has been among the most-anticipated smartphones of the year. It’ll be most likely see the light of day at Motorola’s launch event on November 13th. The Moto RAZR 2019 is expected to be a foldable smartphone that could come clad in the classic clamshell design. The handset is rumoured to have a compact form factor when folded vertically and sport dual screens and mid-range Snapdragon 710 processor.

The primary foldable display is said to have a 6.7-inch OLED panel that bears 876 x 2,142 pixels resolution, HDR10+ support, and a wide notch up top. The secondary cover display is expected to come with 600 × 800 pixels resolution and can reportedly be used to check notifications at a glance when the handset is folded. The Moto RAZR 2019 will most likely run on Android 9.0 Pie with a near-stock interface. The phone could feature 4G LTE connectivity, 4GB/ 6GB of RAM, 64GB/ 128GB storage onboard, single-camera setup, and a rear-mounted fingerprint scanner. The Moto RAZR 2019 price is likely to be around $1,500, which roughly translates to Rs 1,07,000 in the Indian currency.

The Honor V30 (aka View 30) series is confirmed to launch in November in China. The handsets will be the flagship offering and the first from the brand to offer 5G connectivity as well. The series will include the regular Honor V30 smartphone and a Pro model that is rumoured to ship with an OLED panel that bears punch-hole for dual selfie cameras. The Honor V30 Pro is also expected to house quad-camera setup with 60-megapixel primary sensor, a beefy 4,500mAh battery – backed by 40W fast charging support, and wireless charging (reverse, as well).

The Honor V30, meanwhile, could feature a punch-hole LCD panel, a single selfie shooter, 60-megapixel triple-rear camera setup, and a 4,000mAh battery with 22.5W SuperCharge support. Both the Honor V30 and Honor V30 Pro are tipped to be powered by the flagship Kirin 990 SoC that also rocks Huawei Mate 30 series. The lineup would boot an open-source Android 10-based EMUI 10 out of the box, and hence, lack Google support and services, including Google Maps, Gmail, YouTube, and more.

The phone is powered by a Snapdragon 665 mobile platform, and paired with a 4,000mAh battery with 18W fast charging support. The phone boots MIUI 10 on top of Android 9 Pie out of the box and offer connectivity options such as dual-SIM slots, 4G LTE, Wi-Fi, Bluetooth, GPS, USB Type-C, 3.5mm headphone jack, and more. The Redmi Note 8 price in India starts at Rs 9,999.

Xiaomi’s Mi CC9 series may get a new variant in the form of the all-new Mi CC9 Pro smartphone. The handset will allegedly be a mid-range smartphone that could rock gaming-centric Snapdragon 730G SoC and a whopping 108-megapixel primary rear camera. Software-wise, the Mi CC9 Pro is likely to run Android 10 with MIUI 11 custom skin out of the box. The phone is expected to flaunt a 6.4-inch full HD+ AMOLED display with a waterdrop notch for a 32-megapixel selfie camera and an in-display fingerprint scanner for security.

The phonemaker will reportedly ship the Mi CC9 Pro with 6GB of RAM and 128GB storage that should be user expandable. Other highlights may include a 13-megapixel ultra-wide-angle lens + 8-megapixel telephoto camera at the back, 4,000mAh battery with 30W fast charging support, NFC, and an IR blaster to control consumer electronics. The handset will allegedly be priced at RMB 2,599 (around Rs 26,100). There is no word on the Mi CC9 Pro launch date yet, but since it recently bagged 3C certification, we can expect the phone to launch soon.

Vivo will reportedly refresh the lineup of its S-series with the launch of the Vivo S5. The handset is likely to make its debut in China in November and later head to other markets including India. Going by the leaks and rumours, the Vivo S5 will seemingly rock a different design compared to its predecessors the Vivo S1 and Vivo S1 Pro. The phone may sport gradient finish and diamond-shaped triple camera module at the back, including a laser autofocus sensor and an LED flash. That’s all the information we can divulge at the moment.