91mobiles.com
Home Break through Smartphone tech to look forward to in 2016 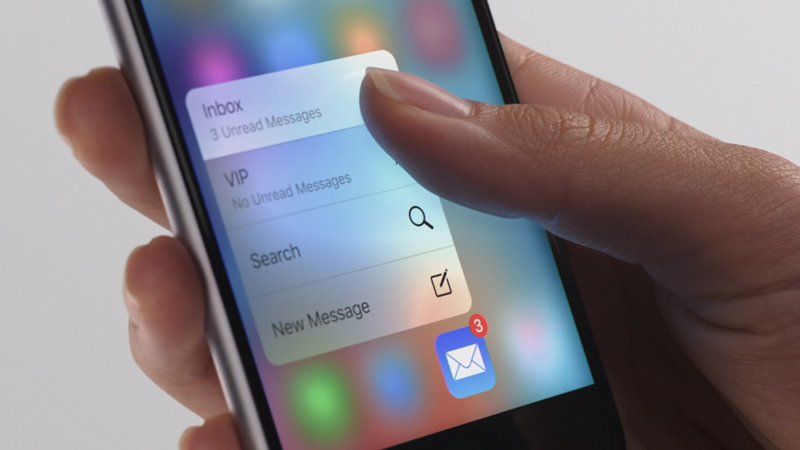 “The year 2016 should have lots in store as far as technological breakthroughs in smartphones are concerned”One can say without a doubt, that 2015 was a year of major technological advancements as far as smartphones are concerned. We witnessed the inevitable jump from QHD to 4K displays, we saw fingerprint scanners become a trend, we observed as the OEMs pushed the boundaries of what a smartphone can do, All this demonstrates how far we have come and how much further we can go, Hence making us even more optimistic about what 2016 might bring to the table when it comes to smartphones. Let’s take a glimpse at what 2016 might be able to bring to the consumers.

Surely, you’d have heard about 3D Touch technology that has been making waves in the news since the release of the Apple iPhone 6s and the Apple Watch. 3D Touch is basically a more advanced version of the force touch technology, which allows a touchscreen device to distinguish between microscopic changes in the force being applied and hence, distinguish between a touch and a tap. As seen in both Apple iPhone 6s and Apple Watch. It gives users access to the ‘Quick Action’ feature which allows users to carry out daily routine tasks such as sending an e-mail or setting an alarm without actually opening up the specific app.

Many of the well-known OEMs are rumoured to adopt the 3D Touch or force touch technology in their upcoming flagships, particularly the much-anticipated Samsung Galaxy S7 (and it’s possible variants) which is due for announcement before or at MWC 2016. All we can say is we’re quite electrified at the thought, and can’t wait to see how it evolves.

Ever since the release of the Qualcomm Snapdragon 810 SoC, overheating has been a major issue in most flagship smartphones that utilised this chip. Devices like the HTC One M9 that housed the newest from Qualcomm would reach temperatures north of 50°C when subjected to heavy usage. Every OEM had its own way of tackling the problem, some suppressed the SoC to prevent overheating and some made their own modifications in the software build to avoid the issue. It all worked at their own levels but it was still not enough, it was then when the concept of using liquid cooling in a smartphone was thought of. Liquid Cooling is basically the reduction of heat in electronic or mechanical devices by using a non-conductive liquid running through several loops inside the device. Although this has long been a trend among enthusiasts who want to overclock their PC processors without frying the whole component, it was time that it needed a port to smartphones. This time Microsoft was the first to turn the concept into a reality in their newest additions to the Lumia line up – the Lumia 950 and 950 XL (first impressions). 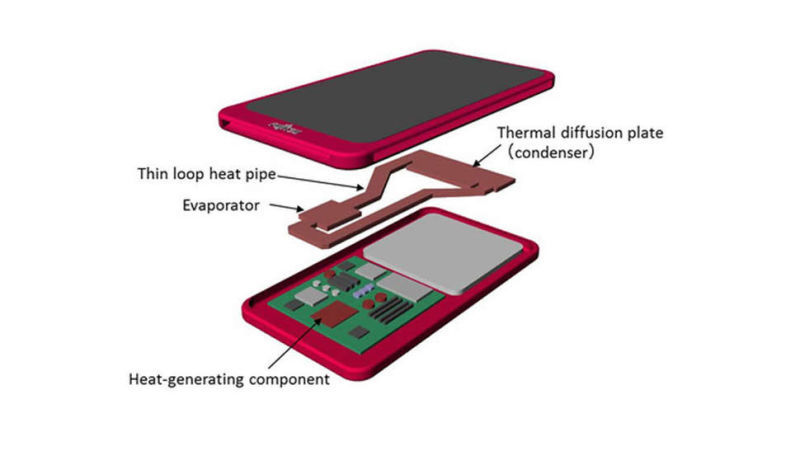 The latest from Microsoft make use of a heat pipe with cooling liquid inside, which rests right over the SoC. When the liquid is heated, it evaporates and moves to the condenser where it turns to liquid state again, ultimately resulting in keeping the CPU’s temperature within an ideal range.  Looking at the pace at which the SoC clock limit is increasing, it turns out that liquid cooling will not just be luxury but a necessity in smartphones. Therefore, it’d be safe to say that there’s a good chance that phones in 2016 will already be starting to adopt the technology, ultimately giving more power to our daily drivers and hence, to us.

Modular Phones – next ‘block’ to change?

This is probably the thing that most people have been waiting for. A modular or ‘block’ phone is technically a smartphone which you can build according to your own needs. Need a better camera in your smartphone? Just remove the camera block and replace it with a better one. You love music? Well, just get a better speaker module and snap it on your smartphone. Let’s just explain it in a simpler and more nostlagic way, it’s an actual working smartphones made with something like Lego Blocks. If you don’t like a component you can just take it off and replace it with a better one, in theory at least. This whole concept of a modular phone started with YouTube video name “PhoneBloks”. The concept had the potential to revolutionise the tech industry and Google saw that. And so, Project Ara was born. Google has already demonstrated a working prototype of the modular phone and it’s rumoured to be out in 2016 to consumers. 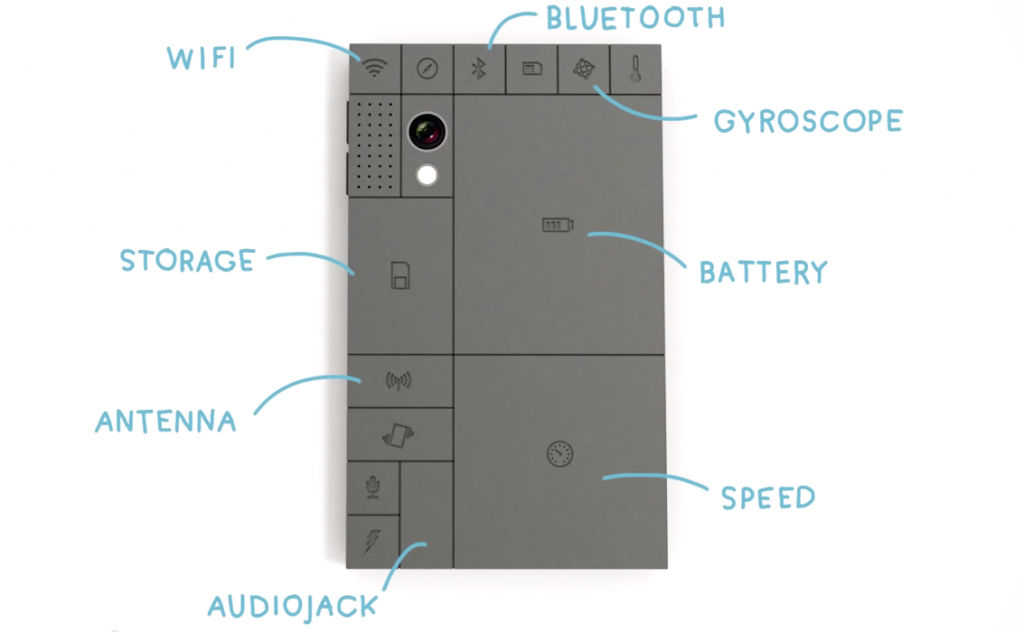 Modular phones are the next logical step into changing our tech industry into something more innovative, efficient and environment friendly. 2016 may be a year of major technological progress but as far as the idea of having a modular phone as your daily driver goes, it’s something that is on a whole another level when you think about it.

Smartphones are something that play a vital role in our life now. We all love how the technology is progressing but there’s still one thing that troubles us despite all the goodies we get – battery power. With the QHD and UHD screens coming into play, there’s no hope left for getting a decent screen on time on our smartphones. Several OEMs are coming up with their respective power saving modes but they rarely improve the battery life without affecting performance. Thankfully, there’s a saviour. Bodle Technologies claims to have created a screen that hardly uses any of that precious battery juice, and are talking about smartphones that can go on for days without a charge. The concept here is that the screen will run on electrical impulses rather than actual battery power which drain little or no battery at all. Hearing all this makes us think about the quality of the screen, will it still be as bright and vivid as present devices? Will we be able to read the screen in bright daylight? Bodle Technologies says yes. The screen will still be sharp, bright and vivid even by today’s standards. That’s some major breakthrough. 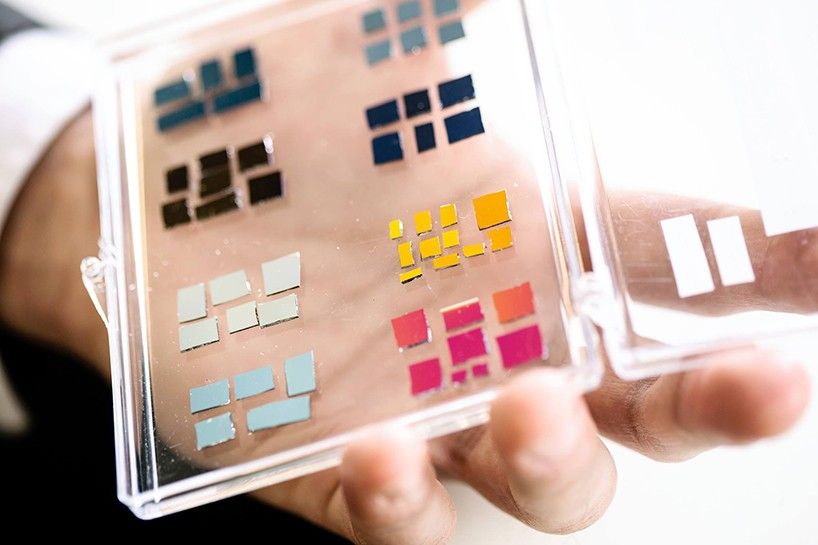 We’re all fine with the FHD displays, because compromising on battery life just for a few extra pixels isn’t worth it if yuo ask us, but if what Bodle Technologies claims is true then the QHD and UHD displays might become something that is truly worth buying.

The inevitable issue, as discussed in the previous segment, which really brings down the enjoyable experience on a top-notch smartphone is the battery life. Now there are two possible solutions to it, either design a smartphone which hardly puts a strain on the battery or give us something that allows us to charge our devices considerably faster. Fortunately both our wishes seem to be coming true. Qualcomm has already announced the updated version of its Quick Charge technology which goes by the name of ‘Quick Charge 3.0’. It’s boasting of how it can charge your device from 0 to 80 percent battery levels in merely 35 minutes. Quick Charge 3.0 will accompany the next generation of Qualcomm processors and will arrive sometime in early 2016. 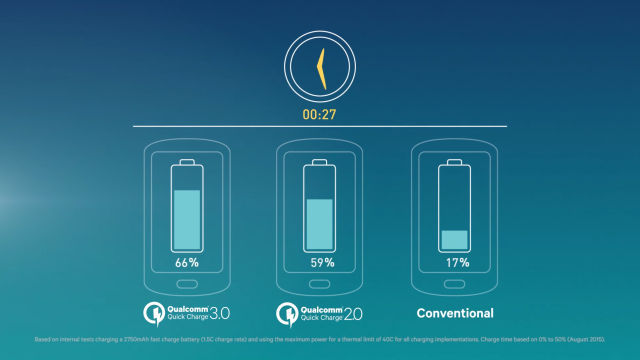 This is just a peek of the smartphone technology 2016 could have in stores for us. Who knows what other surprises might be waiting for us by the end of the year? Maybe you’ll be reading the next year’s article on your very own modular phone. Here’s one for the hope. Cheers.
ShareTweetShare
Previous article[CES 2016]: LG introduces the mid-range K7 and K10 smartphones
Next article[CES 2016]: Acer introduces the Aspire V Nitro Black Edition and TravelMate P648 notebooks

Huawei sold over 6.9 million 5G phones in 2019, a little more than Samsung