Home Auto Upcoming Sony-Honda autonomous EV will have a PS5 built right into it!
Highlights 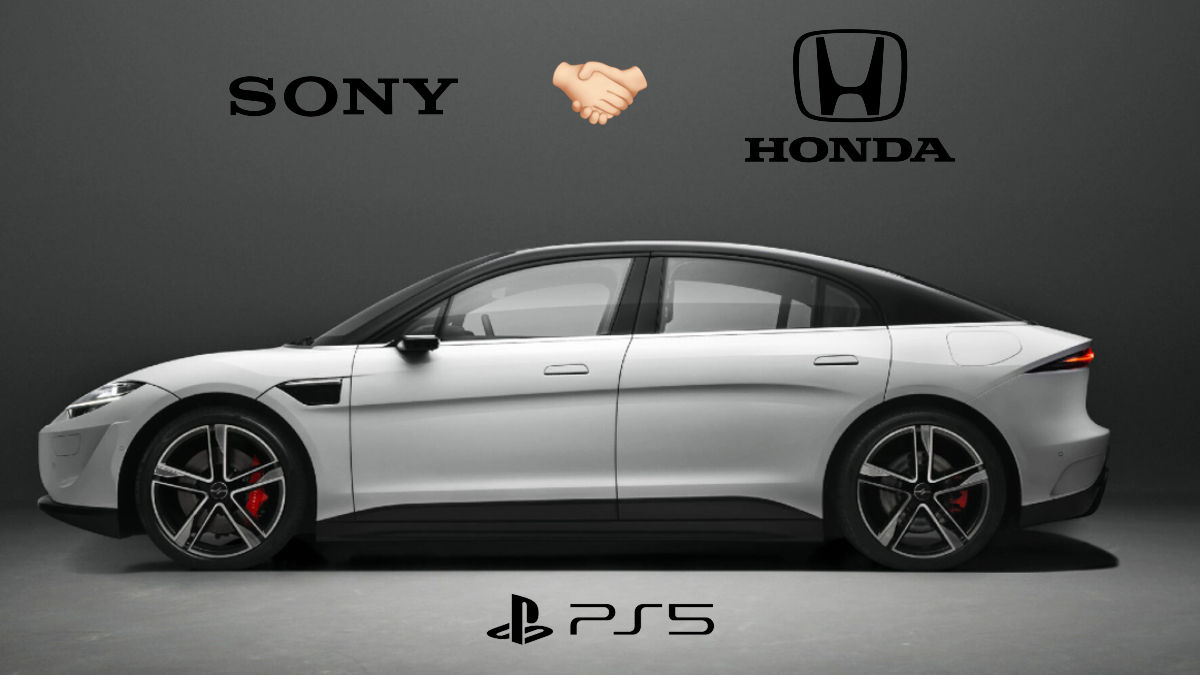 Sony and Honda might be working on a new autonomous EV that could have a PlayStation 5 built right into it. The two Japanese powerhouses went into a joint venture earlier this year and decided to pool their respective technological prowess to create a sustainable mobility product. The product could be similar to the VISION-S concept that Sony showcased back at CES 2022. The two companies aim to showcase a deliverable in 2025 and start taking orders right after. Deliveries are expected to commence in 2026.

Sony-Honda EV to get a PS5 built in!

Sony-Honda JV that could spawn a Level 3 autonomous EV in the near future could also get a full-blow PlayStation 5 built right into it. Reports suggest that the electric vehicle that would come from the joint venture between the two Japanese bigshots could have a PS5 integrated into its infotainment system.

On the topic, Izumi Kawanishi, President, Sony Honda Mobility, stated that it is “technologically possible”. According to Kawanshi the upcoming EV will be an enjoyable place as the majority of the driving is to be done by the vehicle itself. Yasuhide Mizuno, chairman of Sony Honda Mobility, in a statement, said that objective was to “develop a car as hardware that will cater to the entertainment and network we would like to offer”.

The joint venture between the technology powerhouse Sony and the seasoned automaker Honda will come through with to create an autonomous electric vehicle that is expected to hit the US market in the coming years. The new EV will incorporate mechanicals that would be manufactured by Honda while the electronics will come from Sony. The vehicle will be kitted out with integrated sensors and tech required for autonomous driving. The JV seeks to challenge the likes of Tesla and Lucid in the US market. Thus the upcoming EV could be understood to be one of the more premium offerings catering to the higher end of the market.