91mobiles.com
Home News Vaio to launch a new range of laptops in India on January...
Highlights 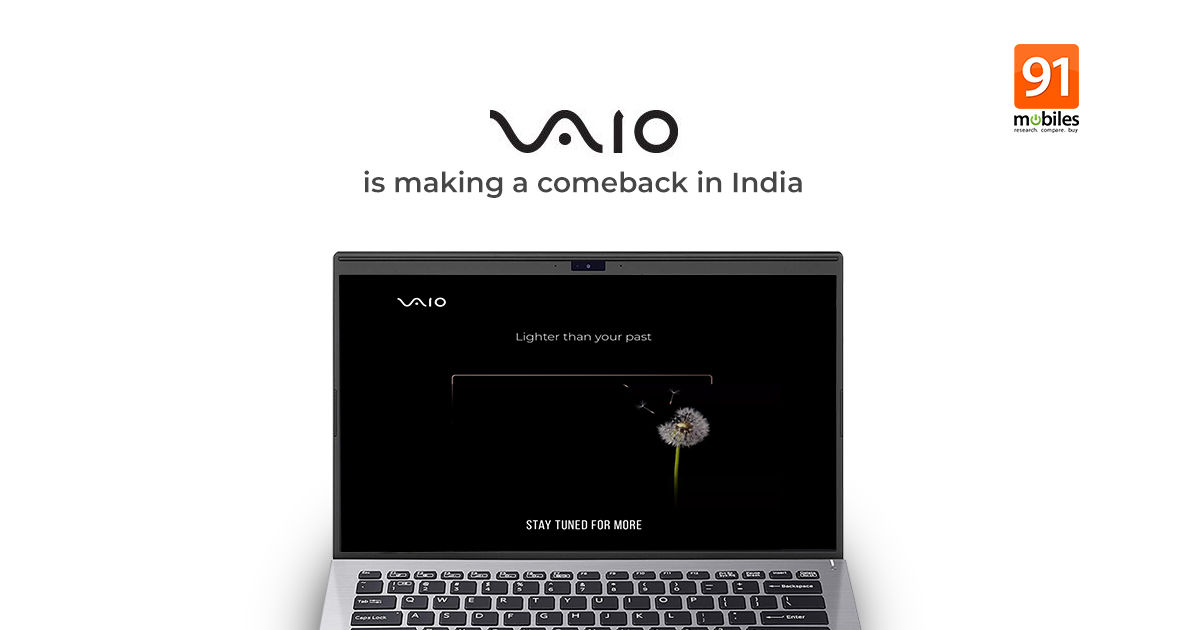 Vaio-branded laptops from Sony managed to make quite a buzz back in the brand’s heyday. However, the brand could not keep up with the ever-changing marketplace and after Sony decided to sell the majority of its PC business, Vaio started to act as an independent brand (started launching laptops again from 2018). While the brand was operating in other regions already, last month, a teaser on Flipkart told us that Vaio was all set to make its comeback in India as well. The news is now official, as Vaio has officially confirmed that it will release laptops in India soon. Vaio has set January 15th as the release date of its yet-to-be-announced laptops, which will very likely remain exclusive to Flipkart for some time.

Quoting on Vaio’s re-entry into the Indian market, Seema Bhatnagar, Regional Business Director – South Asia at VAIO, said, “We are enthused to relaunch VAIO and associate with names that have made it big in the e-commerce industry. Introducing finest-quality laptops in India, the brand focuses on reclaiming its space in the market while having an unrivalled demand by the customers. We are all set to present futuristic laptop range to the country’s burgeoning tech-enthusiasts and young business professionals. We are looking forward to becoming the top choice for laptop buyers across the country.”

It is far too early to speculate what Vaio has in store for us, considering that the company has shed very little light on the specifications of its upcoming notebooks. One can only hope that the SKUs can trade blows with equally-priced offerings from the lines of Nokia, Xiaomi, and others. The Indian laptop market has gotten even more competitive since Vaio’s departure, and it will have to make a lasting impression on customers in order to survive. A healthy mix of 11th-generation Intel Tiger Lake and AMD Ryzen-powered laptops should help the company regain its lost footing.