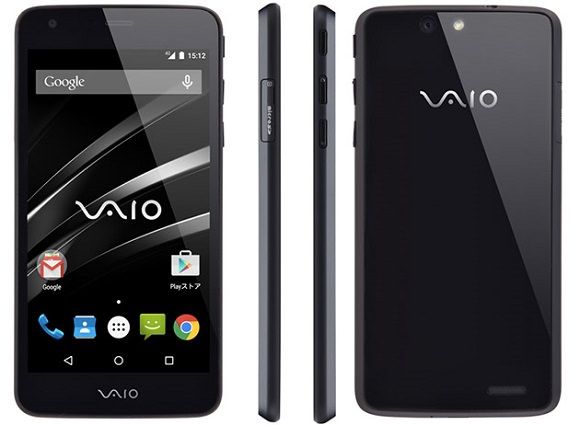 “The VAIO Phone is the company’s first smartphone after it was sold by Sony.”

Early last year, Sony exited the laptop business by selling off its VAIO computer division. VAIO recently launched two laptops, and now has now unveiled its first smartphone. Called the VAIO Phone, the device will be up against Sony’s Xperia lineup and will be available in Asian as well as European markets.

The VAIO Phone features the spec sheet of mid-ranger, has the pricing of a more premium device. It has a 5-inch display with a resolution of 1,280 x 720 pixels. Taking care of processing is a 1.2GHz quad-core Snapdragon 410 processor mated to 2GB of RAM. It will run an almost stock version of Android 5.0 Lollipop.

The imaging department is taken care of by a 13MP rear camera and a 5MP front camera. The VAIO Phone has 16GB of internal storage on offer which can be expanded by another 64GB with the aid of a microSD card slot.

It features 4G LTE connectivity in addition to Wi-Fi, Bluetooth 4.0 and GPS. It’s worth noting that the VAIO Phone looks like a re-branded version of the Panasonic Eluga U2 and features identical specs. However, its price tag of $420 comes across as quite a shocker considering the fact that the Eluga U2 costs merely $250. The smartphone will go on sale in Japan, but there’s no news on international availability.