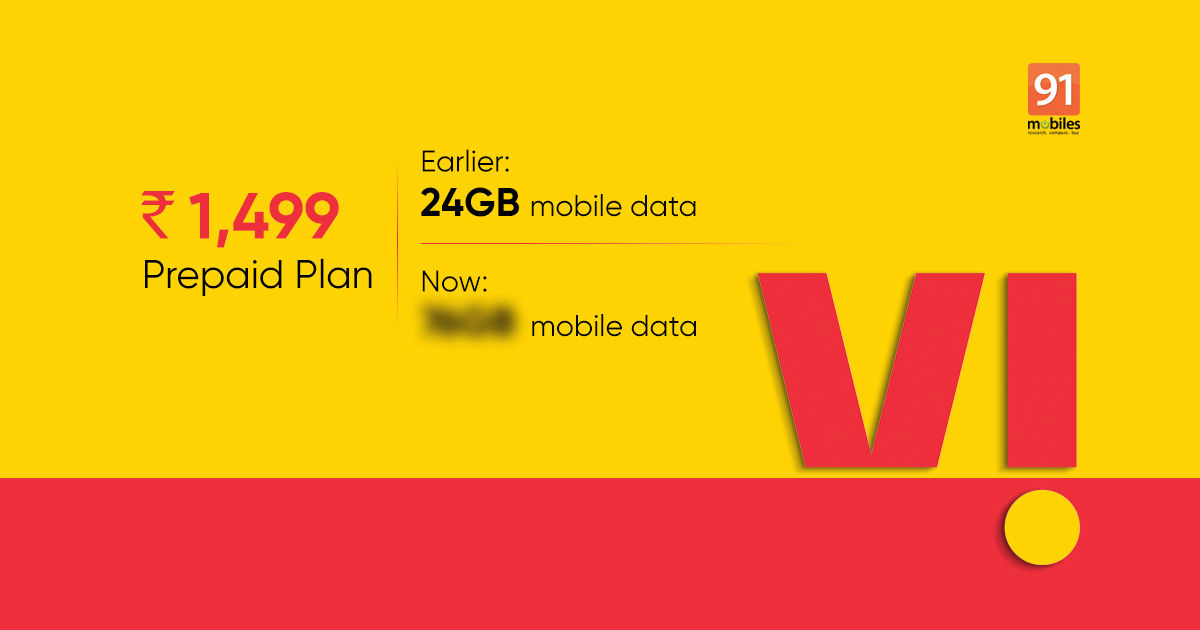 Vi (Vodafone Idea) is offering 50GB additional data to select customers who recharge for Rs 1,499 prepaid plan, as reported by OnlyTech. The pack usually offers 24GB data and now with this inclusion, customers get a total of 74GB data in addition to other benefits such as unlimited voice calls and 3,600 SMSes for 365 days. It also brings access to Vi Movies and TV app that has a library of movies and TV shows. The extra data is being offered on Vi app an ‘Extra Data Offer’, while some users are informed about the offer through a promotional SMS. 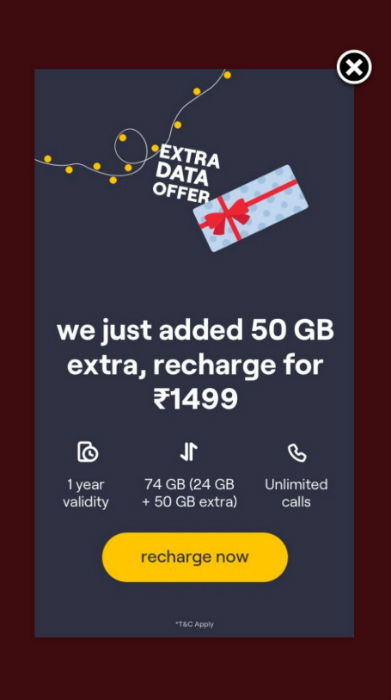 Furthermore, some users on Twitter claim while the offer is confirmed through the Vi app and an SMS message, the operator hasn’t included the 50GB data after recharge. However, it isn’t clear if this would be a limited period offer or the telecom network is planning on tweaking the plan permanently to bundle more data.

Vi had recently introduced Rs 948 postpaid plan for customers in UP East as an upgraded plan for Rs 699 postpaid tariff. It offers unlimited data and local, STD, and national roaming calls, subscriptions to OTT apps such as Amazon Prime, and one year Zee5 Premium membership. The Rs 948 postpaid plan comes with one additional connection, while customers can add up to five connections, including one primary line at Rs 249. While the primary line gets unlimited data, the secondary number gets 30GB per month. Once it is finished, the secondary user will be charged Rs 20 per GB.