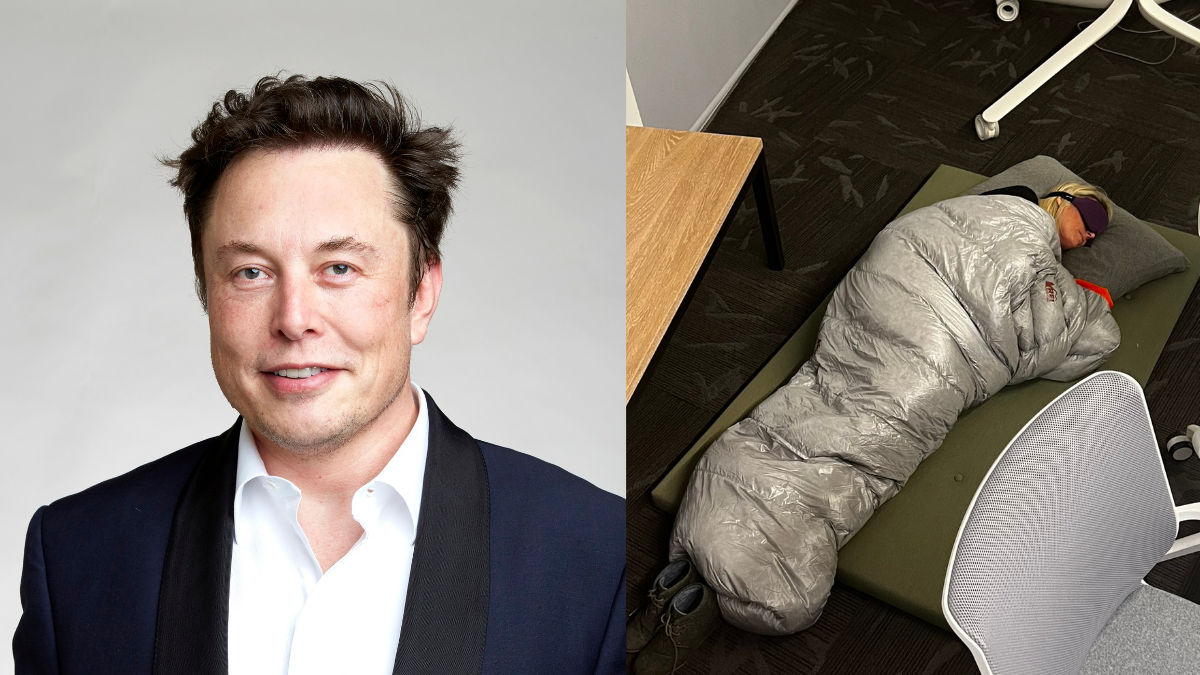 Less than a week after the world’s richest man Elon Musk took over Twitter, a picture of an overworked Twitter employee sleeping on the office floor is making rounds. It started after Evan Jones, the product manager for Twitter Spaces, took a picture of Esther Crawford, his manager and director of product management at Twitter’s San Francisco headquarters, sleeping on the floor with the caption, “When you need something from your boss at Elon Twitter”.
Show Full Article

Crawford retweeted the image and wrote, “When your team is pushing round the clock to make deadlines, sometimes you #SleepWhereYouWork.

When your team is pushing round the clock to make deadlines sometimes you #SleepWhereYouWork https://t.co/UBGKYPilbD

Love when you work, says the employee

The subject of the image, Esther Crawford, tweeted a thread with the hashtag #SleepWhereYouWork and mentioned that Twitter was less than a week away from a “massive business and cultural transition” and the whole team was working hard across all divisions, including product, design, engineering, legal, finance, marketing, etc.

“Since some people are losing their minds, I’ll explain: doing hard things requires sacrifice (time, energy, etc.). I have teammates around the world who are putting in the effort to bring something new to life, so it’s important to me to show up for them and keep the team unblocked,” Crawford, the director of product management at Twitter, wrote.

Crawford mentioned that they had been amid a “crazy” public acquisition for months, but they kept going. “Building new things at Twitter’s scale is very hard to do. I’m lucky to be doing this work alongside some of the best people in tech,” she said. She also stated that she is grateful for a family which understands the “need to go into an overdrive” at times.

Reacting to the picture, several Twitter users shared their opinions, and some even said, “this seems completely unnecessary”.

I can’t tell if this is a tongue-in-cheek joke, or actually serious. Either way this is not normal or sane in a work environment.

“You’re pulling all-nighters to launch the critical feature of (checks notes) charging people $8 for a blue checkmark? I’ve coded late nights to save a business, but this seems completely unnecessary,” a user wrote.

For those unaware, Elon Musk has reportedly given a November 7th deadline to employees to revamp Twitter Blue, the premium subscription service. Employees who don’t meet the deadline may be fired. He announced that the coveted blue tick will be available at a price of $8 along with additional perks to anyone who is willing to pay.

Meanwhile, after completing his $44 billion acquisition of Twitter last week, Musk sacked senior executives, including former CEO Parag Agrawal, chief financial officer Ned Segal, and policy chief Vijaya Gadde, among others. Without giving exact figures, Musk has hinted at layoffs via his tweet in the past.