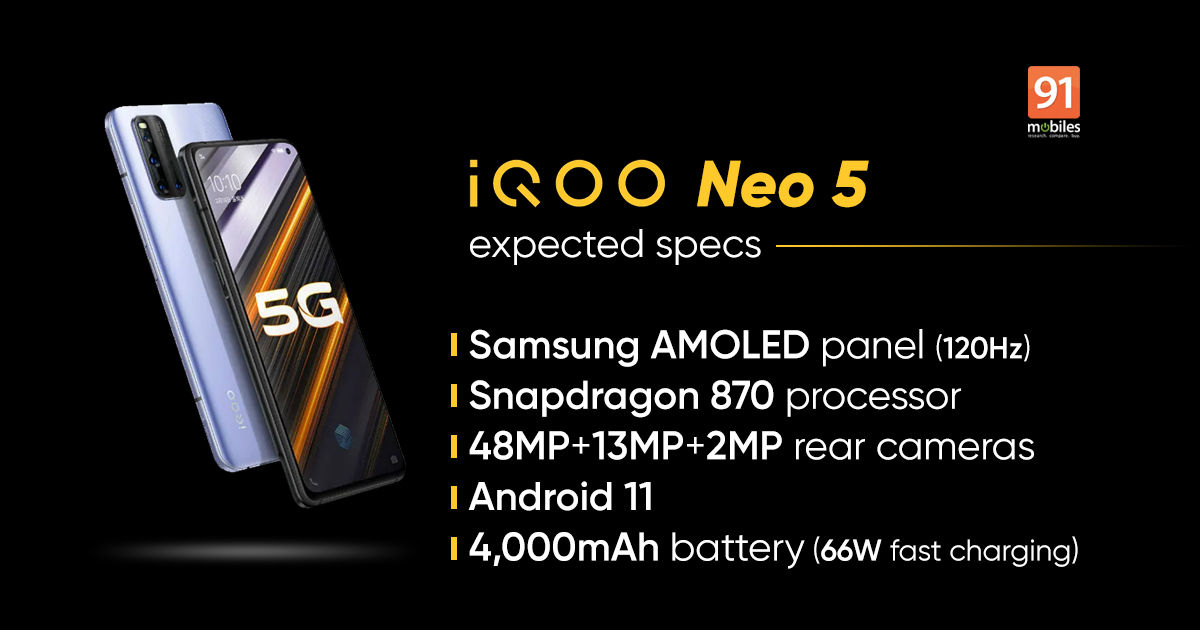 The iQOO Neo 5’s existence has been finally confirmed by the company. The Vivo sub-brand released a teaser poster that reveals the iQOO Neo 5 launch date. So far, we’ve only known of this phone via leaks, certifications, and rumours. The iQOO Neo 5 will be a mid-range flagship smartphone that’s supposed to equipped with the Snapdragon 870 chipset. Recently, the phone was spotted on Geekbench and the 3C certification website. Complete specifications of the phone aren’t known yet, but we shall know it all in a couple of weeks.

iQOO has officially revealed the iQOO Neo 5 launch date as March 16th and we can expect the company to release a few more teasers before the launch event. Previous leaks and rumours have given us an insight into the iQOO Neo 5 specifications and hardware. 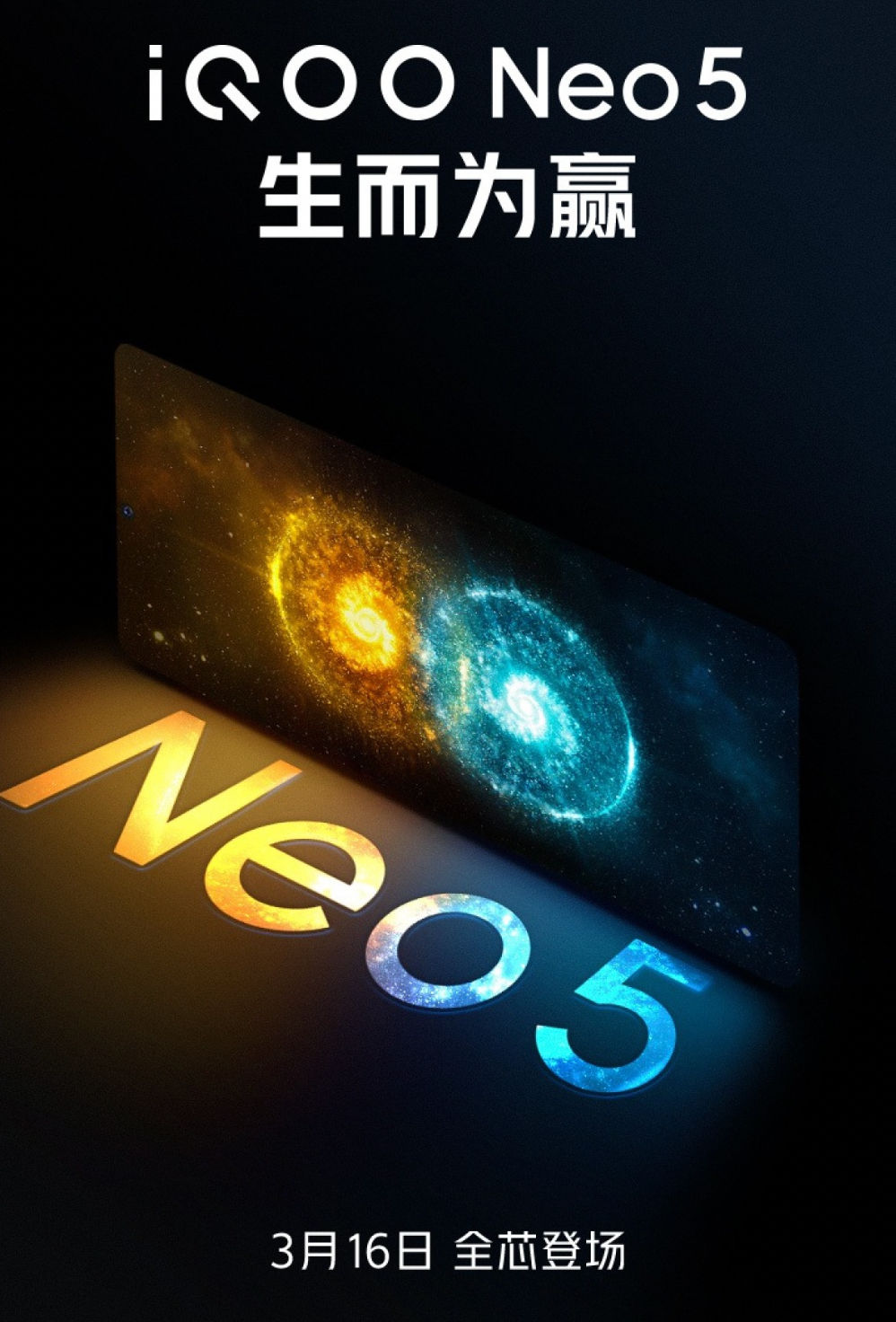 According to various reports and leaks, the iQOO Neo 5 will be equipped with the Qualcomm Snapdragon 870 processor. The base variant of the phone will supposedly get 8GB RAM and 128GB storage. However, there will also be other RAM and storage options available. The phone will reportedly be using a Samsung AMOLED panel and offer a high refresh rate of 120Hz. It is expected to feature a triple rear camera setup, which will consist of a 48-megapixel primary sensor, a 13-megapixel ultra-wide unit, and a 2-megapixel depth sensor.

Finally, the phone will run Android 11 based Origin OS and house a 4,000mAh battery that will support up to 66W fast charging tech. The iQOO Neo 5 is also said to get super-fast wireless charging, and some kind of RAM boosting technology. We will have to wait a few weeks to find out about the iQOO Neo 5 price and complete specifications.