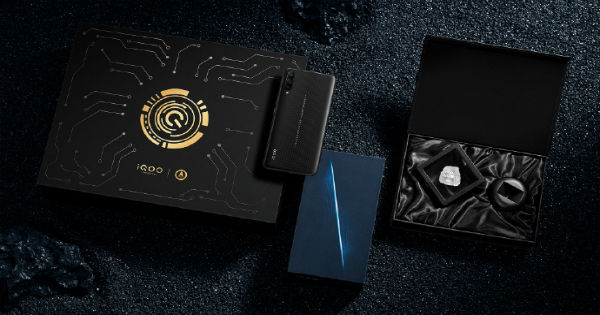 “Vivo iQOO Space Knight Limited Edition features a new design and comes with an engraved piece of the Shenzhou spacecraft in the box.”

Vivo has announced a new variant of its iQOO smartphone, this one in partnership with the China National Space Administration. This new handset, named Vivo iQOO Space Knight Limited Edition, comes in a special gift box that contains an engraved nameplate that is made from a piece of the space agency’s Shenzhou aircraft. This new option joins the standard iQOO and the iQOO Monster Edition smartphones in the eponymous brand’s lineup. 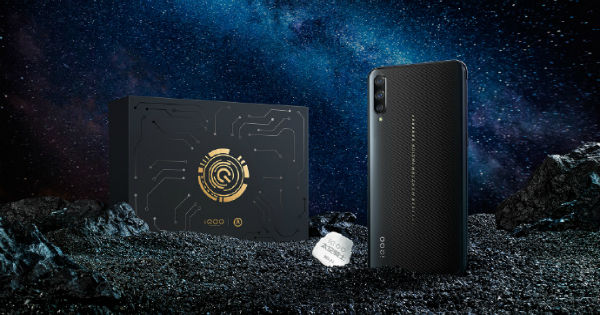 The Vivo IQOO Space Knight Limited Edition smartphone has 12GB of RAM and 256GB storage, similar to the Monster variant. However, unlike the latter, the new model has a different design. We can see a jacketed design that is similar to what we have seen phones featuring a Kevlar back. Also, the smartphone features matte finish instead of the glossy back of the other variants.

In terms of specifications, the Vivo IQOO Space Knight sports a 6.41-inch SUPER AMOLED full-HD+ display with 91.7 percent screen-to-body ratio. It is powered by the octa-core Qualcomm Snapdragon 855 processor with Adreno 640 GPU and boots Android 9.0 Pie with Funtouch OS 9 out of the box. It has an in-display fingerprint sensor for biometric security. 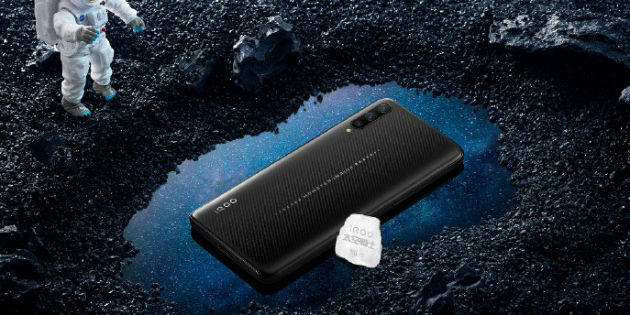 For photography, the phone rocks triple rear cameras consisting of a 12MP primary Sony IMX363 sensor with LED flash, f/1.79 aperture, and PDAF; a 13MP secondary 120-degree ultra-wide lens (f/2.4 aperture); and a 2MP telephoto sensor with f/2.4 aperture. On the front, there is a 12MP snapper with f/2.0 aperture for selfies and videos. Connectivity options include dual 4G VoLTE, dual-band Wi-Fi, Bluetooth 5.0, GPS with GLONASS, NFC, and USB Type-C. A 4,000mAh battery with 44W fast-charging support fuels the phone. There is also a dedicated AI assistant button. Vivo has not announced the price and availability details of the new variant yet.