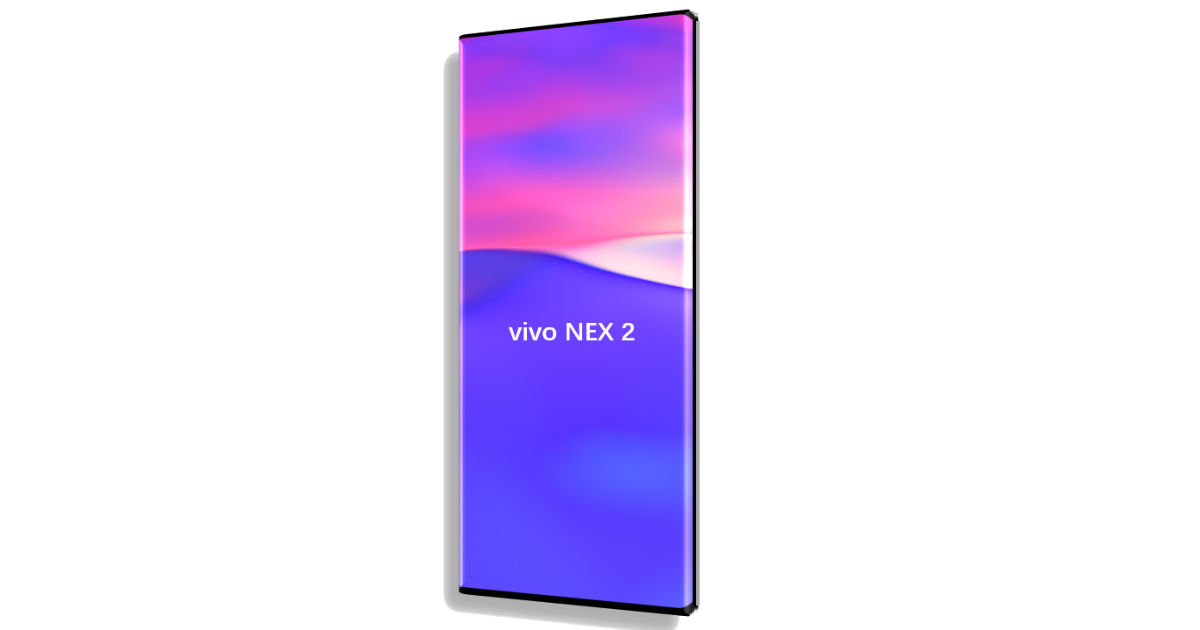 “Given how the original NEX innovated with a pop-up camera, there’s a very good chance Vivo NEX 2 might come with an in-display camera”

Vivo NEX 2 is rumoured to be in the works for quite some time. It could be the company’s next big innovation with a true full-screen display. Now, an alleged render of the Vivo NEX 2 surfaced online, courtesy of Ice Universe. While reiterating the full-screen design, it also shows off curved edges with no bezels on either of the sides and an extremely thin chin at the bottom of the screen. Given how the original NEX innovated with a pop-up camera, there’s a very good chance its successor, the Vivo NEX 2, might come with an in-display camera. But then again, it’s too early to be talking about something that might be still in the development.

Full-Display 2.0 is an irreversible trend in phone design. Samsung canceled this project (probably one of Samsung’s most serious mistakes this year), Chinese brands are actively researching, vivo is one of the most radical brands, and can be foreseen, vivoNEX2 looks like this. pic.twitter.com/3EqytgBYsq

Given how the Smartphone vendors are implementing the trendy designs such as the punch hole design, traditional notch design, and even opting for popup cameras by going for true full-display panels, Vivo could also go the same route. OPPO was the first to demo its in-display camera technology at the MWC Shanghai event. The handset is rumoured to go official sometime later this year or in the first half of 2020. Moreover, Ice Universe also revealed that Samsung earlier this year said to have terminated a project called Full-Display 2.0. The team was reportedly working on a project to design a phone without any notch, punch hole or a cutout. According to tipster, this was a mistake on Samsung’s part, given how Chinese manufacturers were speeding up the development towards a full-screen display.

Separately, Vivo recently introduced ‘Dual Wi-Fi Acceleration’ technology that allows users to connect to two different Wi-Fi networks at the same time on a particular device. This will result in a stable network connection during gaming sessions as well as faster web browsing and downloads speeds. Vivo says that the feature supports both 2.4GHz and 5GHz connection at the same time.