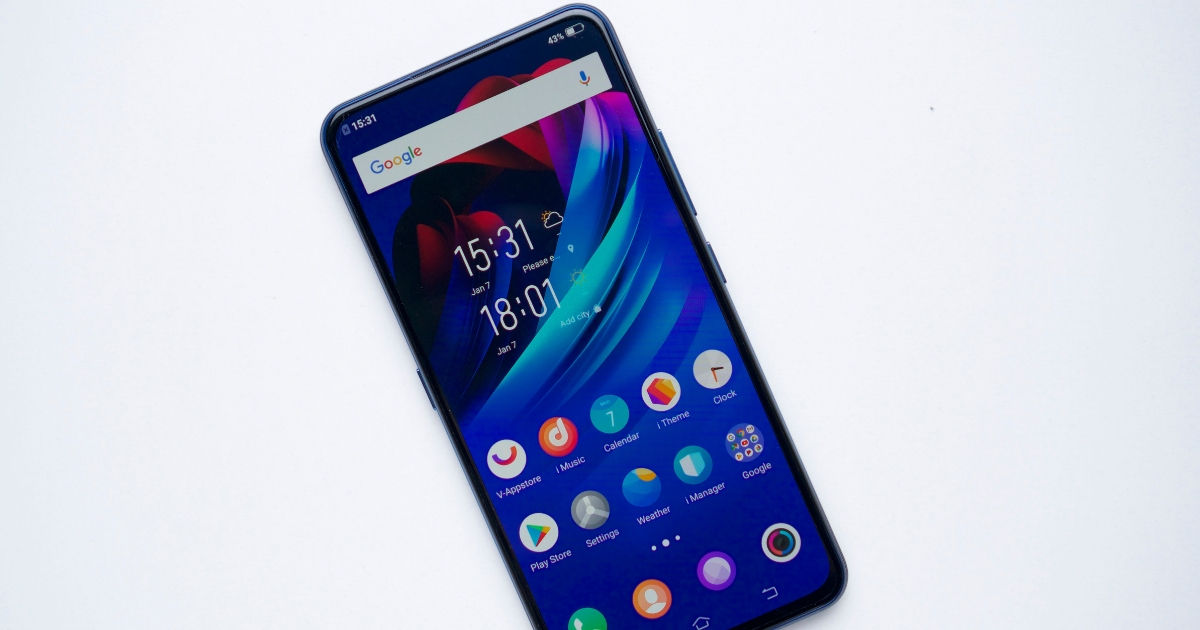 “The NEX Dual Display carries forward the idea of full-screen future that was brought forth by its predecessor. We go hands on”

Ever since Apple introduced the iPhone X to the world in September 2017, handset manufacturers are scrambling towards an all-screen future. In the past one year, we’ve seen several interesting ideas… from dewdrop notches to sliding cameras and then punch-hole displays to smartphones with dual screens towards the end of 2018. While it remains to be seen which idea is the best, it’s certainly impressive that brands are coming up with innovative solutions. Considering that the Chinese brand Vivo was among the very first brands trying to get rid of the notch – first with the waterdrop cut-out (on the Vivo V11 Pro), then with the pop-up selfie shooter (with the Vivo NEX). And then, the company introduced the dual display-toting Vivo NEX Dual Display on December 12th. While there’s no clarity if and when the device will be launching in India, we managed to get our hands on a unit and here’s how we’ll describe our initial impressions.

But before that, let’s take a peek at the box contents of the NEX Dual Display. The device ships inside a rectangular retail pack, upon opening which you’ll find the device itself. Sliding the other box brings up the 22.5W adapter and a pair of earphones in two separate compartments, while the third compartment holds the charging cable, some reading material and a bumper case. The addition of the case is worth commending as Vivo’s offering is unlike any other device. 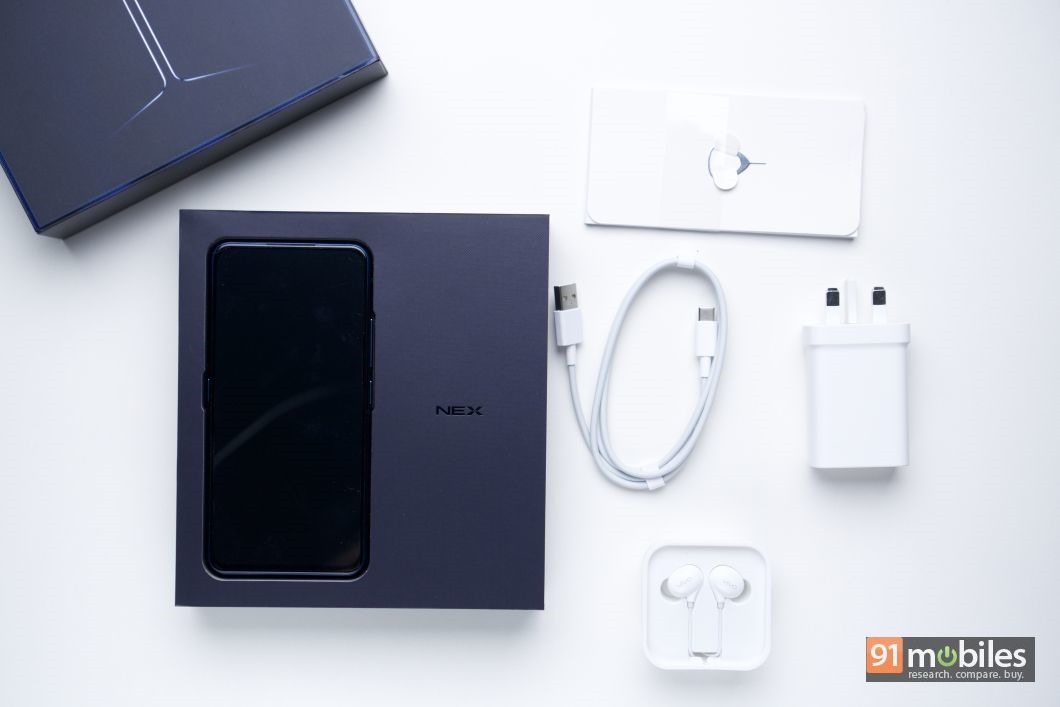 Well, as soon as you lay your eyes on the Vivo NEX Dual Display, the device seems like any other smartphone from the front. Pick it up and you’ll notice that it’s not. Firstly, there’s a certain heft to the phone, which gives a solid, reassuring feel. Secondly (pun intended), you’ll find a secondary screen on the back. 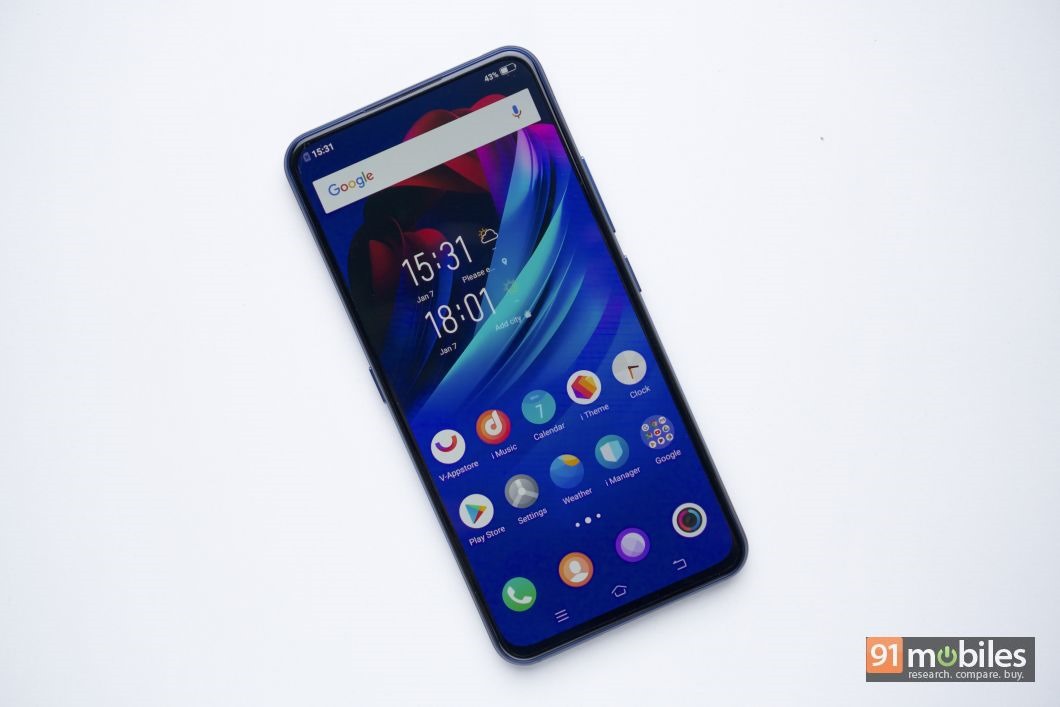 In terms of the design elements, you’ll find the volume buttons and power toggle on the right, whereas there’s another switch on the left to bring the secondary display to life. Of course, that’s not the only way to use the screen on the rear. If you want to use the current app on the other panel, then simply make use of a three-finger swipe from the edge or bring the quick settings panel and choose ‘Display in the other screen’. At the bottom, you’ll find the Type-C port sandwiched between the ejectable SIM tray and a speaker grille. Up top, there’s a 3.5mm headphone socket… Hallelujah!

The bigger question is why Vivo has decided to go with the dual displays… considering many brands have tried it over the years – the most prominent being the YotaPhone. You see, instead of opting for the notch or a hole piercing through the panel, the company chose to offer displays on both the sides so that the rear camera(s) can double up for shooting selfies as well. This way, the primary 6.39-inch Super AMOLED panel stretches to almost the edges. There’s no distraction whatsoever on the fascia save for slim chin below, making for an immersive visual experience with the full HD+ screen. I can’t say the same for the display on the back, which measures 5.49-inches diagonally, and is obstructed by a circular module (being marketed as a Lunar Ring, and doubles up as a LED notification strip) for the camera sensors. Above the screen and beside the cameras, there’s an LED flash and another sensor. Worth noting that the secondary screen also uses AMOLED tech and bears a resolution of 1,080 x 1,920 pixels. What’s even more interesting is that the handset allows you to perform all the activities from either of the screens. 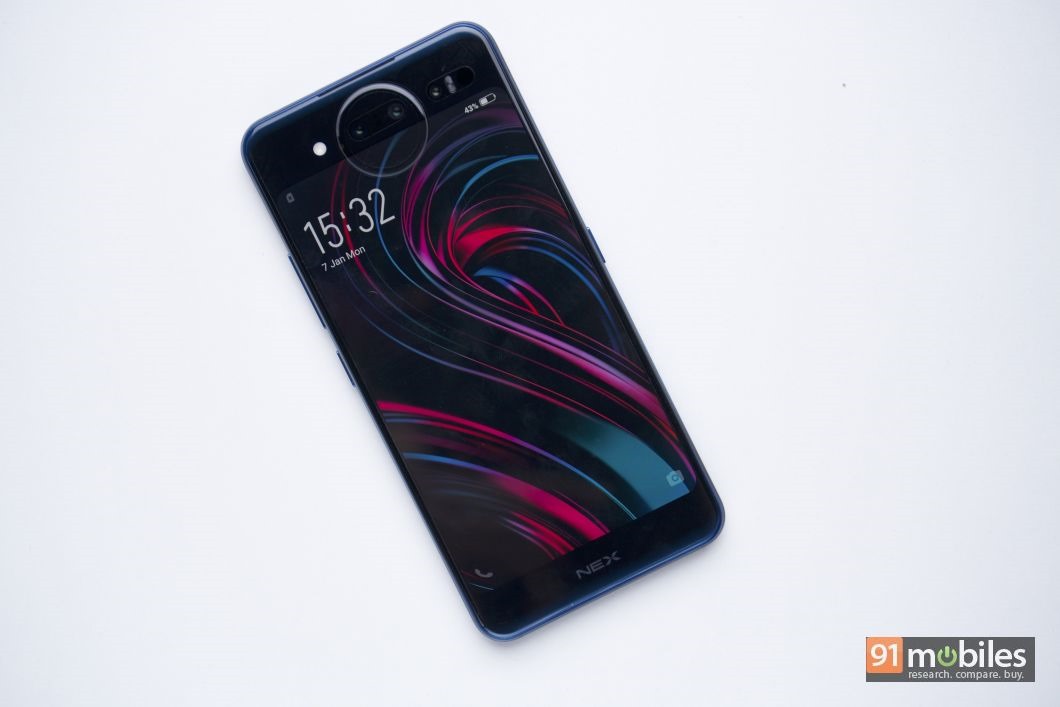 Considering Vivo pioneered the under-display fingerprint scanning mechanism, it’s not a surprise to see the NEX Dual Display offering the same. The module can be set up quickly, and is pretty good, though it still can’t match up to the performance of the conventional fingerprint reader. If you’re wondering how the rear display authenticates the user, then it makes use of the face unlock technology, which also works like a charm. 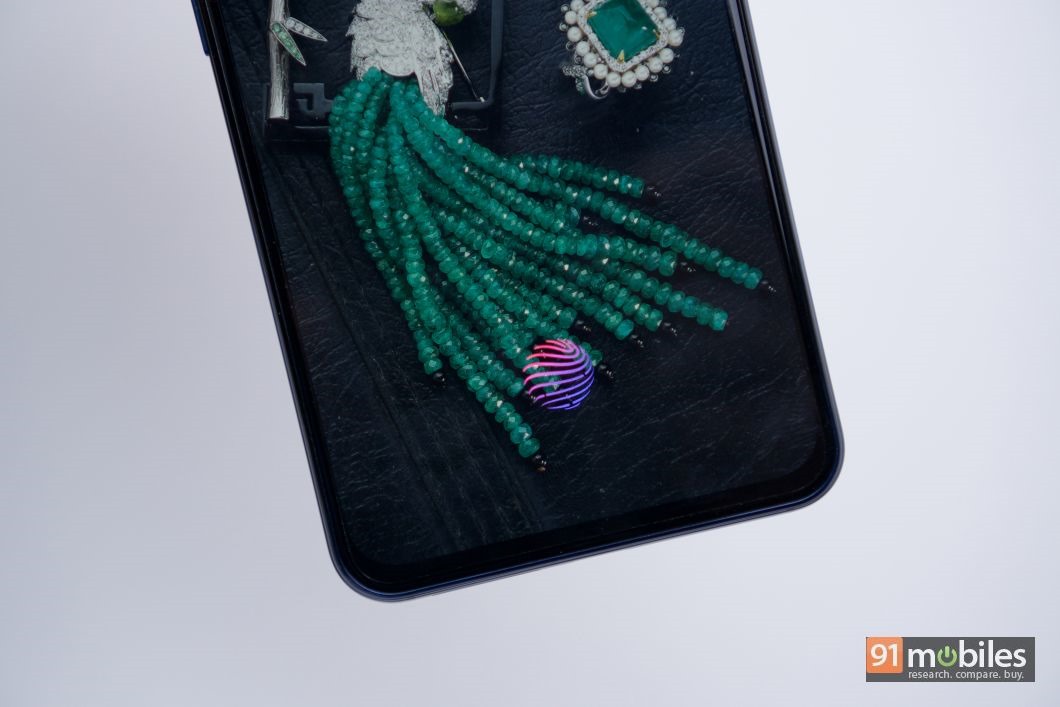 Inside the Vivo NEX Dual Display, ticks Qualcomm’s Snapdragon 845 processor. There’s no doubt that the device will be able to handle anything thrown at it, and the beefy 10GB of RAM ensures flawless multitasking as well. For storage, the phone ships with non-expandable 128 gigs of built-in memory. 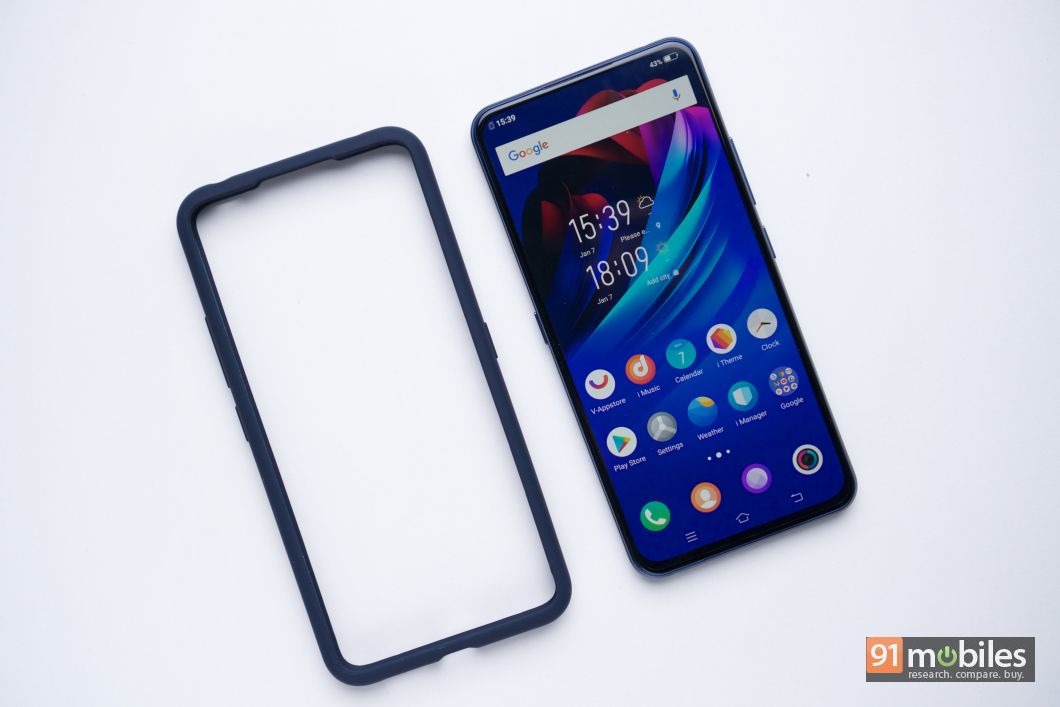 For imaging, the smartphone flaunts a 12-megapixel shooter, which is paired with a 2-megapixel depth-sensing unit. Both the shooters come with f/1.8 aperture, with the primary one offering dual pixel PDAF support and 4-axis OIS. There’s a tertiary Time of Flight sensor as well, which will enable AR capabilities. 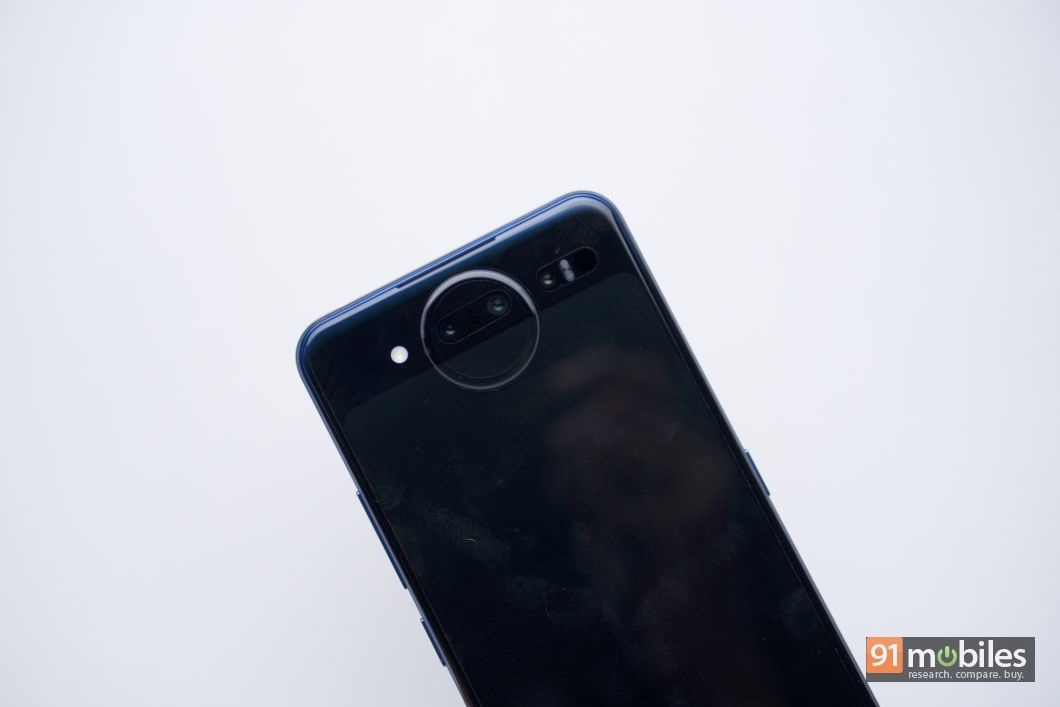 Powering the Vivo NEX Dual Display is a 3,500mAh battery, which supports fast charging. For software, the smartphone boots Android 9.0 Pie which is layered with the company’s custom FunTouch OS. 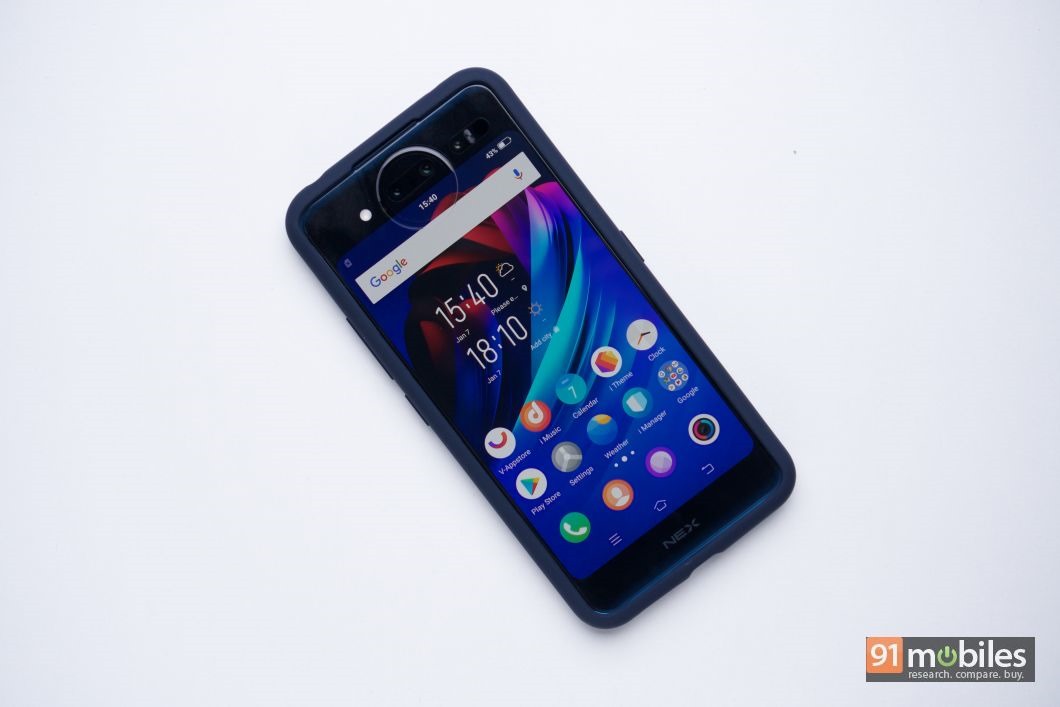 When Vivo had showcased the Apex concept at Mobile World Congress, Barcelona last year, nobody could’ve believed that the brand will be bringing that to reality with the NEX (review). But the phonemaker proved naysayers wrong, and the NEX Dual Display seems to be building upon the same idea. The smartphone has been priced quite well in its home market with a price tag of RMB 4,998 (~Rs 51,000). While the jury is still out whether the dual-screen approach is the best way to get the full-screen experience, there’s no denying that it’s an innovative idea. Needless to say that there are countless questions that would be in your mind – how is it to use the phone in the day-to-day life, does the gaming experience differ among the two displays, do the dual screens take a toll on the battery backup, and so on. Fret not, we’ll be answering all these questions and more in the coming days, so keep watching this space.