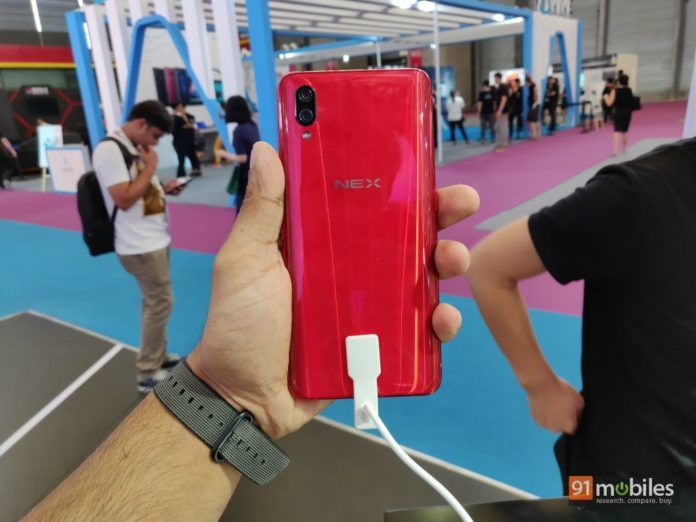 “The NEX will reportedly go on sale on Amazon.in”

Vivo has an event scheduled for July 19th in India where it will unveil its latest flagship, the NEX. The futuristic, all-screen smartphone is expected to sport the same specifications as the global variant that was announced in China last month. So the only missing piece of the puzzle is the pricing of the Vivo NEX (first impressions). Well, that’s almost clear from this latest leak. 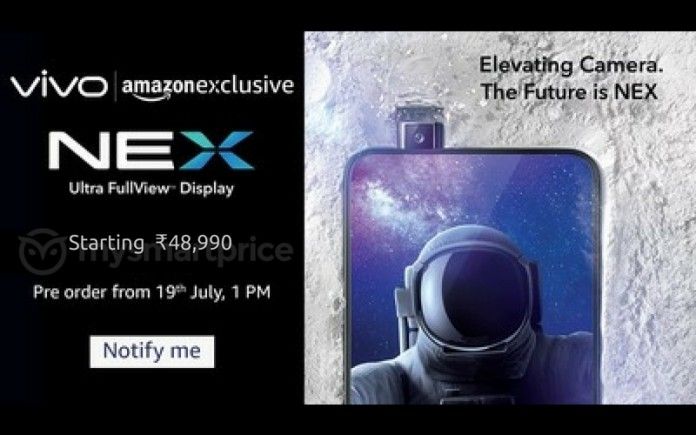 According to a leaked image, the Vivo NEX’ India price is set at Rs 48,990, and it will retail exclusively on Amazon.in. The price is significantly lower than the recently-unveiled OPPO Find X (first impressions), which carries a sticker price of Rs 59,990. The source further indicates that the phone will arrive in two storage variants of 128GB and 256GB. As the image indicates, the leaked price is the base variant of the NEX. The device will go on pre-orders starting July 19th, which is the same as the date of its launch event.

Talking about the specifications, the Vivo NEX is loaded with innovative features such as an all-screen fascia, in-display fingerprint sensor, and a front-facing pop-up camera. To keep things ticking, the handset employs Qualcomm’s latest Snapdragon 845 chipset, which is paired with 8GB RAM. A 4,000mAh battery with fast-charging support fuels the handset. 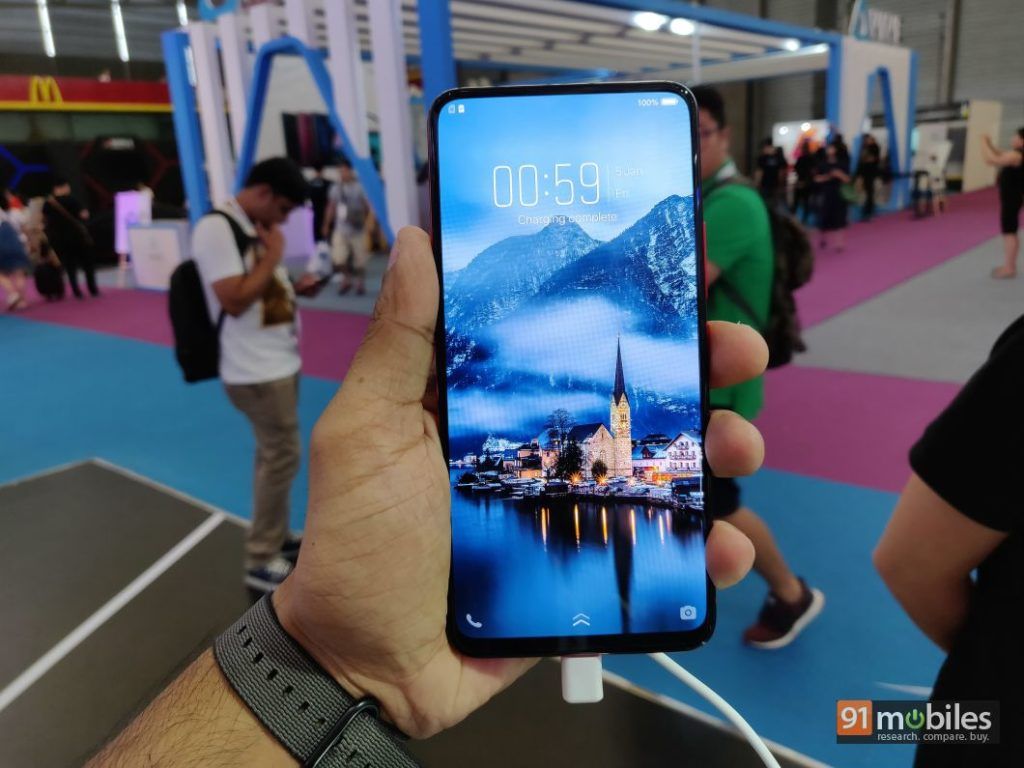 Apart from this, the Vivo NEX has dual-rear facing cameras, which features a combination of 12-megapixel + 5-megapixel sensors, while the front shooter is rated at 8MP. The phone’s window to the world is a 6.59-inch AMOLED display with 19.3:9 aspect ratio. On the software side of things, the NEX ships with Android 8.1 Oreo-based FunTouch OS.

There’s no way to know the veracity of the leak, hence we’d advise you to take the Vivo NEX’ price leak info with a pinch of salt.