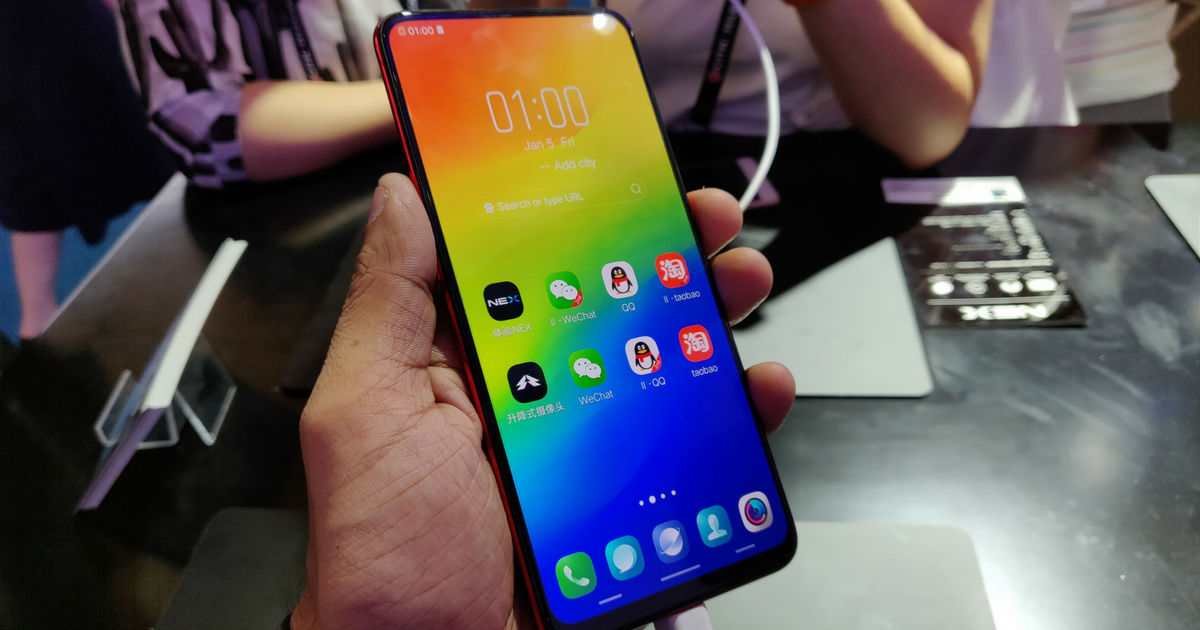 Chinese phonemakers are often critiqued for aping Cupertino giant Apple’s offerings. However, one look at the Vivo NEX S and you’ll be convinced that some of these brands are now aiming to be at the forefront of the smartphone revolution. For the uninitiated, the NEX S is the world’s first truly bezel-less smartphone. The handset was announced shortly after Vivo demoed the Apex concept smartphone at MWC Barcelona, and the device embodies much of the same technologies which were showcased earlier. Suffice it to say, the smartphone piqued my interest, so I managed to get a good look at the phone at the ongoing MWC Shanghai. If you are curious as to what makes the NEX S special, then read on. 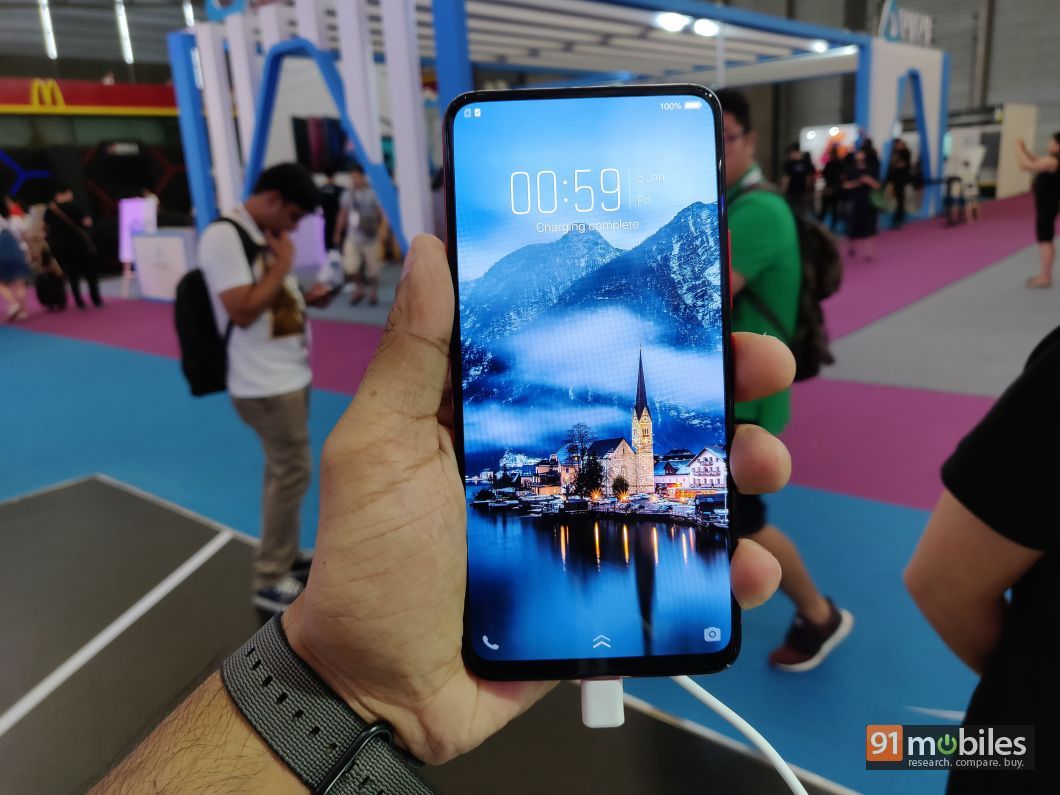 Let’s start by talking about the design of the smartphone. The Vivo NEX S is an all-glass affair and from a distance, it looks a lot like its more affordable sibling, the X21 (review). That said, upon closer inspection, you’ll notice that the back of the smartphone has a matrix-like pattern which shimmers in a rainbow hue when light bounces off its surface. What’s more, Vivo has also thrown in a dual-curved back to make the smartphone look more appealing. A fringe benefit of the same is that you’ll be able to grip the smartphone more comfortably and securely. 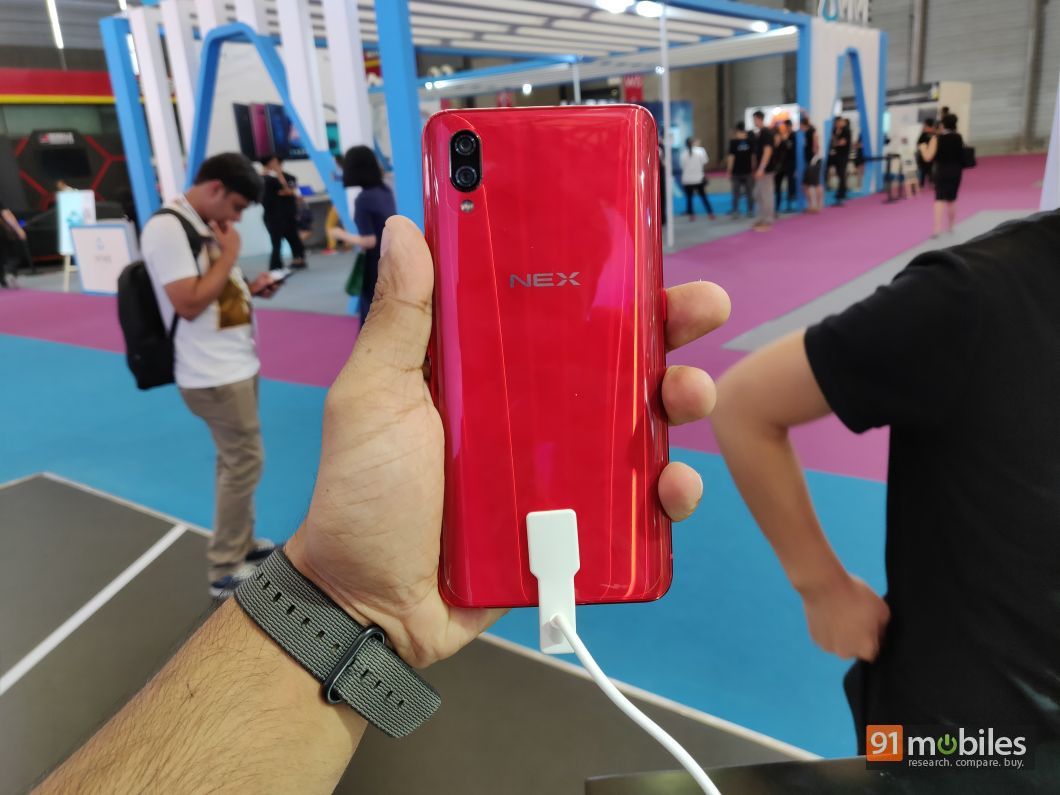 As I mentioned previously, the Vivo NEX S is a truly bezel-less device which puts notch-toting smartphones to shame with its claimed 91.26 percent screen-to-body ratio. To do so, Vivo had to reposition three key elements of the smartphone – the earpiece, the fingerprint sensor and the selfie camera. Usually, the earpiece of a smartphone is positioned at the very top and is easily identifiable owing to a distinct opening next to the front shooter of the device. However, in the case of the NEX S, the smartphone’s entire screen acts as an earpiece. To do so, Vivo is making use of a technology called Screen SoundCasting, which works on the same principle as bone conduction technology. 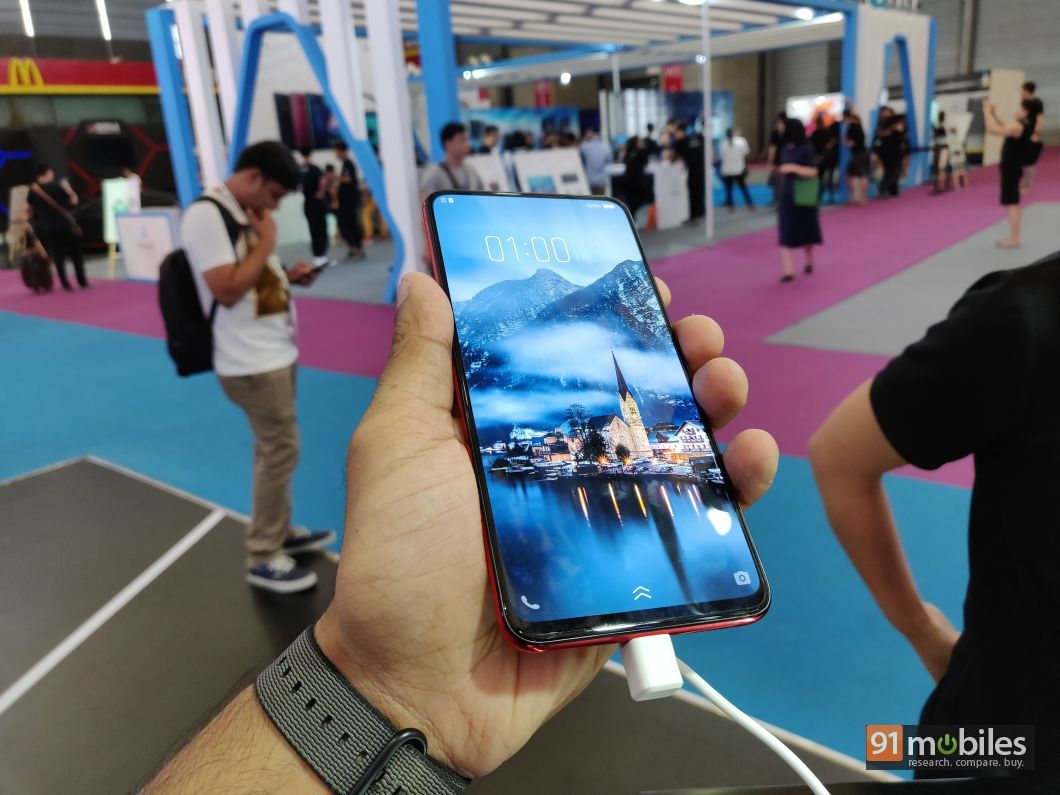 Building upon the principles of the Vivo X21, the NEX S also ships with an in-display fingerprint sensor. While I couldn’t test the accuracy or the speed of the sensor on the show floor, it should be marginally slower than a traditional physical sensor. 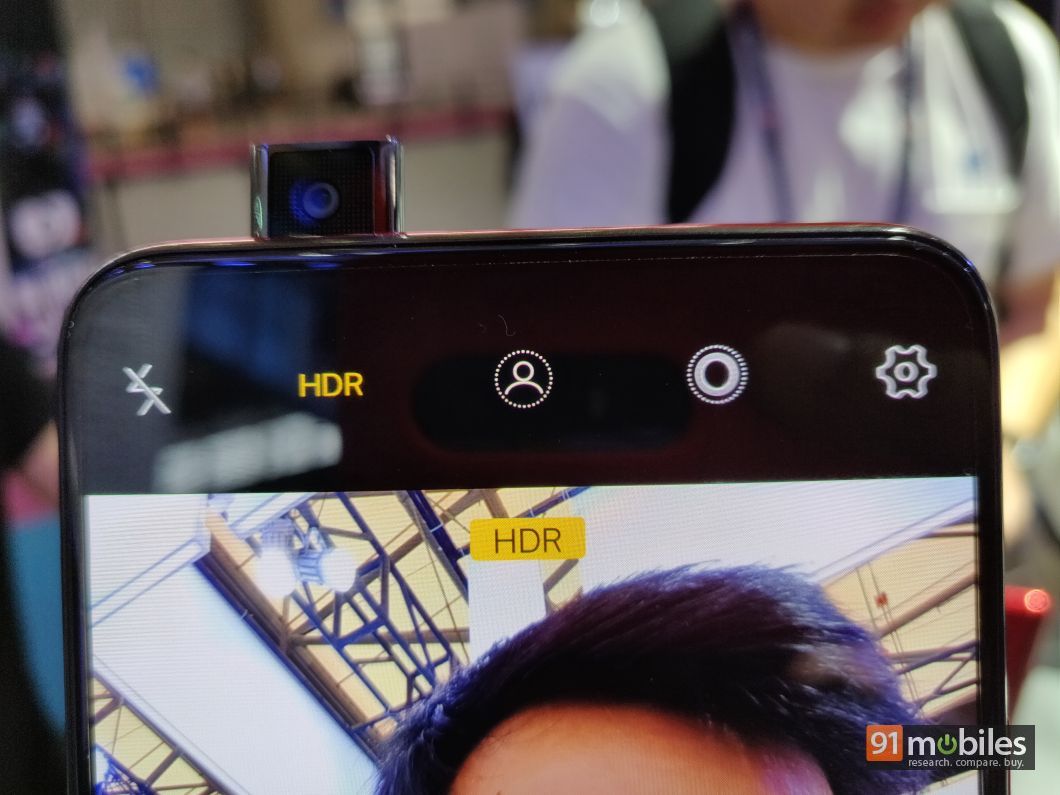 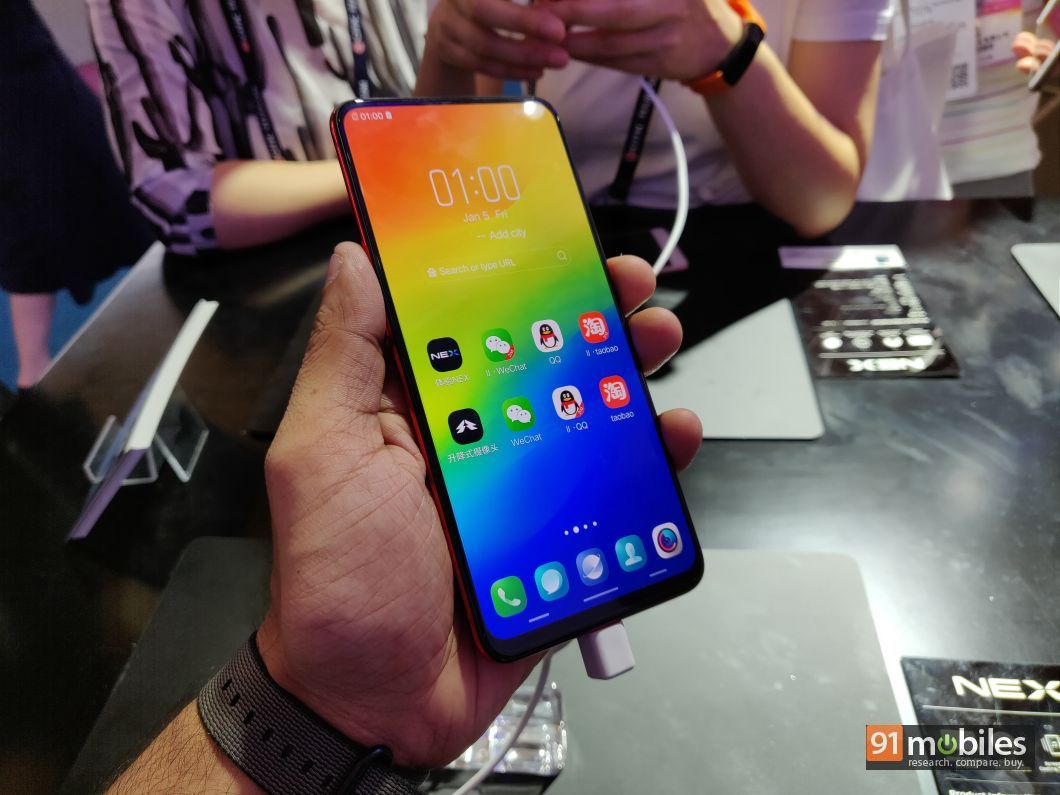 With the help of these innovations, Vivo has managed to equip the NEX S smartphone with a 6.59-inch FHD+ Super AMOLED display which makes up over 90 percent of the smartphone’s front. The panel in itself is quite excellent and has wide viewing angles, adequate peak brightness levels and exhibits vibrant colours which are pleasing to the eyes too.

Make no mistake, the NEX S is a flagship smartphone and therefore, Vivo has outfitted the device with the latest Snapdragon 845 processor which works alongside 8GB of RAM. Consequently, I faced no performance issues during my brief stint with the NEX S – apps opened quickly, multitasking was fluid and there were no instances of lag or stutter at all. 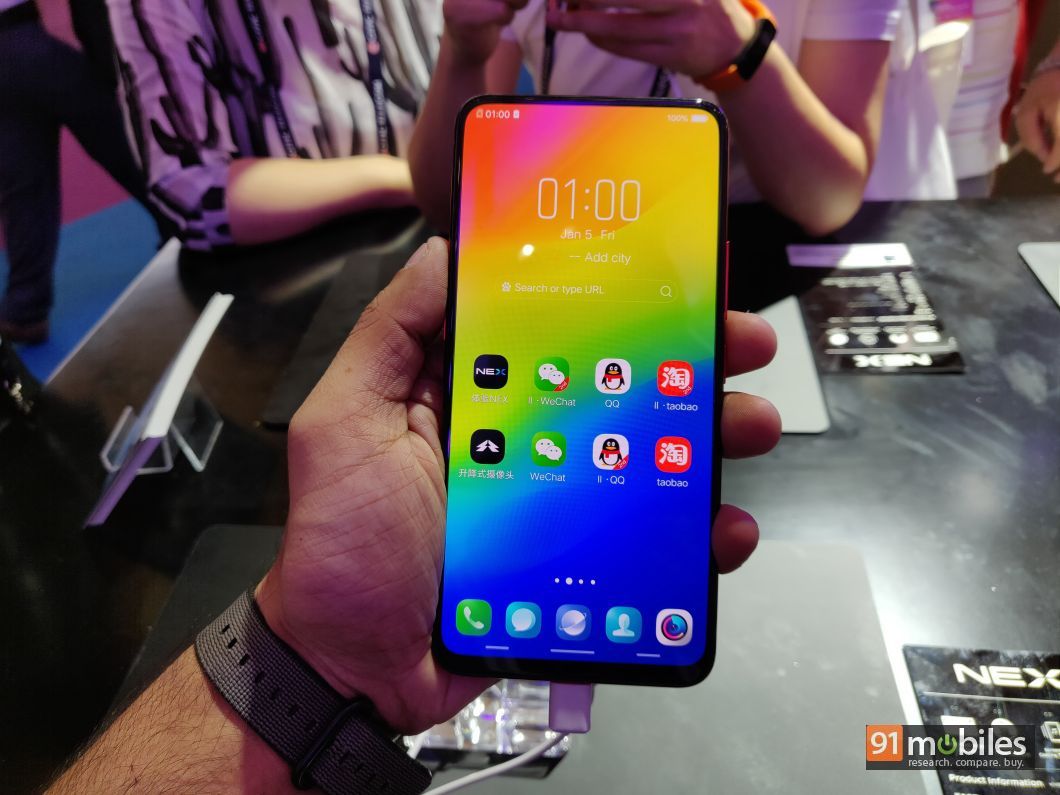 For optics, the NEX S ships with a dual camera setup comprising a 12MP dual-pixel shooter and an assisting 5MP sensor, featuring 4-axis OIS and f/2.4 aperture. The pop-out selfie camera bears an 8MP resolution. The smartphone boots Android Oreo with the Funtouch OS skin on top and sips juice from a 4,000mAh battery. We will be shedding more light on the smartphone’s performance and camera prowess when we get a chance to review it properly, so stay tuned for that.

Vivo Y70s with Exynos 880 and Android 10 spotted on Geekbench