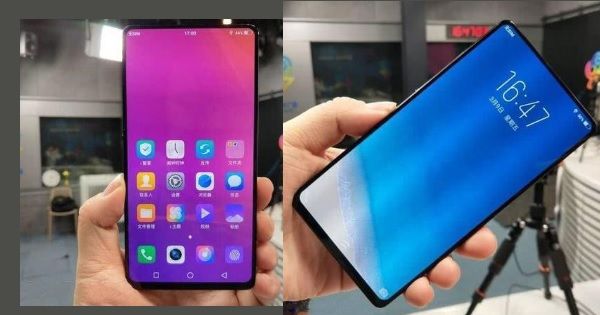 Vivo’s upcoming futuristic premium flagship – Vivo NEX has been subjected to a flood of leaks and rumours recently. We recently came across the complete spec list of the smartphones along with a live spotting on a Chinese TV show. However, there has been some ambiguity over the variants of the smartphone. It was being speculated that the brand will launch a high-end Vivo NEX and two affordable options – Vivo NEX A and NEX S. Now, the NEX S has been recently spotted on Geekbench and it brings some clarity to the matter. 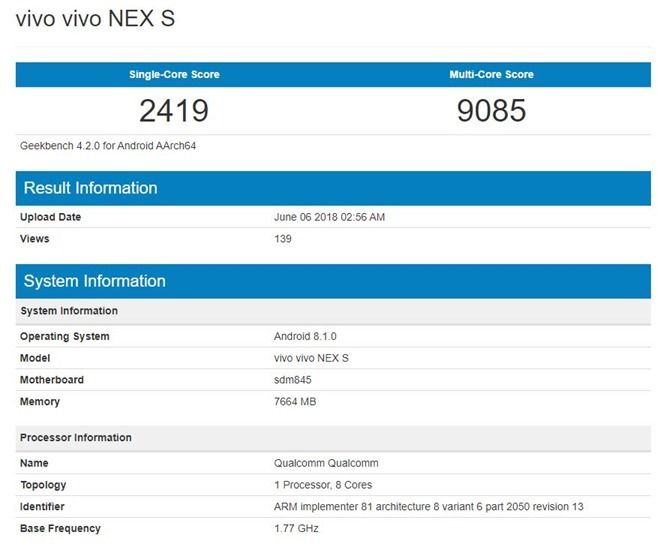 A recent leak suggested that the brand might only launch two NEX models – one with Snapdragon 710 and another with Snapdragon 845. The recent Geekbench listing has revealed that the NEX S is the variant with Snapdragon 845 and 8GB RAM. Therefore, it is now safe to assume that the NEX is actually a series with the NEX S and NEX A being its variants. The NEX S scored 2,419 in the single-core test on the benchmarking website and 9,085 in multi-core test. As for the other specs, the handset is expected to come with a 6.5-inch FHD+ display, 12MP + 5MP dual camera module on the rear, retractable 8-megapixel selfie shooter, and massive 4,000mAh battery.

Vivo has already sent out media invites for a June 12th event, where the brand will officially unveil the upcoming smartphone(s). Stay tuned to 91mobiles to get the latest updates regarding the Vivo NEX.