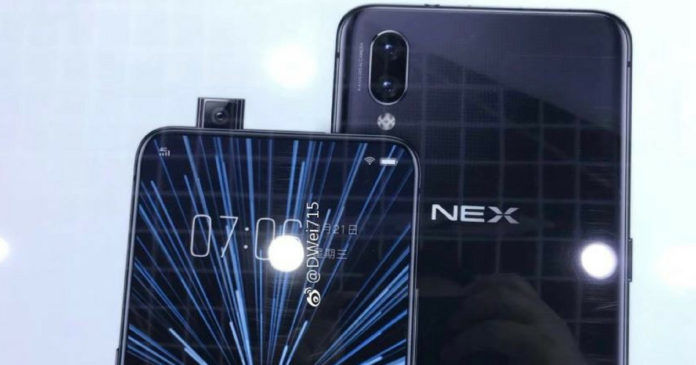 Vivo’s upcoming flagship series of smartphones – NEX, has been subjected to a ton of leaks and rumours in the recent past. There have been rumours that the brand is working on three NEX smartphones – NEX, NEX S, and NEX A. However, recent leaks have suggested that there are only two variants in offing viz. NEX S and NEX A, and the alleged NEX was apparently the series moniker. Now, both variants were briefly spotted on the official website in China before the listings were eventually taken down. 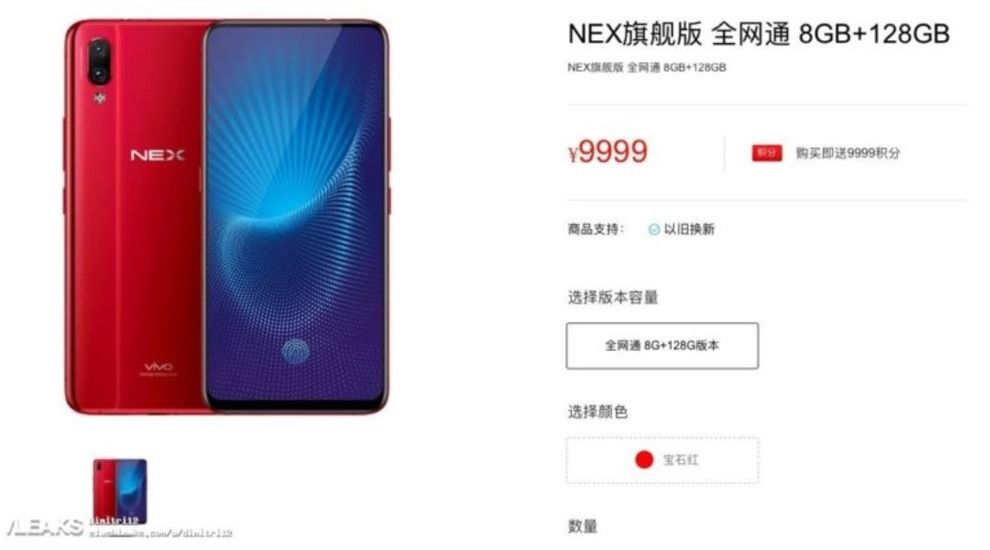 The Vivo NEX S was spotted in a bright red hue, with a 6.59-inch FHD+ display adorning the fascia. The listing corroborated with the past rumours and revealed that the S variant will have the Snapdragon 845 SoC, accompanied by 8GB RAM and 128GB storage at its core. As for the optics, the handset has been tipped to come with a 12-megapixel primary camera, accompanied by a 5-megapixel secondary shooter on the rear and a retractable 8-megapixel front camera. The handset will likely boot Android 8.1 Oreo with FunTouch OS on top and will be powered by a 4,000mAh battery. The listing also revealed the connectivity options, which include Wi-Fi, Bluetooth 5.0, USB 2.0, and USB OTG. There will be an under-display fingerprint scanner for security, as per the listing. 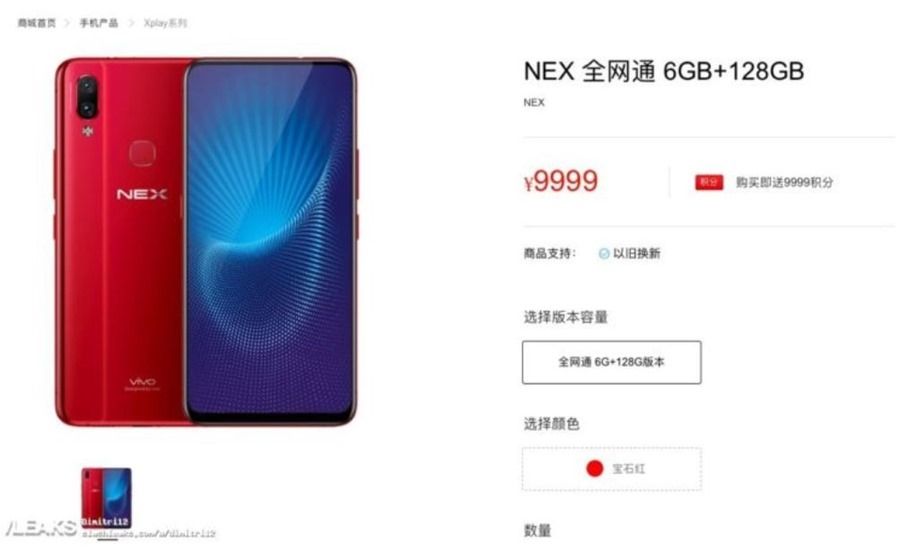 Coming to the NEX A, which can be seen listed as Vivo NEX, the smartphone ships with the same display as the high-end model. This variant also retains the cameras, storage, and battery, from the NEX S. However, on the performance front, the Vivo NEX has been shown powered by the latest Snapdragon 710 processor, accompanied by 6GB RAM. Moreover, the handset is seen flaunting a rear-mounted fingerprint scanner, which means there is no under-display biometrics on this variant.

The official listing had the price for both variants listed as RMB 9,999 (~Rs 1,05,450), which is highly unlikely. We will bring you more updates on June 12th, when these smartphones go official.