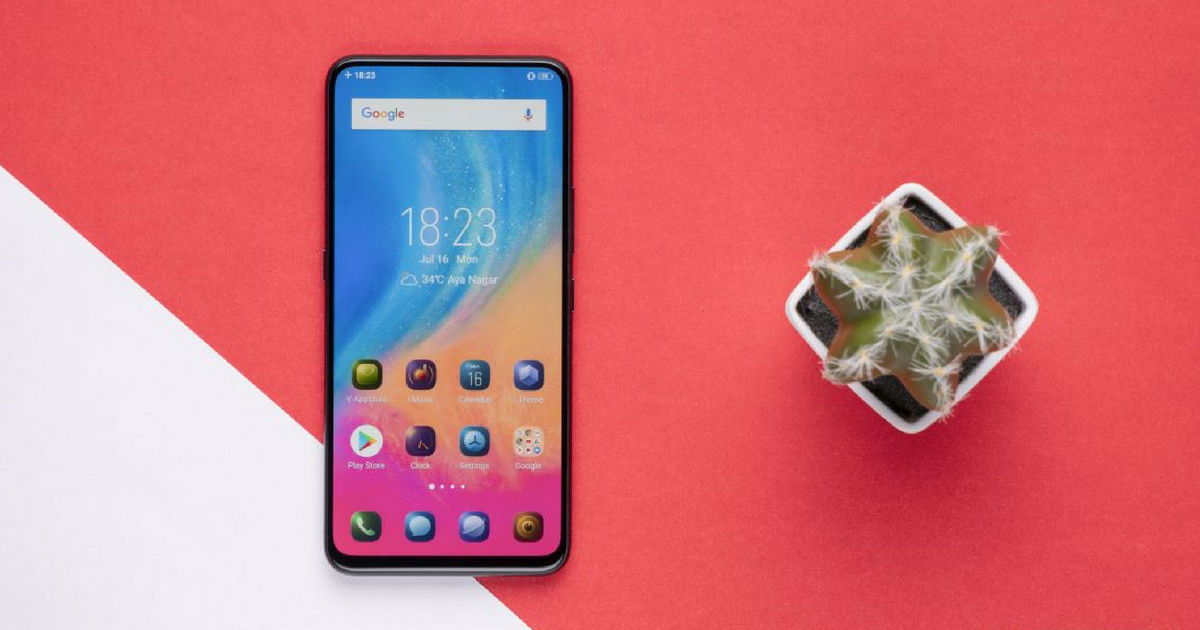 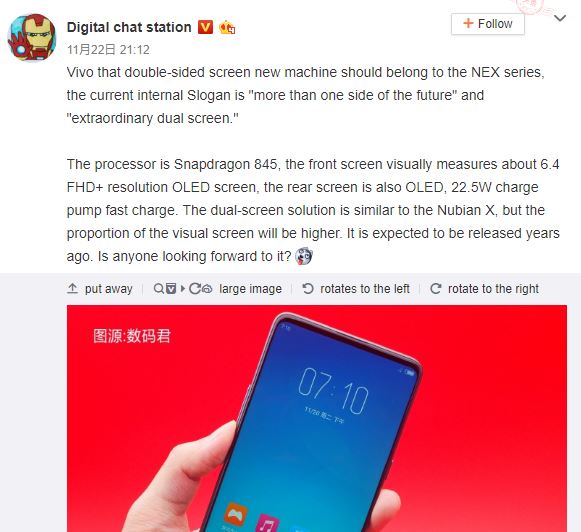 According to Digital Chat Station account on Weibo, Vivo is working on a dual-screen smartphone that will be part of the brand’s NEX series of devices. The current internal marketing slogans for this device are said to be “more than one side of the future” and “extraordinary dual-screen”. The source claims that the dual-display solution of the Vivo smartphone will be quite similar to the recently-launched Nubia X. However, the Vivo dual-screen offering will allegedly have a bigger screen at the rear.

Furthermore, the leak suggests that Vivo’s dual-screen smartphone will have a 6.4-inch full HD+ OLED main display. The phone’s rear screen will have an OLED panel, adds the source. The device is said to be powered by a Qualcomm Snapdragon 845 SoC, and will come with 22.5W fast charging technology.

The leak suggests that the handset will be released soon, but there’s no exact launch date at the moment. It’s worth noting that there’s no way to authenticate the aforementioned information, so we advise our readers to take it with a pinch of salt until Vivo officially announces anything.