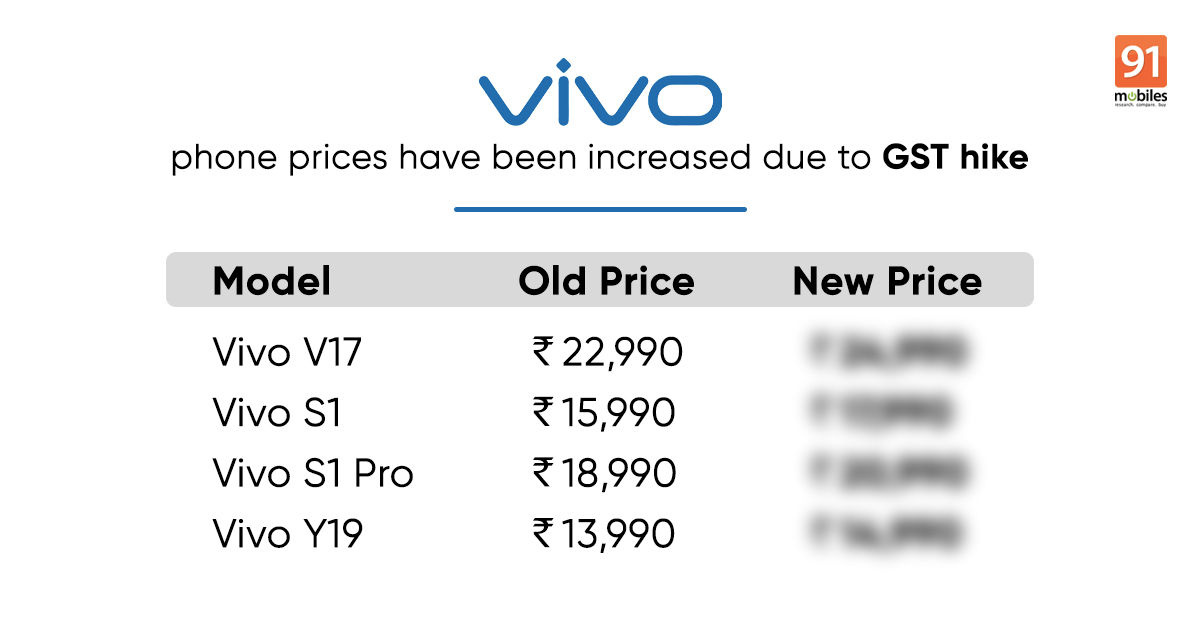 “The GST rate on mobile phones has been increased from 12 percent to 18 percent, which means Vivo phone prices have been hiked effective April 1st”

Vivo has revised the prices of its smartphones as per the new GST rate on mobile phones, which has been increased to 18 percent from 12 percent in India. 91mobiles has learnt from its retail sources that the company has increased the prices of Vivo V17, Vivo S1 Pro, Vivo Y19, Vivo Y15, and its several other phones by up to Rs 2,000 in the country. The new Vivo phone prices are reflecting on Vivo’s official website and will be applicable starting from today, i.e. April 1st, via both online and offline stores.

It’s worth mentioning that the new GST rate will not only be applicable to smartphones that have already launched but to the upcoming smartphones as well. It remains to be seen how the consumer market will react to this, after years of competitive price cuts and discounts.