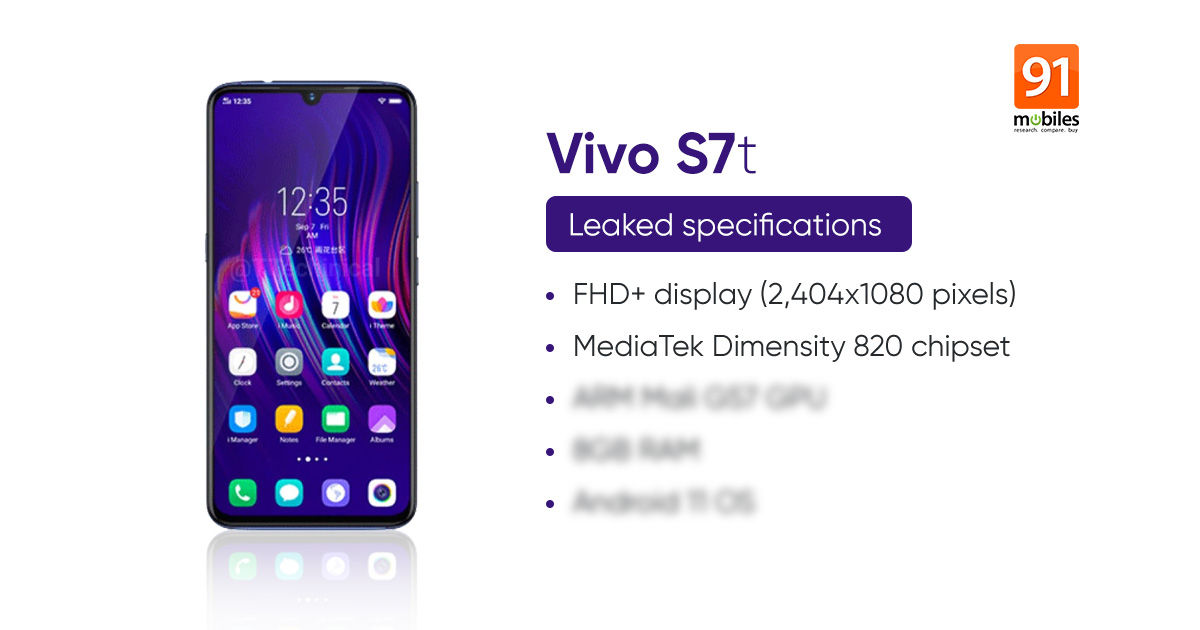 Vivo S7t launch could be soon as the phone has been in the news for the past couple of days. It was recently spotted on China’s 3C certification and Geekbench. Now, the handset has appeared in a Google Play Console listing with the model number Vivo V2048A, revealing some specifications. The listing suggests it will be powered by the MediaTek MT6875 SoC, which is the Dimensity 820 chipset, paired with ARM Mali G57. This is in line with a recent tip from noted leakster DigitalChatStation. The Vivo S7t will be a 5G-ready handset that may launch in China first and eventually expand to more markets. 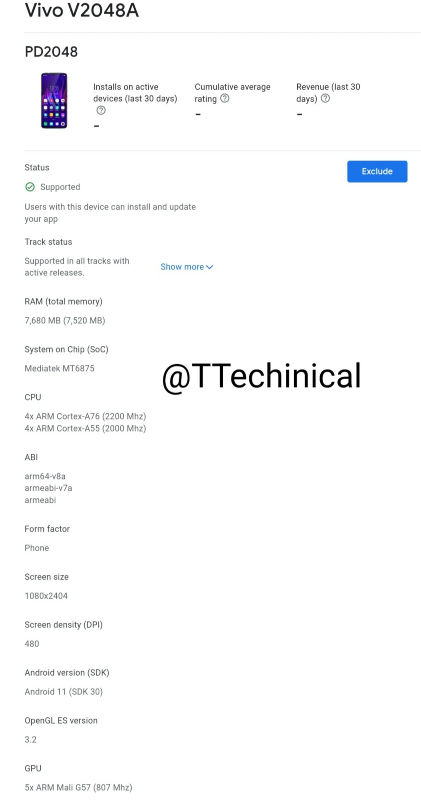 The Vivo S7t Google Play Console listing suggests it will arrive with 480 DPI and FHD+ display, bearing a resolution of 1,080 X 2,404p. The MediaTek Dimensity 800 chip will be backed by 8GB RAM and Android 11 OS. The listing also has an alleged render of the phone. It shows off the waterdrop notch on the front for the selfie camera. The volume rocker and power button are on the right, while there is another button on the left, probably for Google Assistant. There’s always a possibility of the image being just a placeholder, instead, of the actual design. DigitalChatStation claimed the Vivo S7t specifications will be similar to the standard Vivo S7, barring the chipset.

To recall the Vivo S7 specifications, considering speculations are rife the internals could be similar to S7t’s, it is expected to sport a 6.44-inch FHD+ AMOLED display with 91.2 percent screen-to-body ratio. The phone packs 8GB RAM paired with up to 256GB storage. It runs on Android 11-based Funtouch or OriginOS out of the box and be equipped with a 4,000mAh battery. The phone has an in-display fingerprint sensor for security. 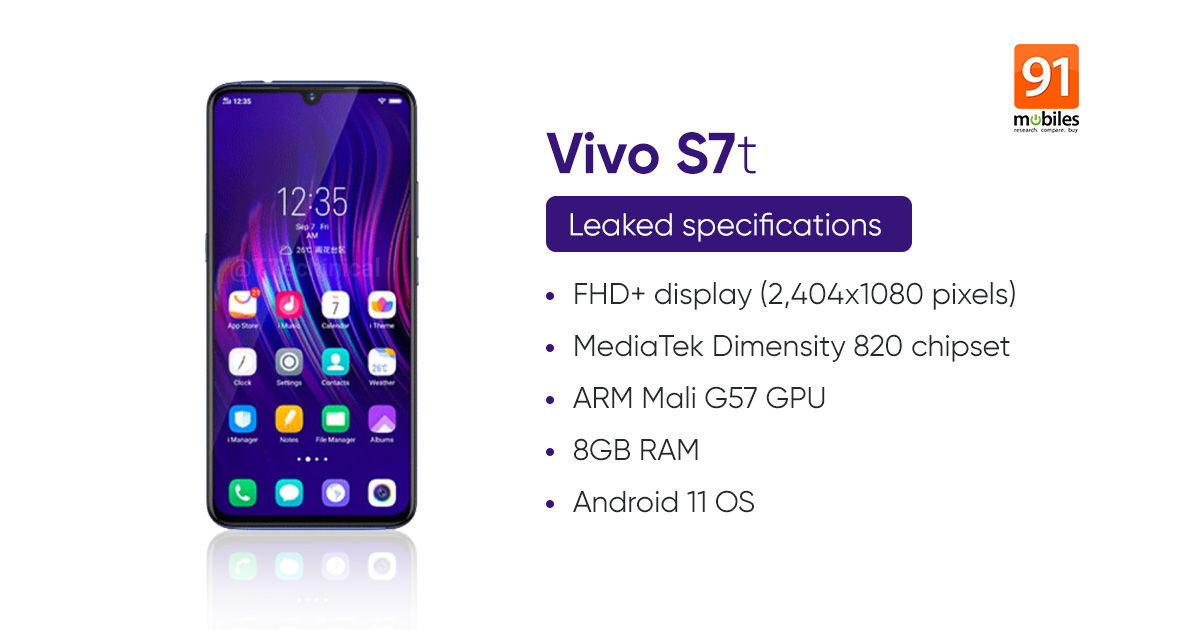 The Vivo S7 packs triple camera setup at the back, with a 64MP primary sensor, an 8MP ultra-wide-angle lens, and a 2MP mono sensor. There are a 44MP Samsung GH1 primary sensor and an 8MP ultra-wide secondary lens on the front for selfies and video chats. Connectivity features include 5G SA/NSA, Dual 4G VoLTE, Wi-Fi 6, Bluetooth 5.1, GPS + GLONASS, NFC, and USB Type-C port.