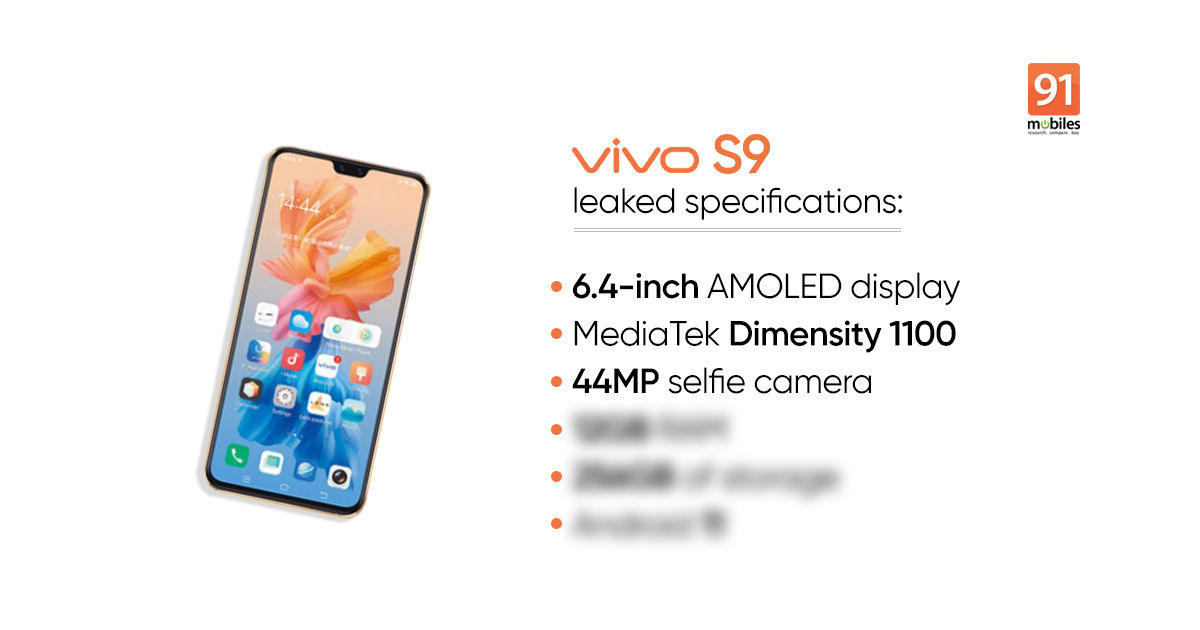 Vivo S9 launch date has been tipped alongside key specifications. This could be the world’s first-ever smartphone powered by MediaTek’s latest Dimensity 1100 chipset. A Weibo tipster speculates that the Vivo S9 launch date is March 6th in China. Not a whole lot is known about the smartphone at this moment, except for its name, chipset, and screen size, which is set at 6.4 inches. The leaker speculates that the Vivo S9 will come with two selfie cameras – a 44MP sensor coupled with what is very likely an ultra-wide-angle lens. A leaked render of the Vivo S9 (via Abhishek Yadav on Twitter) tells us that both camera modules will sit in a waterdrop-style notch at the centre of the screen.

Prima facie, the Vivo S9 looks like a marginal improvement over its predecessor, the Vivo S7, which came with the same selfie camera configuration. We can expect the Vivo S9 to improve upon some of its predecessor’s hardware. We already know that it will come with a newer MediaTek Dimensity 1100 and it will be interesting to see what else gets an upgrade. A recent Google Play Console listing told us that the Vivo S9 could come with up to 12GB of RAM, 256GB of storage, and run Android 11 out of the box. 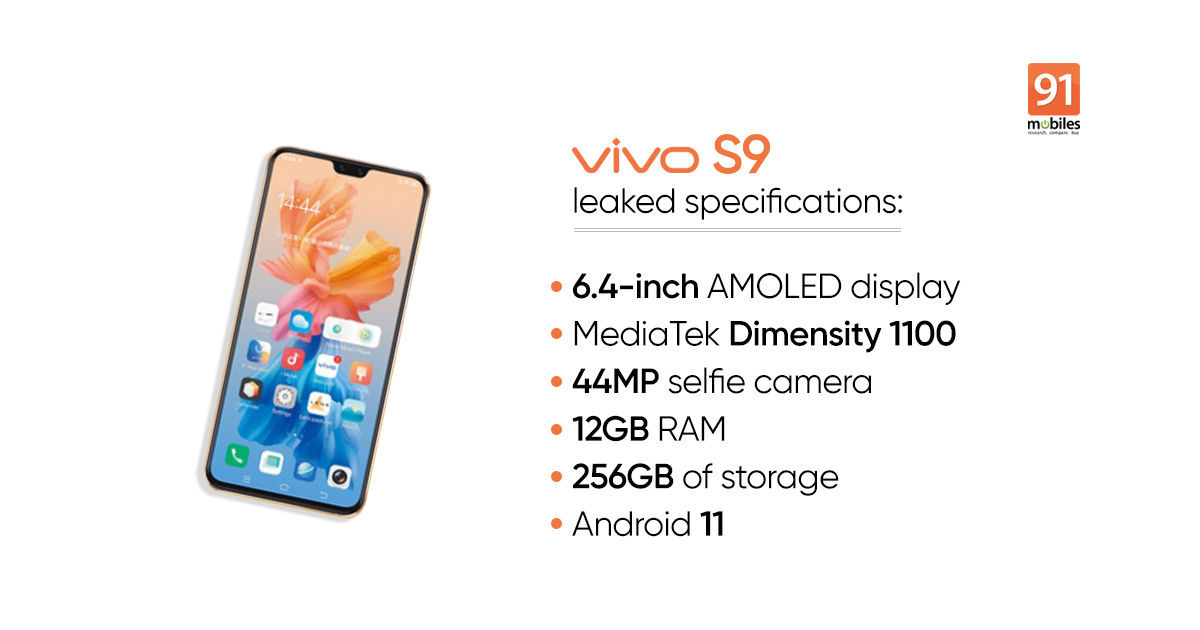 Looking at the Vivo S7 spec sheet, we can reasonably assume that the Vivo S9 will also come with an AMOLED panel and three rear cameras. Whether or not the screen will come with a 90/120Hz refresh rate remains to be seen. Although the selfie camera configuration has remained largely identical across both devices, there is a high chance of Vivo using newer hardware on the rear camera array. Similarly, we can expect to see some improvements in the battery department as well.