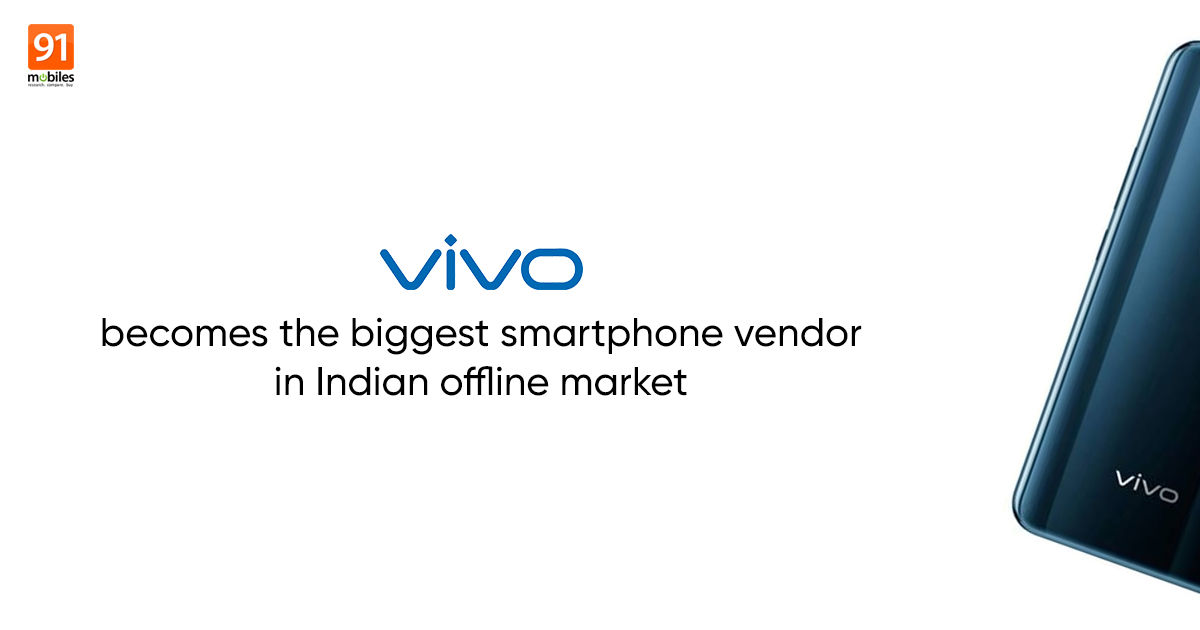 The other big brands in the offline market are OPPO and Realme – the former’s market share dropped slightly, from 16.5 percent to 16.3 percent, while the latter grew from 5.7 percent to 7 percent during the two months. An interesting thing to note in the data is that Samsung’s market share has eroded from a massive 35.8 percent in November 2018 to 21.6 percent a year later. Vivo, OPPO, Xiaomi, and more recently Realme have gained at Samsung’s expense in the last year.

Samsung was, for the longest time, the largest smartphone vendor of India. While it was overtaken by Xiaomi on overall terms, it still retains a hold in the offline market of India, thanks to its massive distribution and retail network across the country. In comparison to Chinese OEMs such as Xiaomi and Vivo, Samsung has been in India for a much longer time and has been more of a household name since it also deals in household appliances and more.

Vivo, meanwhile, has seen significant growth in recent times and focused on the offline market to fuel this growth. This has helped the brand to grow into one of the top three smartphone vendors of India. According to IDC’s market data from November 2019, Xiaomi led the overall market in November 2019 with 30.4 percent market share. Samsung came in second with 21.1 percent market share, while Vivo ranked third with 16.9 percent. It is expected that market share reports for the entire Q4 2019 will show a reshuffle in the order, with Vivo or Realme perhaps overtaking Samsung.