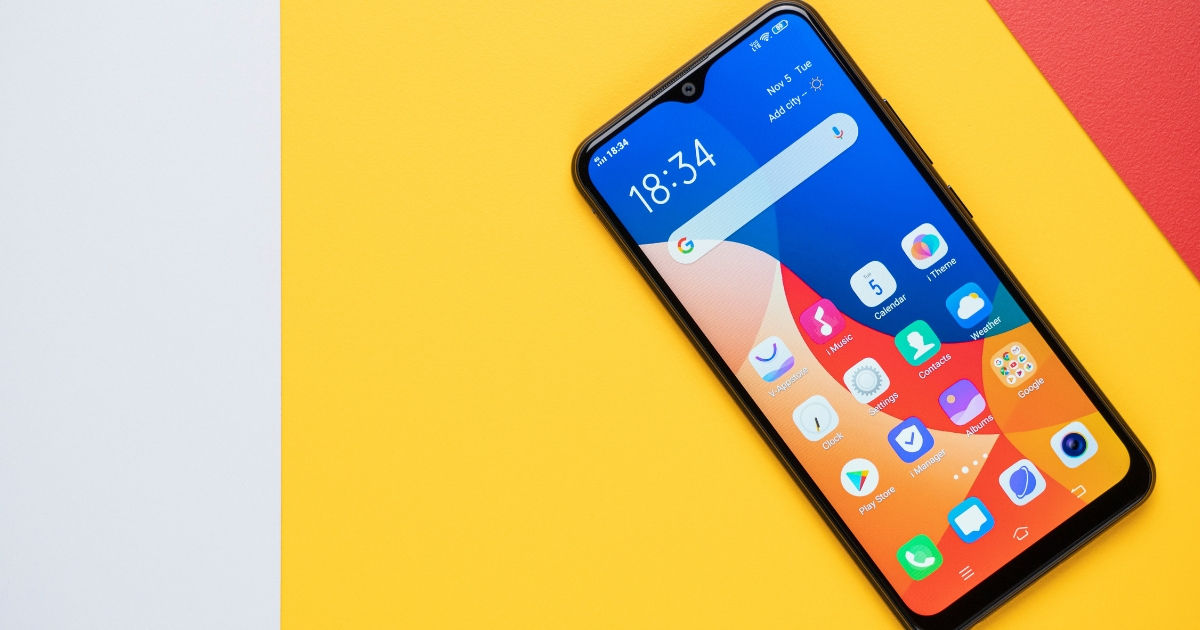 When I reviewed the Vivo Z1 Pro back in September, I felt it was a fine example of how the brand is shedding its old image. And the good thing is the launch of an all-new Z series wasn’t just a one-time thing. Taking the fight straight to its arch rivals from its home country, the company is introducing some excellent bang-for-the-buck options. And the latest assault comes in the form of the Vivo U10 (first impressions) that brings some solid specs at an affordable price tag of Rs 8,999. So can then the Vivo U10 emerge as the best smartphone to buy under Rs 10k? That’s what I intend to decode in this review today. 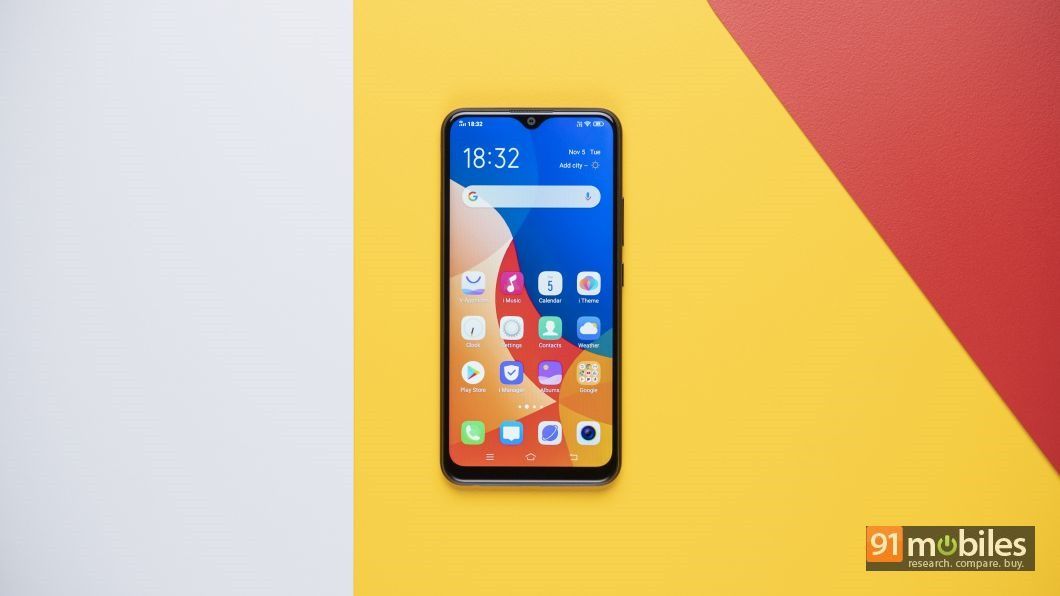 While one might think that in the age of smartphones that flaunt glass backs or polycarbonate builds with gradient patterns, it’d be difficult to make a smartphone that can stand out. Vivo has managed to do just that with the U10. The smartphone is dressed to impress, which is evident as you soon as you see its rear panel. With diagonal lines and an attractive two-tone hue of blue and purple colourways, the smartphone is definitely a conversation starter. The hues change depending upon the angle of the light hitting its surface. 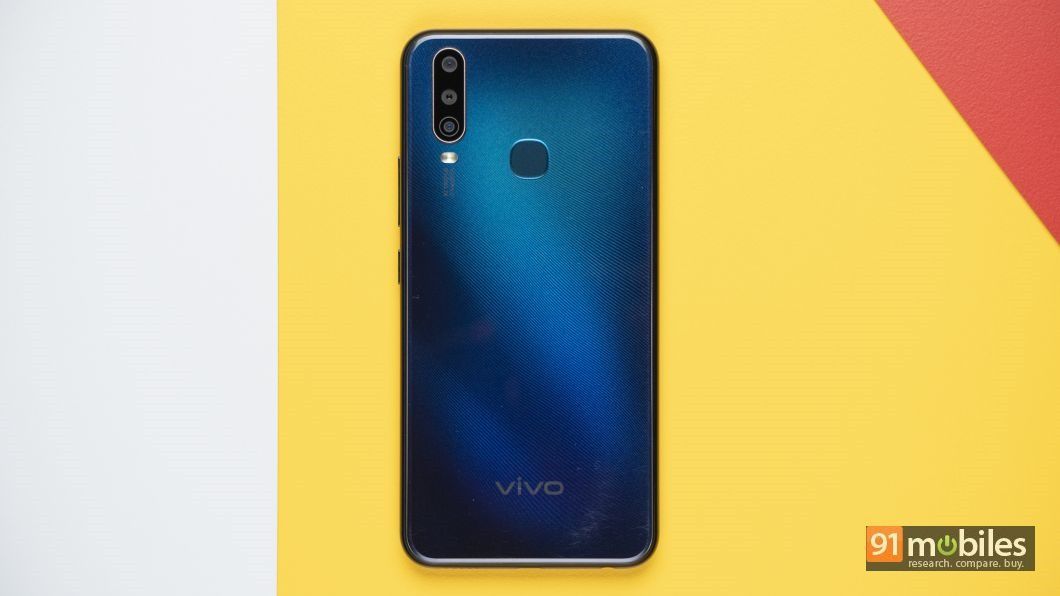 Additionally, even with a beefy 5,000mAh battery, the device doesn’t seem to be too heavy at 190.5g. It is however, slightly thick at 8.9mm. And that becomes even more apparent because the Vivo U10 doesn’t have curved edges. Instead, it comes across as a boxy smartphone, which isn’t necessarily a bad thing. 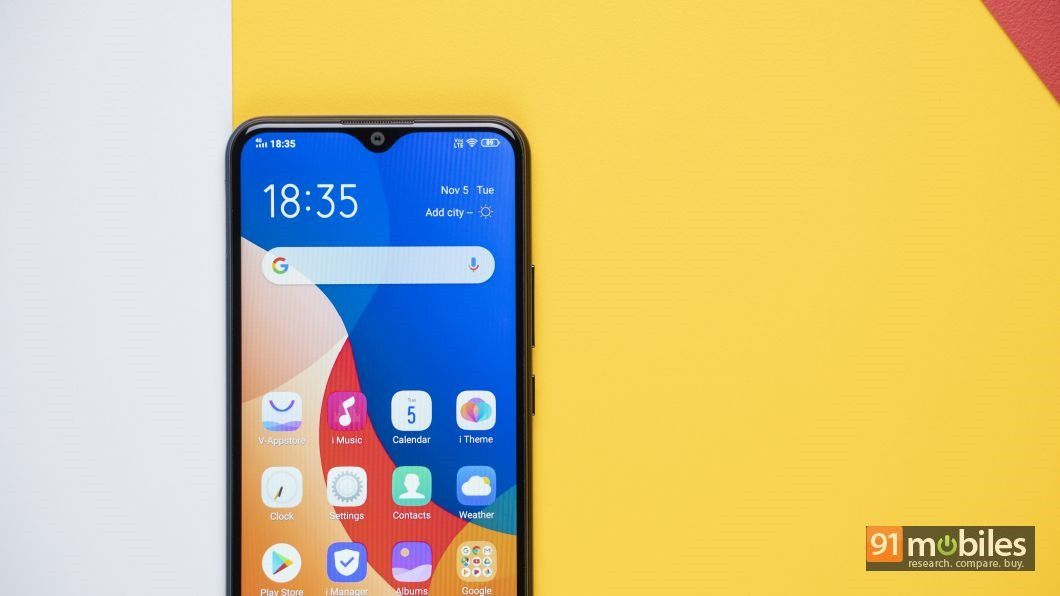 Speaking of ports and controls, Vivo’s U10 features a conventional placement. Sadly, that also means that it continues with the older-gen micro-USB interface. At a time, when even budget handsets have started featuring Type-C sockets, it’s certainly a bummer.

In terms of the design elements on the back, you’ll find the triple camera module accented by golden edges and accompanied by a dual-LED flash. The good thing is that the array doesn’t protrude too much and the smartphone doesn’t wobble either when kept on a table. You’ll also find the squircle fingerprint reader works like a charm and is ideally located as I didn’t find any issue in reaching it with my finger. Of course, the fingerprint reader isn’t even needed most of the time as the face unlock is blazingly fast. That said, the latter doesn’t work in sunlight and struggles in low-light conditions too. What I really like was the phone’s excellent grip which ensured that I didn’t need to use the bundled transparent cover. The rear panel does however, attract a lot of fingerprints.

Coming to the front, the Vivo U10 features a dewdrop notch sitting atop a 6.35-inch screen. The IPS panel bears HD+ resolution, which is a standard in this price band. Consequently, you wouldn’t find much to complain about the display quality unless you start pixel peeping. What’s perhaps more disappointing is the poor palm rejection which resulted in apps exiting or videos getting paused inadvertently, and that’s more noticeable when the device is being held in landscape orientation. 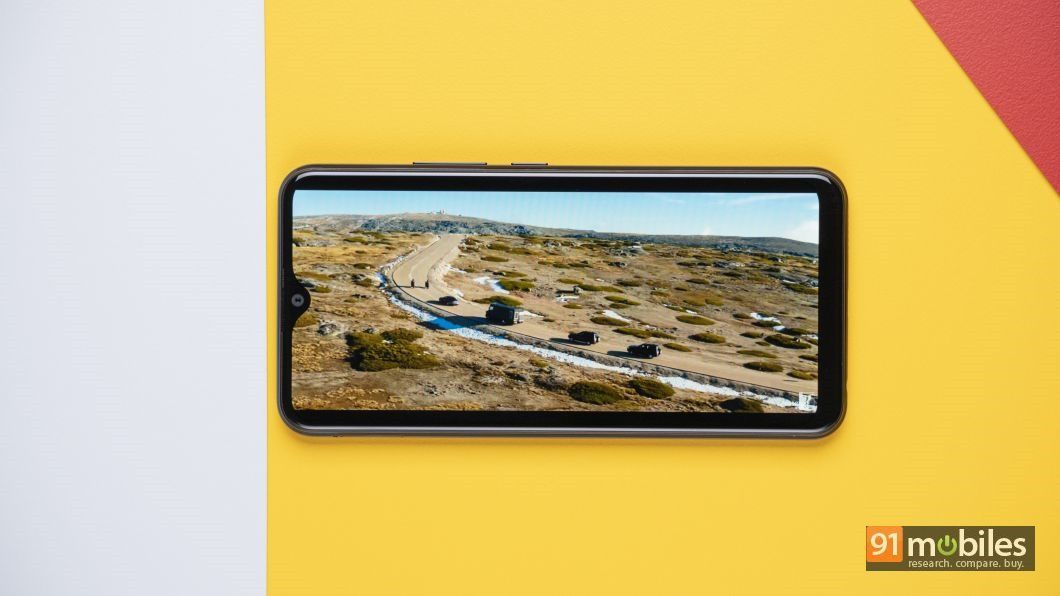 The Vivo U10 features a trio of sensors on the back headlined by a 13-megapixel f/2.2 lens. The primary snapper is accompanied by an 8MP wide-angle sensor with 120-degree field-of-view and a 2MP depth-sensing unit. Now that’s a fairly standard setup, but you do get some software-based features such as AI Beauty to make the most of it. For selfies, the phone sports an 8MP sensor placed inside the cut-out on the front. 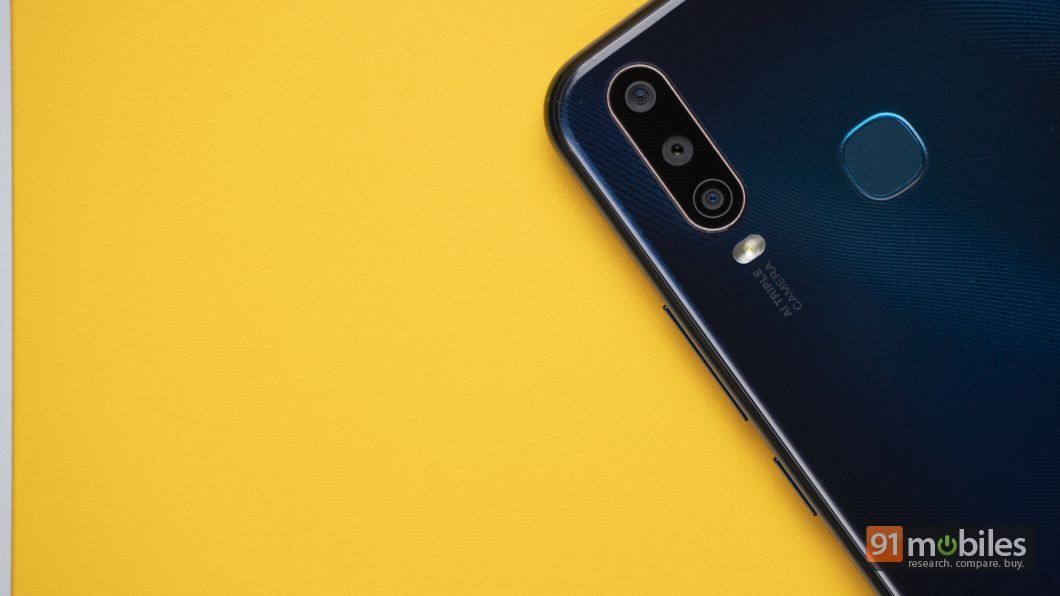 The camera app is quite user-friendly as it presents all the options right up front on the viewfinder itself. The bottom row offers various modes such as photo, video, AI Beauty, Pano and Pro. Above it, you’ll find the shutter button, preview gallery and access to the front shooter. There are more settings and options just above the modes, including, wide-angle mode, real-time filters, self-timer etc. On the very top of the viewfinder, you’ll find options to toggle the flash, HDR mode and access settings. While I like the interface, it’s odd to not see an HDR auto option.

Now all that doesn’t matter if the camera performance isn’t up to the mark. Well, I have mixed feelings about this. The Vivo U10 offers good images in daylight with decent sharpness levels and colour reproduction. But it struggles to lock focus on the subject in close-ups, and low-light images aren’t that impressive either. There’s a considerable amount of noise and exposure issues. The wide-angle camera works well in well-lit situations helping add a new perspective to the scene and keeping distortion levels to the minimum. The tertiary depth sensor enables good portrait images, and you could also change the bokeh effect by virtually adjusting the aperture from f/0.95 to f/16.

The U10 can capture videos in up to 1080p resolution, and due to the lack of any sort of stabilisation, the output is just about acceptable. The front camera does manage to do a good job, though it also isn’t able to control the exposure levels of the light source. To put it in perspective, Vivo U10’s rivals – the Realme 5 and Redmi Note 8 – does seem to fare better in the imaging department. 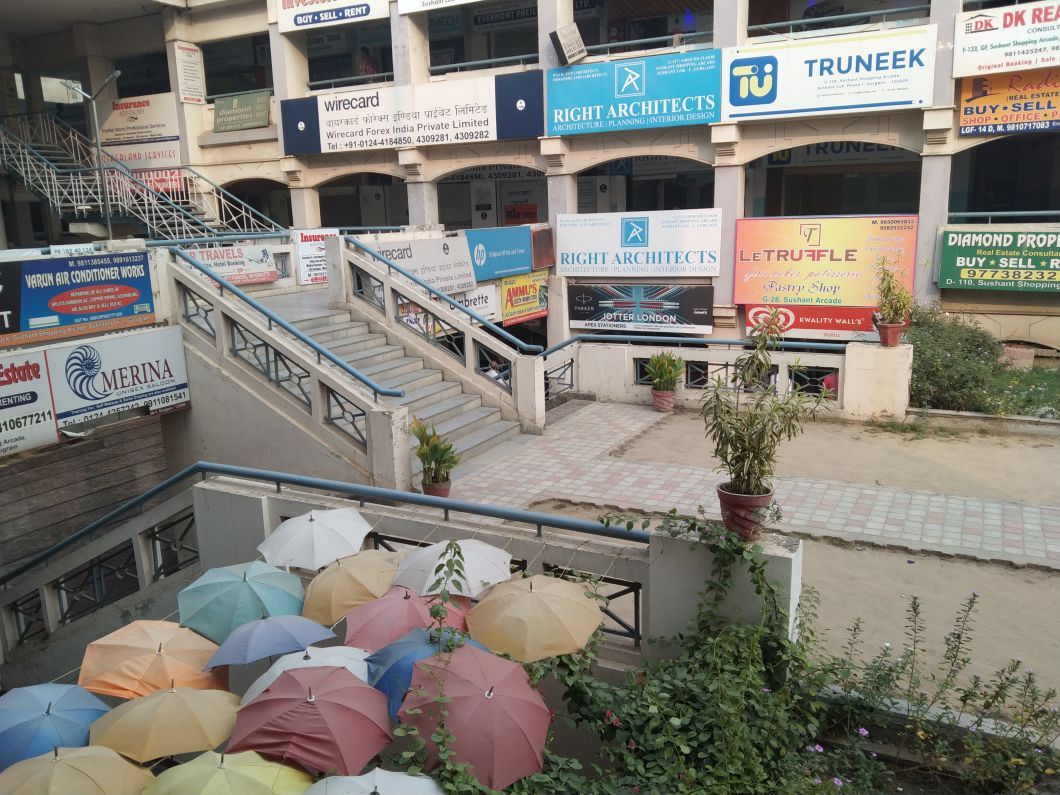 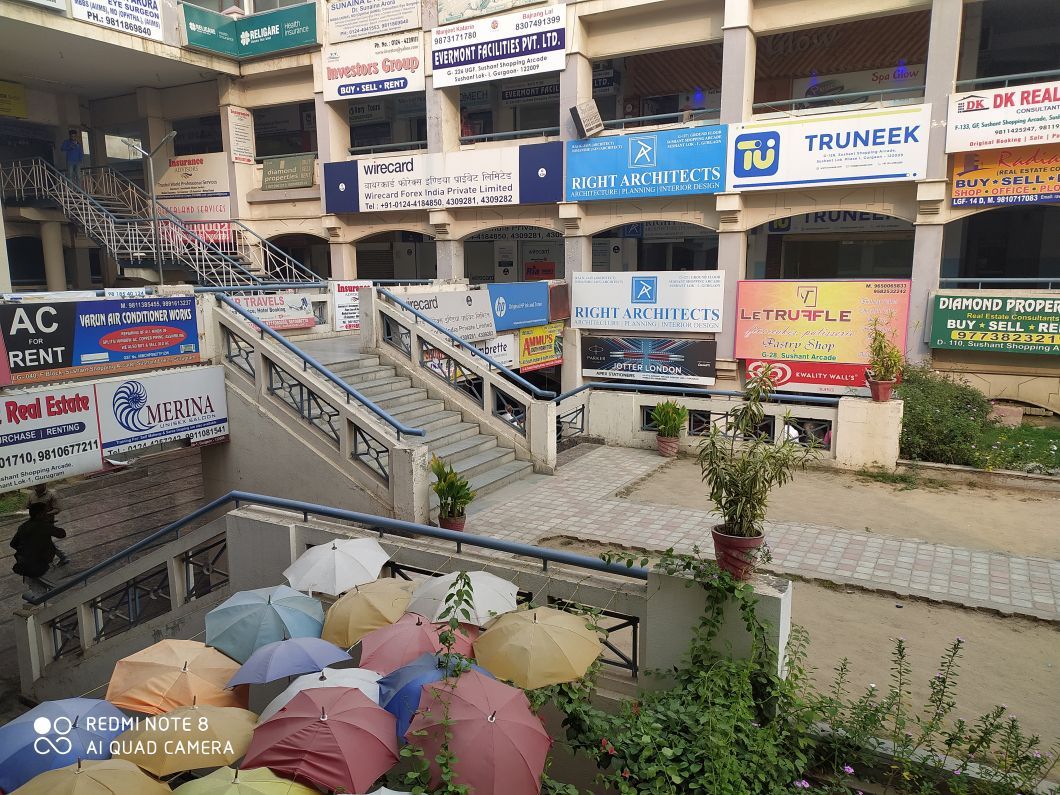 As things stand, the Vivo U10 is the most affordable smartphone with Qualcomm’s octa-core Snapdragon 665 SoC. Considering the chipset even powers devices available in the Rs 20k range, it’s certainly impressive that the handset offers the 12nm processor at such an enticing price point. We’ve already reviewed quite a few phones with this silicon, and our experience with the U10 remains the same. 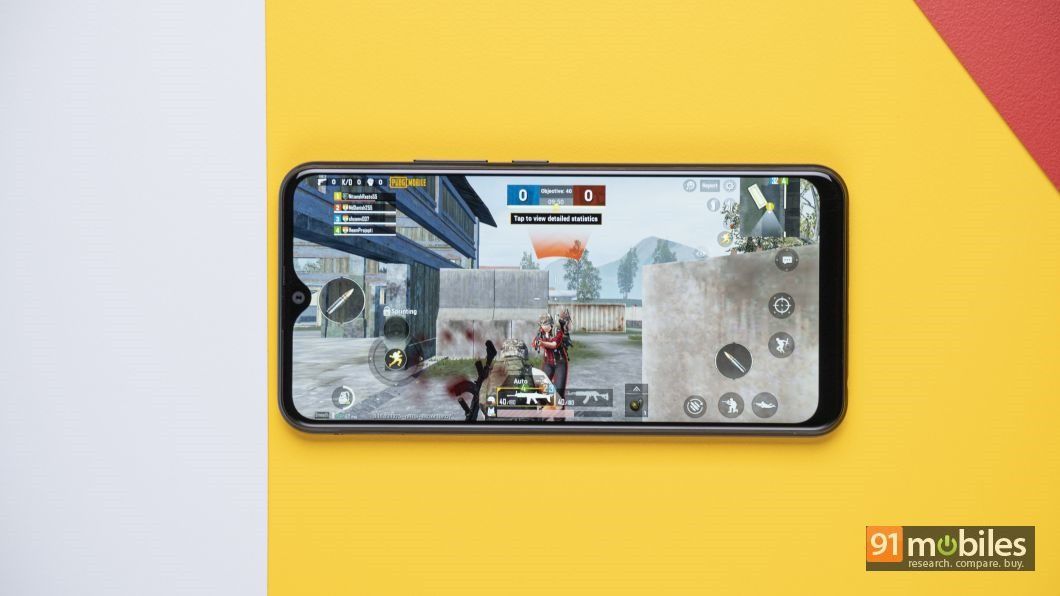 Yet, it’s not always smooth and it seems that the software is at fault for that. Like always, Vivo’s latest ships with FunTouch OS which is known for its bloatware and heavy customisations. The one on the U10 is v9 and uses Android 9.0 Pie as its base. The iOS-inspired skin feels odd at the time and age when Android’s design ethos has come a long way. There are also a lot of preinstalled titles in the form of Gaana, Amazon Shopping, Facebook, et. al., though the good thing is that they can be uninstalled. Just like in the case of the Z1 Pro, the dark mode is certainly interesting, but its implementation is quite crude as some apps tend to look strange.

In terms of memory, the U10 comes with 3GB or 4GB RAM, and depending upon the variant, you’ll get 32GB or 64GB storage onboard. I got the latter as a review unit and it offers 51GB space out of the box. On an average, ~2GB RAM is spare and hence multitasking is plenty fast.

If you’re a gamer, Vivo’s U10 wouldn’t disappoint you. While you can’t expect to see HD graphics on PUBG Mobile, the device is able to offer balanced visuals in medium frame rates and in case you want a smoother experience, then you can also opt for lower settings. The phone also offers good thermal efficiency as it doesn’t heat up even after playing for half an hour.

Among the biggest highlights of the Vivo U10 is its battery. With a 5,000mAh capacity, the cell ensures that the phone can last two days with ease on moderate usage. Even with battery-guzzling stuff like navigation and hotspot, the handset manages to outlast the competition and requires a charge only by the next day. While one might bemoan the fact that Vivo hasn’t opted for a Type-C socket, it hasn’t skimped upon fast-charging capabilities. The device offers 18W Dual-Engine fast charger, which manages to juice up the handset from 10 percent levels to 100 percent in a little more than two hours.

The Vivo U10 price in India is set at Rs 8,990 for the 3GB RAM variant, while the higher-end model costs Rs 10,990. For your money, it offers everything that you would want in a smartphone – from powerful internals to good cameras, with the battery life being the scene-stealer. 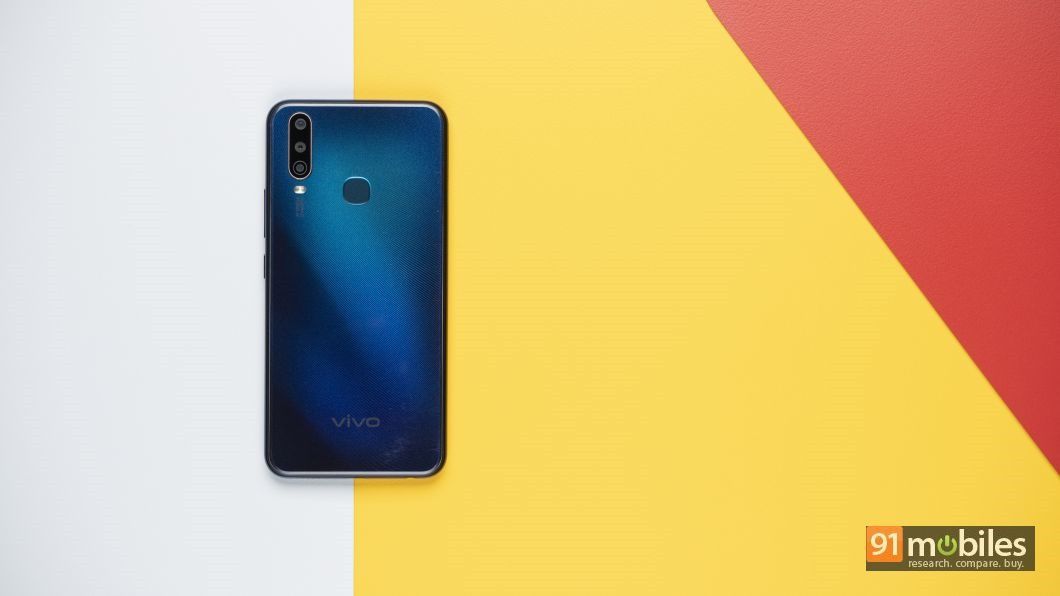 And even when you pit it against the competition, it manages to stand tall. There’s the Realme 5 (review), which offers similar specs and an additional 2MP macro sensor. Xiaomi’s Redmi Note 8 (review) is also a great option as it ships with a powerful 48MP primary sensor along with featuring a fourth lens meant for capturing photos up close. Yet, both of them are priced Rs 1,000 higher. Now if you are looking for superior imaging prowess or don’t want to resort to using a launcher to get rid of FunTouch OS’ interface, I’d surely suggest going for either of these two, but otherwise, the Vivo U10 is a solid offering to go for under Rs 10k.

Vivo U10 Price View All
Competitors for Vivo U10
ShareTweetShare 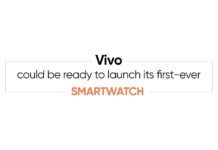 Vivo’s first-ever smartwatch, named Vivo Watch, could be in the works 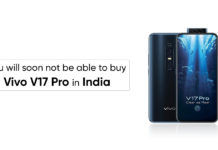 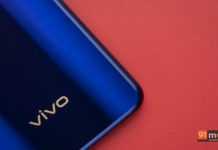 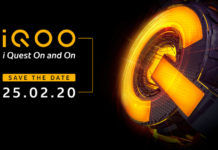 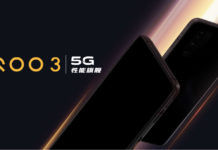 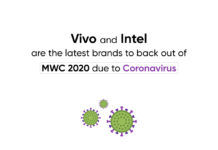 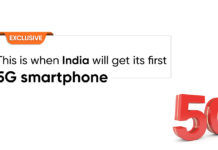 [Exclusive] iQOO 3 to launch in India on February 25th, will bring Snapdragon 865 SoC and 5G support 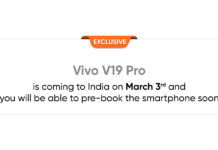 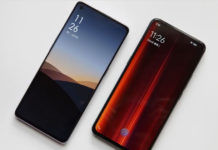 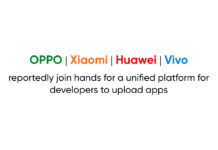