91mobiles.com
Home Bottom panel Vivo U20 to go on sale in offline stores by December... 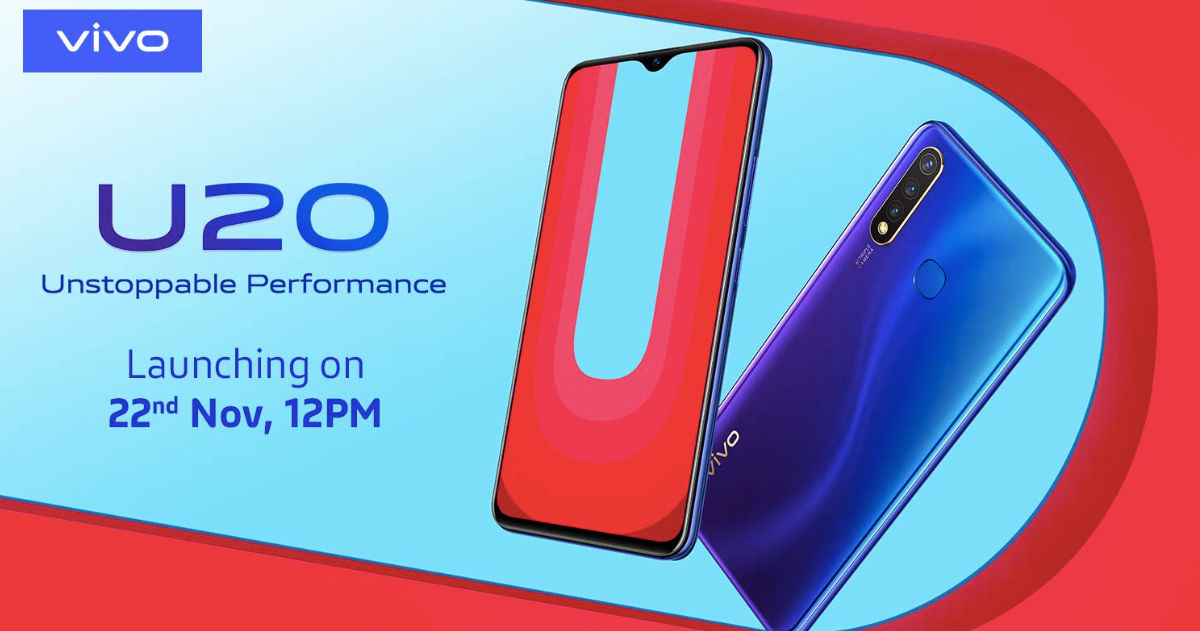 The upcoming Vivo U20 smartphone will become available in offline stores across the country by December 12th as part of the brand’s efforts to appease brick-and-mortar retailers. According to a letter to offline retailers by Vivo India CEO Jerome Chen, accessed by 91mobiles, the brand plans to release all U series phones in offline and online stores simultaneously starting 2020. Vivo U20 India launch is slated for tomorrow, November 22nd — while the release date for the handset is not yet known, we can expect it to be available only via Amazon.in and Vivo e-store at least for the first sale. 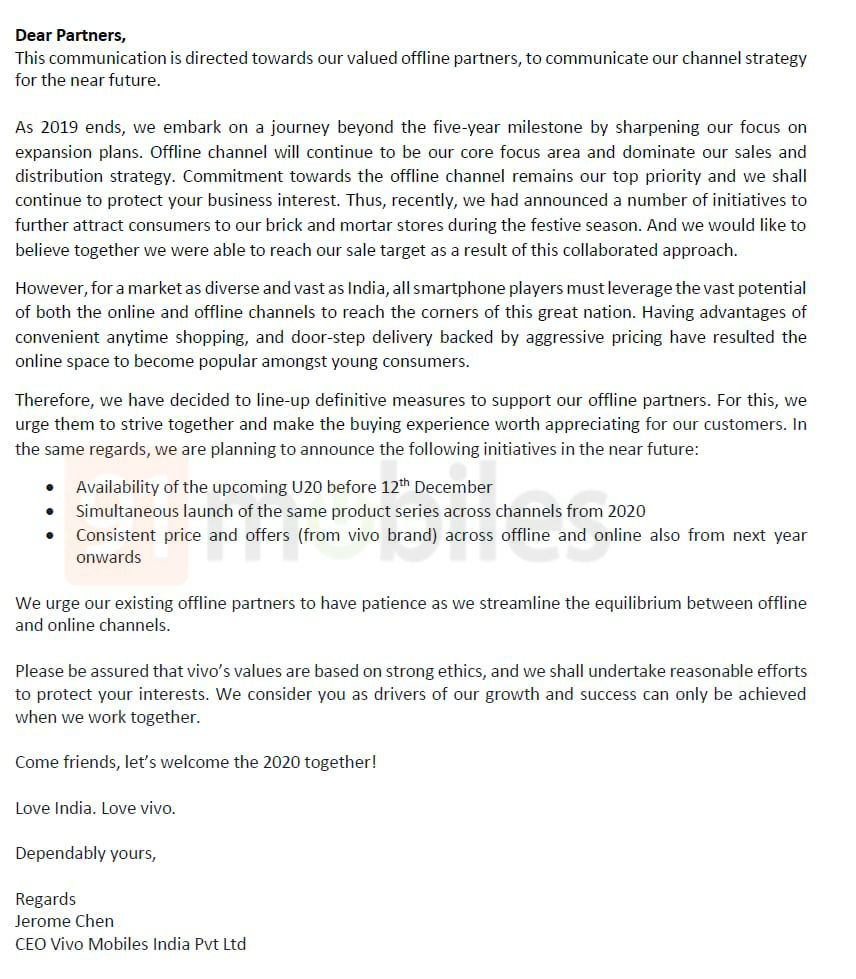 In his letter, Chen tells the operators of brick-and-mortar stores that Vivo will also ensure consistent prices and offers on the two channels starting next year. These efforts are clearly aimed at alleviating the concerns of offline retailers, who feel their sales are being squeezed by online retail giants Amazon and Flipkart.

Vivo, along with sister brand OPPO and rival Samsung, has been dominating the offline market for the past few years. While offline sales account for over half the smartphones sold in India, this figure is reducing rapidly. To tap the online segment, it launched the U series in partnership with Amazon as its online-only lineup but clearly even the U series phones are going to offline stores. There’s also the Z series that is still limited to only the online market.

Xiaomi — which leads the Indian smartphone market — has set its sights on the offline segment for its next phase of growth. So Vivo has to strike the balance between penetrating the online market with exclusive launches and maintaining its market share in the offline market. It should be noted that Vivo was ranked the third-biggest player in the Indian smartphone market last quarter. The brand is in competition with Realme to overtake Samsung as the country’s second-largest brand in the October-December period.

As for the Vivo U20, it is an affordable smartphone that succeeds the U10 from September 2019. It has a 6.53-inch full-HD+ display with waterdrop notch and 90.3 percent screen-to-body ratio, Snapdragon 675 SoC, triple rear cameras, and 5,000mAh battery. Other Vivo U20 specifications and features include up to 6GB of RAM, UFS 2.1 storage, 3.5mm audio jack, Widevine L1 certification, 18W fast-charging support, and rear-mounted fingerprint sensor. We will have to wait for the launch event tomorrow to find out the Vivo U10 price in India and the rest of the specifications.

Vivo U20 Price
View All
Vivo U20 Video
ShareTweetShare
Share

[Exclusive] Vivo U20 8GB RAM variant price in India in offline market will be Rs 17,990