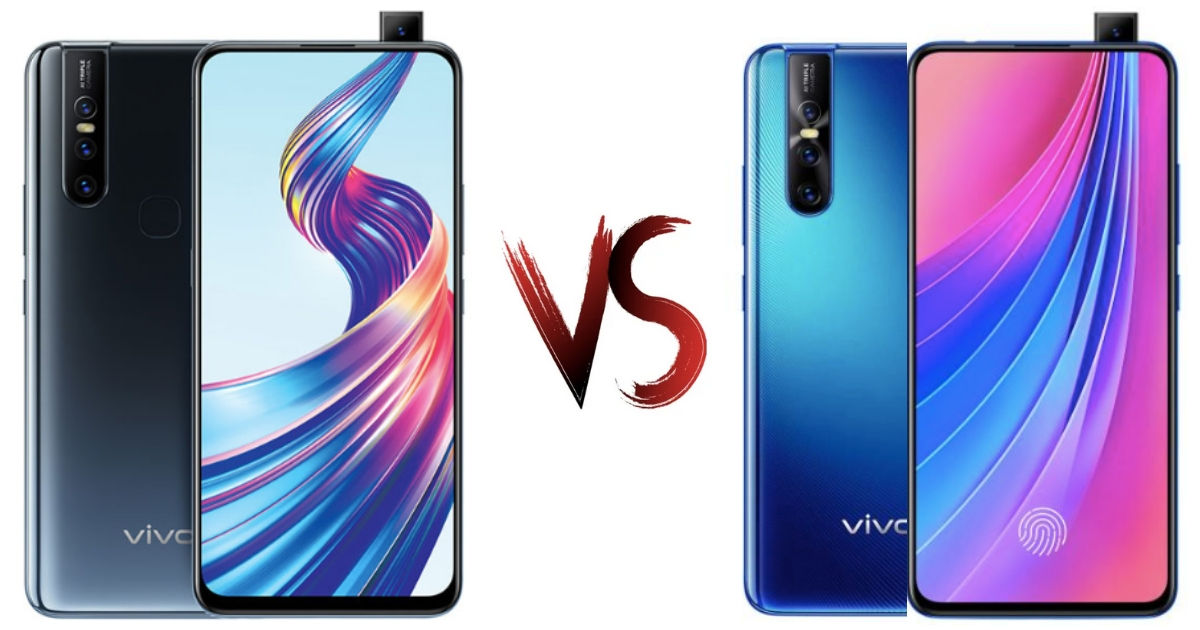 Last month, Vivo launched the V15 Pro smartphone in India, and today, it has announced a watered down version of the same. Known as the Vivo V15, the new mid-range smartphone still features a pop-up selfie camera, but is low on some specifications as well as the price. If you’re looking for a smartphone with a pop-up camera, then this could be a great buy. It is not only cheaper than the V15 Pro (review), but also features a larger display and bigger battery. In this post, we are going to compared the Vivo V15 price in India and specifications with those of the Vivo V15 Pro.

The Vivo V15 price in India is Rs 23,990 and will go on sale starting April 1st. It is available in Royal Blue, Black and Red colour options. There’s only a single variant of the phone though, which comes with 4GB of RAM and 64GB of internal storage. Pre-orders for the phone will start on March 25th via Amazon India, Flipkart and the official Vivo website.

Coming to the Vivo V15 Pro, this phone is priced at Rs 28,990 and it comes with 6GB of RAM and 128GB of onboard storage. The phone is already available for purchase online and offline. It is available in either Topaz Blue or Ruby Red colour options.

Alright, let’s see how the Vivo V15 defers from the Pro variant in terms of specifications. Firstly, the new Vivo V15 gets a MediaTek chipset when compared to the Pro version. The V15 is powered by the MediaTek Helio P70 processor, while the V15 Pro gets the Snapdragon 675 processor. The V15 Pro also comes with 6GB RAM and 128GB storage, which is more than the V15. In terms of performance, the V15 Pro will definitely be faster than the non-Pro version.

Other than having a slower chipset and less RAM+ storage, the Vivo V15 also doesn’t feature an in-display fingerprint scanner as seen on the V15 Pro. That’s not really a problem for many though, as the traditional capacitive rear-mounted fingerprint scanner works better than the in-display scanner. The V15 also gets a larger 4,000mAh battery, compared to the 3,700mAh cell on the Pro version. Both devices support dual-engine fast-charging support.

Coming to the displays, this is where the tables slightly turn. The new V15 features a larger 6.53-inch FHD+ Full-view display, compared to the 6.39-inch FHD+ display found on the Pro model. However, the Pro variant does come with a Super AMOLED display, which is better than the LCD panel when it comes to colour reproduction and brightness. Both phones feature a plastic unibody construction and a triple-rear camera setup.

As for software, both the V15 and the V15 Pro run on the latest Android 9.0 Pie software, with the FunTouch OS 5 UI on top. Both devices also get a 3.5mm headphone jack and expandable storage via a microSD card slot.

In conclusion, if you do not care about the in-display fingerprint scanner and the higher resolution rear camera on the V15 Pro, then you should probably get the standard V15 variant. It has a larger display, a larger battery, the 32-megapixel pop-up camera, and is Rs 2,000 cheaper.