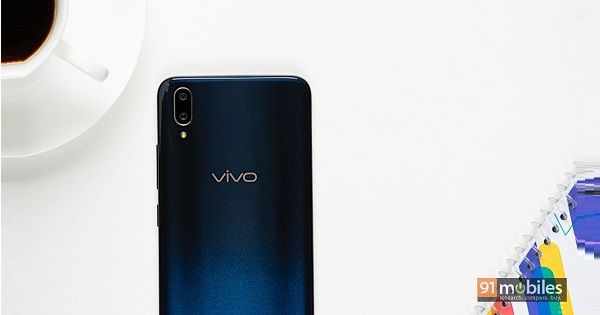 Vivo has sent out media invites for the launch of a new smartphone in India on February 20th. The company says that it’ll take the wraps off a new ‘pop-up star’ in the country, which isn’t a hard guess for a smartphone with a pop-up selfie camera, just like the Vivo Nex. The handset’s silhouette on the invite reveals a pop-up camera located on the top, towards the right. As reported by 91mobiles a few days ago, the upcoming Vivo V15 Pro will have a pop-up camera, so the invite is likely for the launch of the Vivo V15 and its Pro sibling. 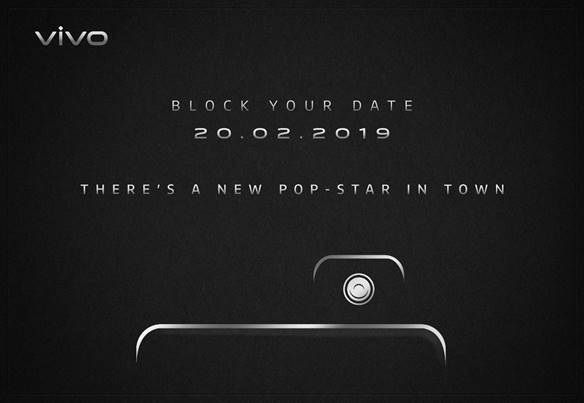 Both the Vivo V15 series models are tipped to come with an elevated front camera sensor that pops from the top edge when users access the front camera. This would help the offerings to boast of an impressive screen-to-body ratio with no bezel or notch whatsoever.

The next-gen mid-range handsets will be the successors to Vivo V11 Pro (review). Both Vivo V15 and Vivo V15 Pro are said to be camera-centric smartphones with a whopping 32-megapixel sensor on the front and triple camera setup at the back panel. The duo will likely come with an AMOLED display with in-display fingerprint sensor.

The specifications of the handsets remain a mystery at the moment, but a leaked case render of alleged Vivo V15 Pro reveals that it’ll have triple rear cameras, bottom-firing speakers, and 3.5mm headphone jack at the bottom edge. The power button and volume rocker are likely to be on the left edge, while the right spine could flaunt a dedicated button for Vivo’s AI-based virtual assistant Jovi. Under the hood, the handsets may implement Qualcomm’s 10nm octa-core Snapdragon 710 mobile platform.