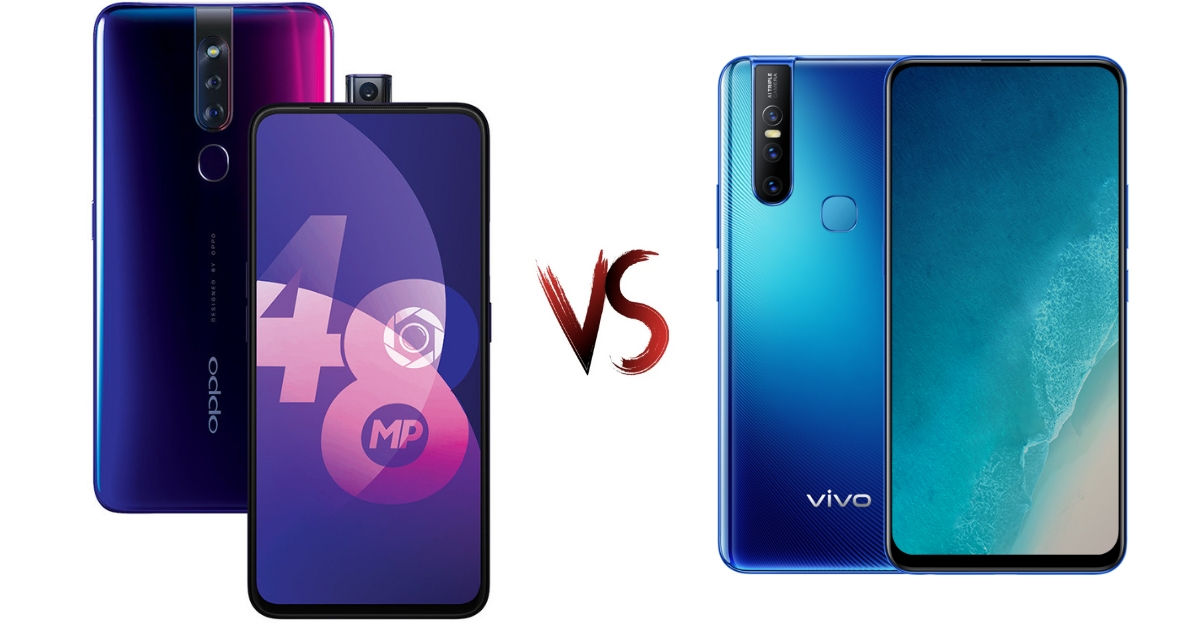 The mid-range smartphone segment in India is a hot take with the like of OPPO, Vivo, Nokia, ASUS going neck-to-neck always. The latest entrants to the segment are the Vivo V15 and OPPO F11 Pro (impressions). With regards to their pricing, both phones are similar to each other but differ in terms of few specifications. So, if you’re wondering which phone to get, we bring you a breakdown between the new Vivo V15 and the OPPO F11 Pro to help you decide which one is the right match for you. 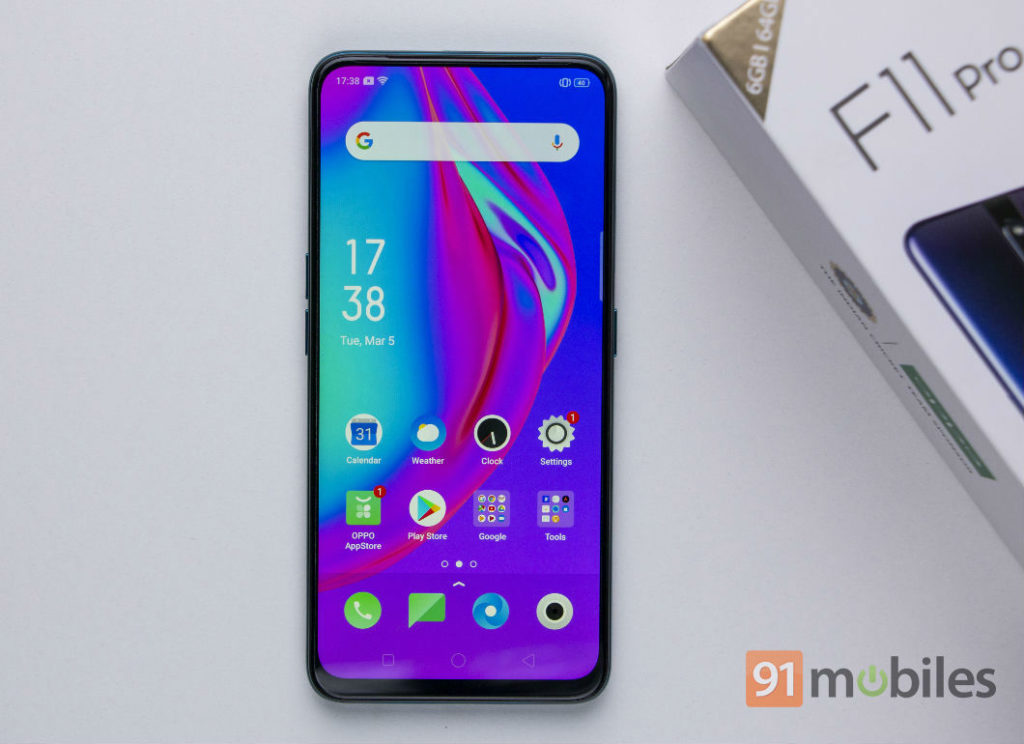 The Vivo V15 price in India is Rs 23,990, while the OPPO F11 Pro costs a little more at Rs 24,990. Both the phones come in a single variant with 6GB RAM and 64GB storage. The two smartphones can be purchased via both online as well as offline stores.

The pop-up selfie camera in order to offer a full-screen experience is common between the two phones. However, the module, like the rear camera arrangement, is centre-aligned on the OPPO F11 Pro, which allows for less distortion in your selfies, according to its makers. However, the pop-up module on the V15 is placed on the left, in line with the left-handed triple rear camera setup. 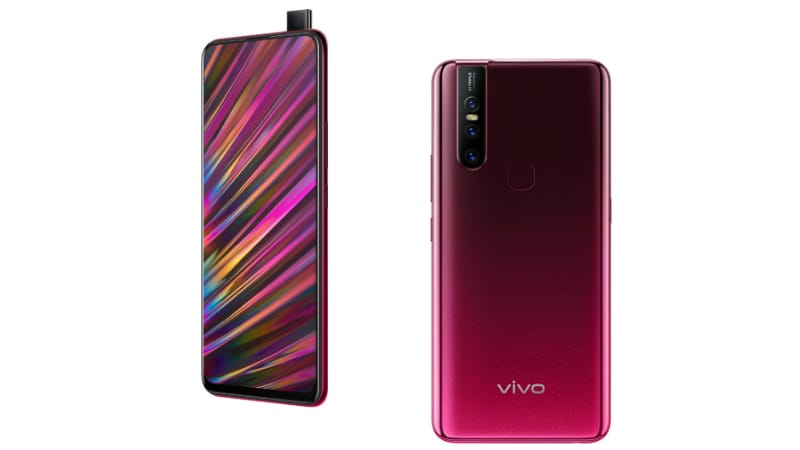 Moving on to the display, the OPPO F11 Pro sports a 6.5-inch IPS LCD display with 1,080 x 2,340 pixels resolution. As for the Vivo V15, it packs a 6.53-inch 19.5:9 full-HD+ Ultra FullView display with the same resolution. Both are powered by the same MediaTek Helio P70 SoC clocked at 2.1GHz octa-core processor, with 6GB of RAM and 64GB storage. The OPPO handset runs on ColorOS 6.0 based on Android 9.0 Pie. It comes with updated gesture navigation, a cycling mode, a cloud storage service and even a digital assistant. The Vivo V15 runs on FunTouch OS 9, also based on Android 9.0. Both of these devices also offer gaming modes. The Vivo V15 has triple rear cameras. It comes with a 12MP primary sensor with an f/1.78 sensor, an 8MP secondary shooter with f/2.2, and a 5MP f/2.4 third shooter. On the other hand, the OPPO F11 Pro packs a dual rear camera setup, comprising a 48-megapixel f/1.79 shooter and a secondary 5MP depth sensor. An Ultra Night Mode, a portrait mode, a bokeh preview mode and a host of other AI-based traits are available on the phone’s camera app.  The pop-up selfie shooter on the former is a 32MP snapper, while latter gets a 16MP sensor. Both phones offer AI-based camera features.

Both the Vivo V15 and OPPO F11 Pro rock a 4,000mAh battery with their respective fast charging technologies. The Dual Engine technology on the V15 is capable of charging the device from 0 to 75 percent in about an hour. OPPO’s VOOC 3.0 promises to offer 20-minute faster charging time than VOOC 2.0. 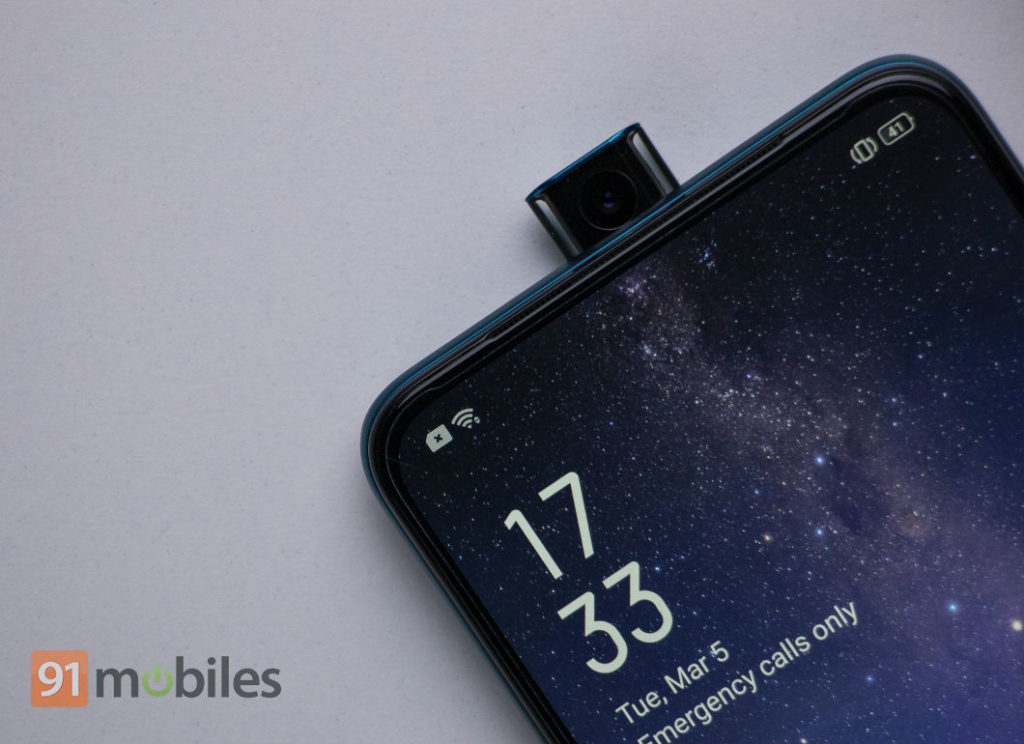 Both the phones sport gradient colours and glass backs. There’s a 3.5mm audio jack on both the phones as is the microSD slot for memory expansion. However, both the phones come with micro-USB ports, which is disappointing. The Vivo V15 comes with a dedicated Google assistant button on the left side.

In terms of features, both the phones are well equipped with powerful hardware and it all comes down to the cameras. Since the V15 offers triple rear cameras and a large 32MP selfie shooter, it looks like a better offering for the price despite the OPPO F11 Pro’s slightly bigger display.