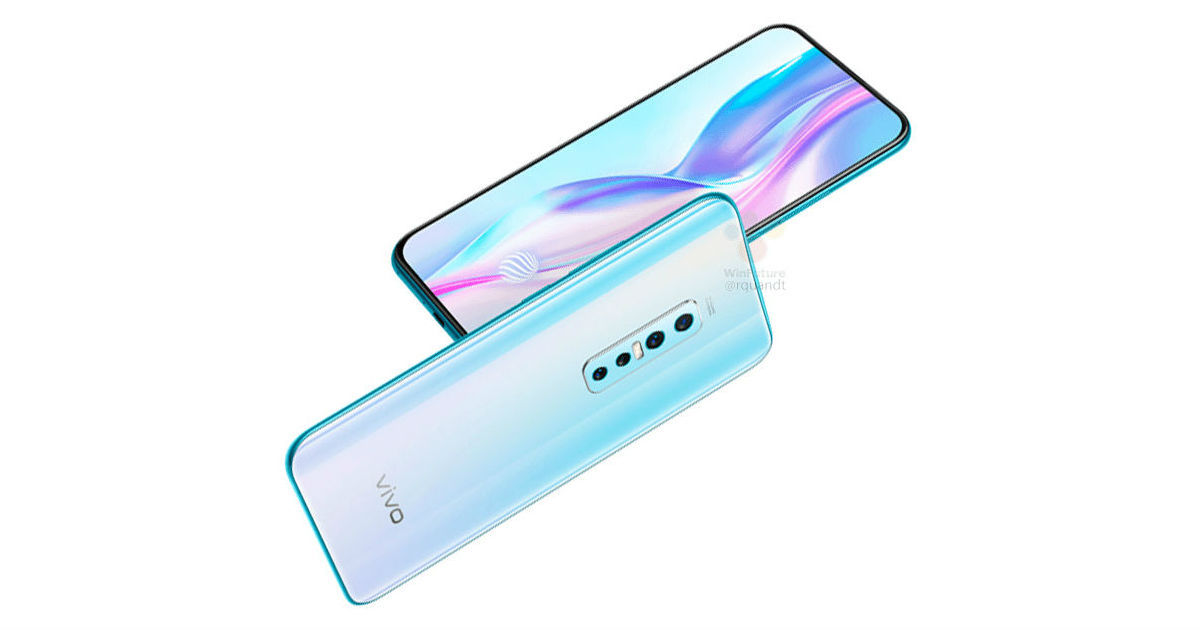 The Vivo V17 Pro India launch has been scheduled as early as next week. The next-gen V series smartphone from the brand has been in rumours for quite some time. Now, 91mobiles has been informed by retail sources that Vivo will take the wraps off the Vivo V17 Pro smartphone on September 20th in the country. The press invite (below) for the launch shows the silhouette of the phone, with pop-up dual selfie camera retracting from the top-edge. Renders have already shown that the phone is believed to come with quad-rear cameras.

The Vivo V17 Pro will be the first smartphone with dual pop-up selfie cameras and quad rear cameras from the brand. The handset will reportedly rock a 6.59-inch Super AMOLED display with 1,080 x 2,440 pixels resolution, in-display fingerprint scanner, and scratch-resistant glass. The phone is said to rock Qualcomm’s Snapdragon 675 SoC paired with 8GB of RAM and 128GB onboard storage. The handset will most likely come pre-loaded with Android 9 Pie-based FunTouchOS out of the box to take care of the software side of things.

In the camera department, the V17 Pro is tipped to feature 48-megapixel + 8-megapixel + 2-megapixel + 2-megapixel sensors on the vertically-aligned quad cameras at the back. On the front, it gets 32-megapixel + 2-megapixel shooters for selfies and video calling. The cameras will be backed by Vivo’s AI algorithm to further enhance the results and Super Night Mode feature, probably for the low-light environment. Other highlights include a 4,100mAh battery, glass sandwich design, and connectivity options such as NFC, Bluetooth 5.0, Wi-Fi, dual SIM support, 3.5mm headphone jack, and Type-C port.

The Vivo V17 Pro price in India is unknown at the moment. However, going by the previous V series phones, the new one can be expected to retail around Rs 30,000. The handset is tipped to arrive in at least two colour variants, light blue and dark blue.