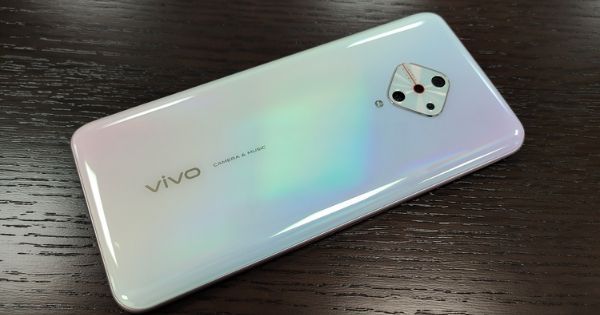 Vivo V17 launch is just ’round the corner as we’ve come across live images of the handset that showed off the design in its full glory. This includes a diamond-shaped quad-camera setup, similar to that of Vivo S5, which is scheduled to launch in China on November 14th. Now, while we wait for the launch, the Vivo V17 has appeared on the NBTC certification website with model number Vivo 1919. With Vivo now rounding up the certifications, the launch shouldn’t be too far away. We have already reported that the Vivo V17 India launch will be in late November.

Though the Vivo V17 NBTC listing doesn’t reveal any specifications, we know a good deal about the handset. It is said to come with a waterdrop on the front to accommodate the selfie snapper and an in-display fingerprint sensor for security. Furthermore, the USB Type-C charging port, speaker, and mic are placed at the bottom of the Vivo V17, while the volume rocker and power button are present on the right spine. There is also a sizeable chin below the screen. The back seems to have a glass design with a unique gradient finish and rainbow accents. It has curved edges at the rear, which should make it easier for single-handed usage.

While it isn’t confirmed, the Vivo V17 is expected to pack a 48-megapixel primary camera sensor. It is likely to pack up to 8GB RAM and 128GB storage that should be further expandable. A 4,500mAh battery is expected to fuel the handset. Under the hood, the Vivo V17 is rumoured to be powered by an octa-core processor; however, the chipset details are scarce at the moment. It’s likely to run on Android 9.0 Pie with FunTouchOS skin 9.1 on top. Unfortunately, that’s all the information we so far know about the Vivo V17, but with everything that’s going on, we should learn more details soon.