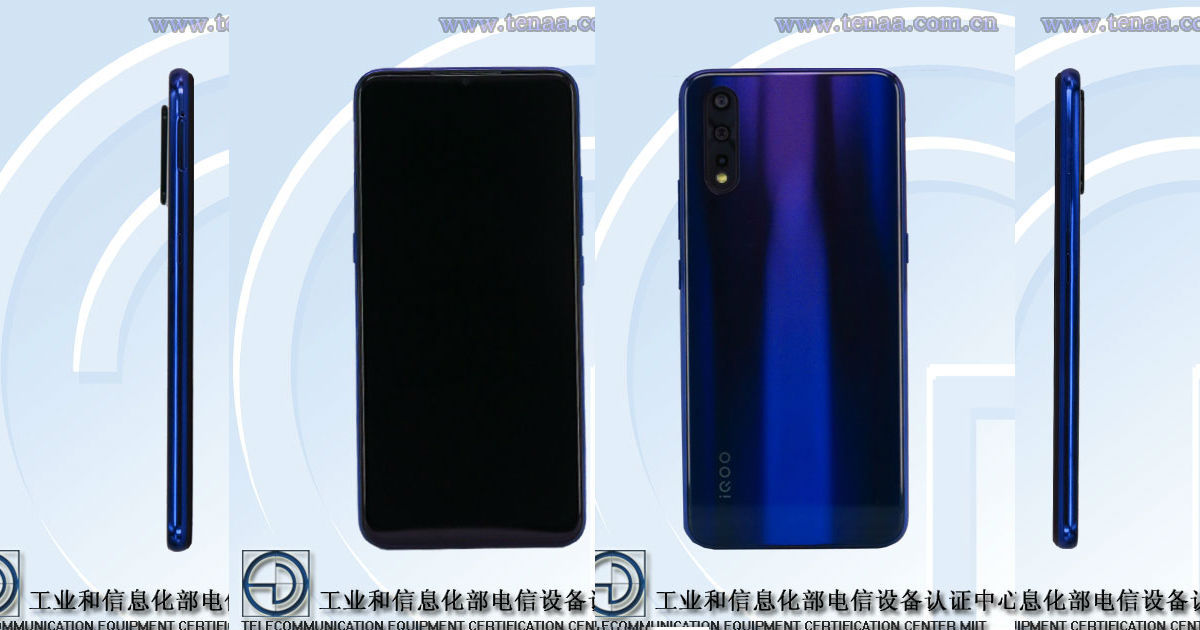 “The upcoming iQOO looks a lot like its sibling the Vivo Neo and even packs the same 6.38-inch display with Halo notch”

A new Vivo smartphone, with model number V1936AL, has surfaced on the Chinese certification agency TENAA. The database reveals the handset’s images and key specifications, which are similar to the already announced Vivo iQOO Neo and Vivo iQOO Neo 855 smartphones. Hence, we can presume that this upcoming Vivo iQOO V1936AL could be nothing but a variant of the iQOO Neo. While there is nothing to back that claim at the moment, the listing reveals the handset sports the same form factor with a 6.38-inch display and triple rear cameras – vertically-aligned at the top-right corner.

The TENAA listing further reveals that the Vivo iQOO V1936AL will be driven by a 4,420mAh battery, which is slightly smaller than the iQOO Neo’s 4,500mAh cell. As for the dimensions, the phone is said to measure 159.53 × 75.23 × 8.13mm. Other features include Halo notch, dual SIM slots, Android OS, Bluetooth, and GPS.

The rest of the specifications are yet to be updated; however, the same model was recently spotted on the CCC database as well. The listing revealed the handset’s 22.5W fast charging support, which is the same as Vivo iQOO Neo. The latter is a mid-range offering that was refreshed with Qualcomm Snapdragon 855 SoC a couple of months ago. The chipset is paired with up to 8GB of RAM and 256GB storage onboard. For photography, the Vivo iQOO Neo packs triple 12-megapixel + 8-megapixel + 2-megapixel cameras at the back and a 12-megapixel shooter on the front for selfies.

The iQOO Neo 855 is driven by Android 9 Pie-based FunTouch OS 9 and sports an in-display fingerprint scanner for security. Fueling the handset is a 4,500mAh battery with 30W fast charging support. The Vivo iQOO Neo 855 price in China starts at RMB 1,998 (roughly Rs 19,900).