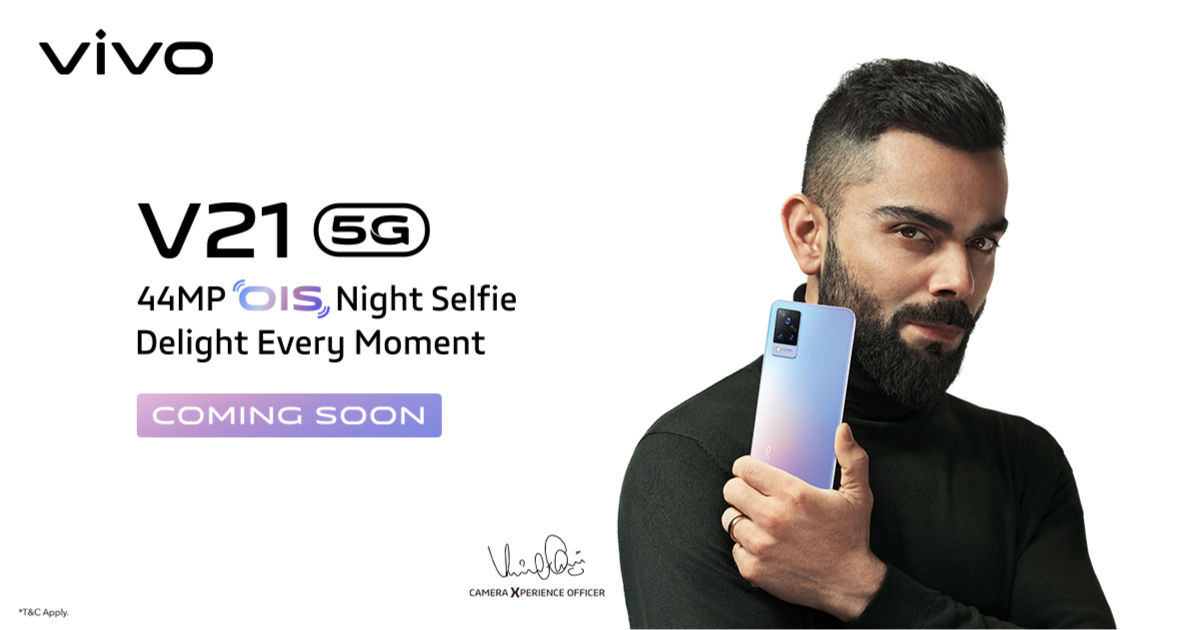 Get ready for the best Night Selfies ever with the new #vivoV21, the slimmest phone just for you.â€‹#ComingSoon to #DelightEveryMoment pic.twitter.com/bUvPI5s7Ep

Along with confirming the Vivo V21 5G India launch, the brand has also revealed that the smartphone comes with a 44MP selfie camera with OIS (optical image stabilization). Moreover, the tweet says that the Vivo V21 5G will be the brand’s slimmest phone yet, suggesting that it is targeted towards users who prioritise design over other features.

The Vivo V21 5G specifications have been teased by the company on its official website for Malaysia as well as its social media platforms for the country. According to the brand, the Vivo V21 5G will have three cameras at the rear. This triple-camera setup will have a 64MP primary sensor with OIS. Separately, the selfie camera of the smartphone will feature an “AI Super Night” mode to capture brighter images in lowlight conditions. Vivo also reveals that the V21 5G will have 8GB of physical RAM, 3GB of virtual RAM, and 5G+5G dual-SIM support.

Some key specs of vivo V21 5G I can confirm: