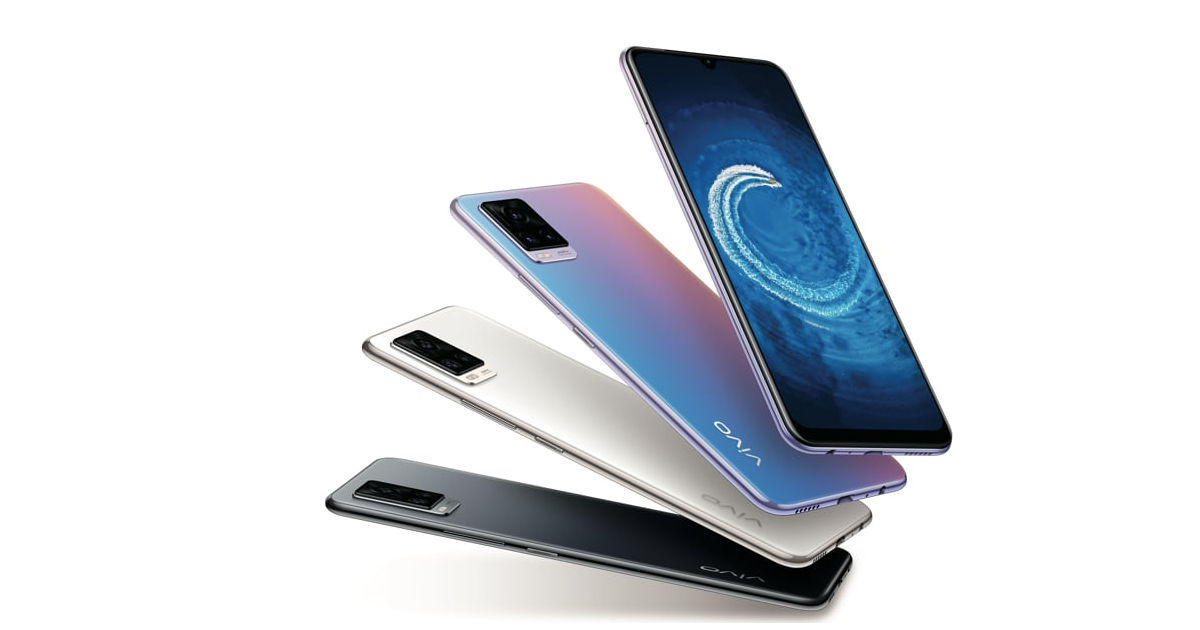 Vivo V21 5G price in India will be announced soon enough as the company has officially started teasing the phone’s launch in the country. We don’t have a launch date yet, but rumour has it that the phone will arrive soon after its debut in Malaysia on April 27th. A few key Vivo V21 5G specifications have been teased already, including the 44MP front camera, 64MP rear camera, 8GB RAM, and more. Now, 91mobiles has spotted the Vivo V21 5G with model number V2050 on the Geekbench database. The listing reveals a few important specifications, including the chipset. 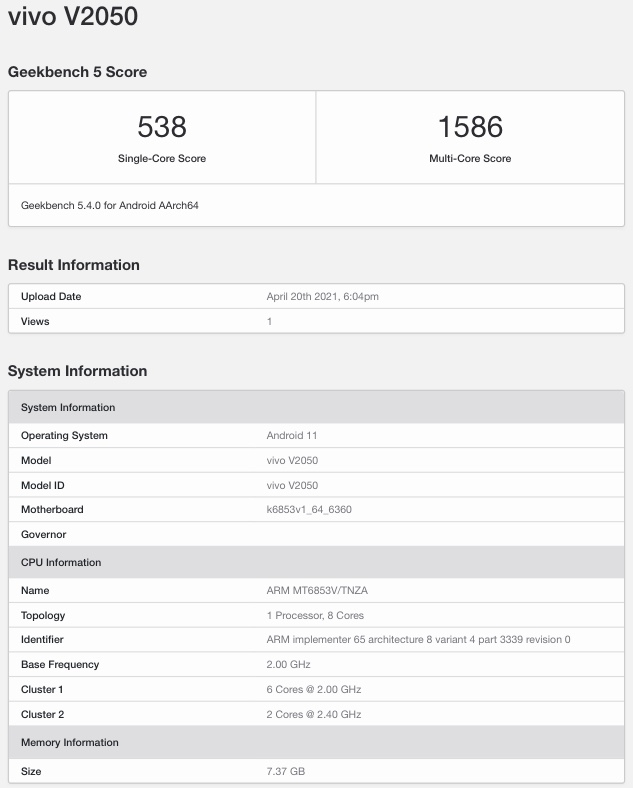 As per the Geekbench listing, the upcoming Vivo V21 5G will be powered by the MediaTek MT6853V/TNZA chipset, which is the MediaTek Dimensity 800U SoC. This is a low-cost 5G chipset with an integrated 5G modem and delivers clock speeds up to 2.4GHz. The Geekbench listing further reveals that the phone will come with 8GB RAM, which was confirmed through an official teaser already. The smartphone will ship with Android 11 as well.

The listing shows a single-core score of 538 and a multi-core score of 1586 on Geekbench, which are what you expect to see from a mid-range device.

Vivo V21 5G launch date in India is yet to be revealed but the company has begun teasing the phone’s arrival. We know that the phone comes with a gradient matt finish rear panel and a rectangular rear camera module that will house triple camera. As per teasers on the Vivo Malaysia website, the rear camera system includes a “64MP OIS Night Camera”. The company is also touting the Vivo V21 5G as its slimmest 5G smartphone. Lastly, the phone will also boast of a “44MP OIS Super Night Selfie System”.

The Vivo V21 5G will launch alongside the Vivo V21e in Malaysia. In India, the company has so far only teased the launch of the V21 5G.