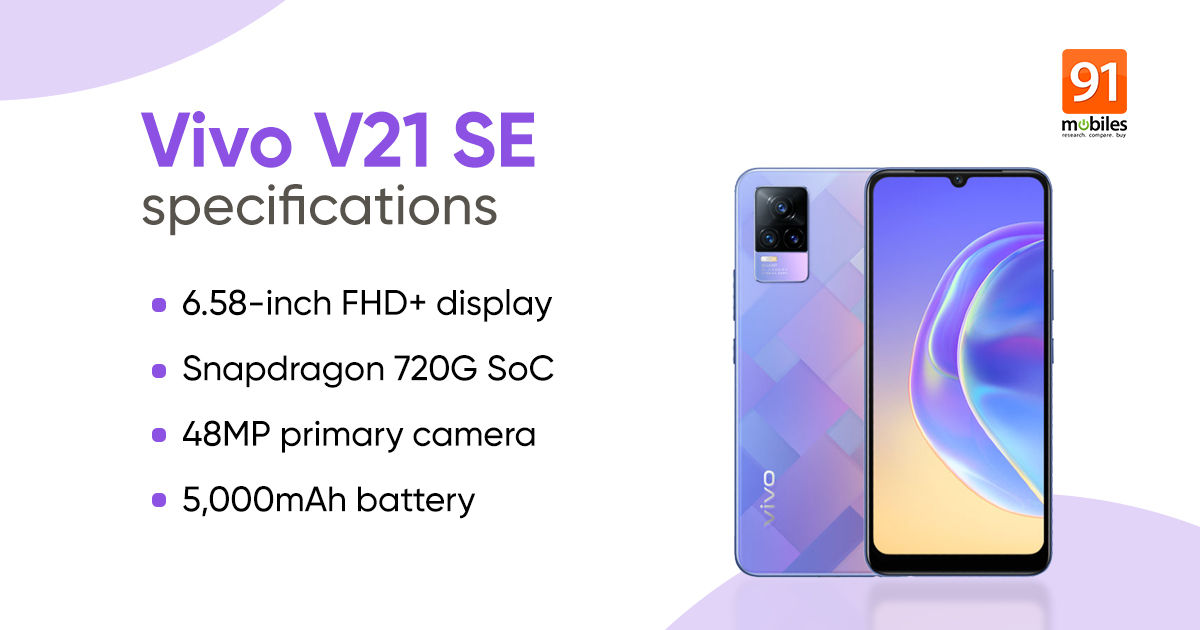 The Vivo V21 series was recently unveiled officially, consisting of the standard Vivo V21 and V21e. Now, the Vivo V21 SE has been spotted by MySmartPrice on Geekbench. The same phone was earlier spotted on the Google Play Console, revealing some key specifications and now the handset has been spotted on the Geekbench database with the model number V2061. The phone has managed to score 553 in the single-core round and 1697 in the multi-core test. The listing reveals the Vivo V21 SE will come with 8GB RAM, Android 11 OS, and a Qualcomm Snapdragon processor with the codename ‘atoll’, which is associated with the Snapdragon 720G SoC.

Vivo V21 SE and V21e could be the same device 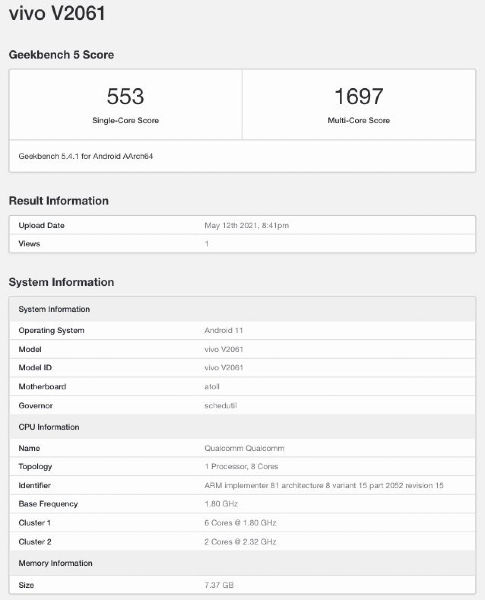 As per the Geekbench listing, the Vivo V21 SE will come with the Snapdragon 720G chipset, which is the same processor powering the V21e. This suggests that both phones are essentially the same.

The Vivo V21 SE Google Play Console listing shows it will come with an FHD+ display (1,080 X 2,400) pixels resolution and 440 PPI pixel density. It is said to come with a 6.58-inch LCD display, might feature a dual-camera setup at the back with a 48MP primary sensor but details regarding the other lens remains a mystery. The phone is tipped to pack an 8MP sensor on the front, a 5,000mAh battery, and 18W fast-charging support. Connectivity features could include 4G LTE, dual-band Wi-Fi, Bluetooth 5.0, GPS, and USB Type-C port for charging and data transfers.

Unfortunately, that’s pretty much everything we so far know about the Vivo V21 SE at the moment but since it started appearing on the web, we might learn more information soon so stick around.