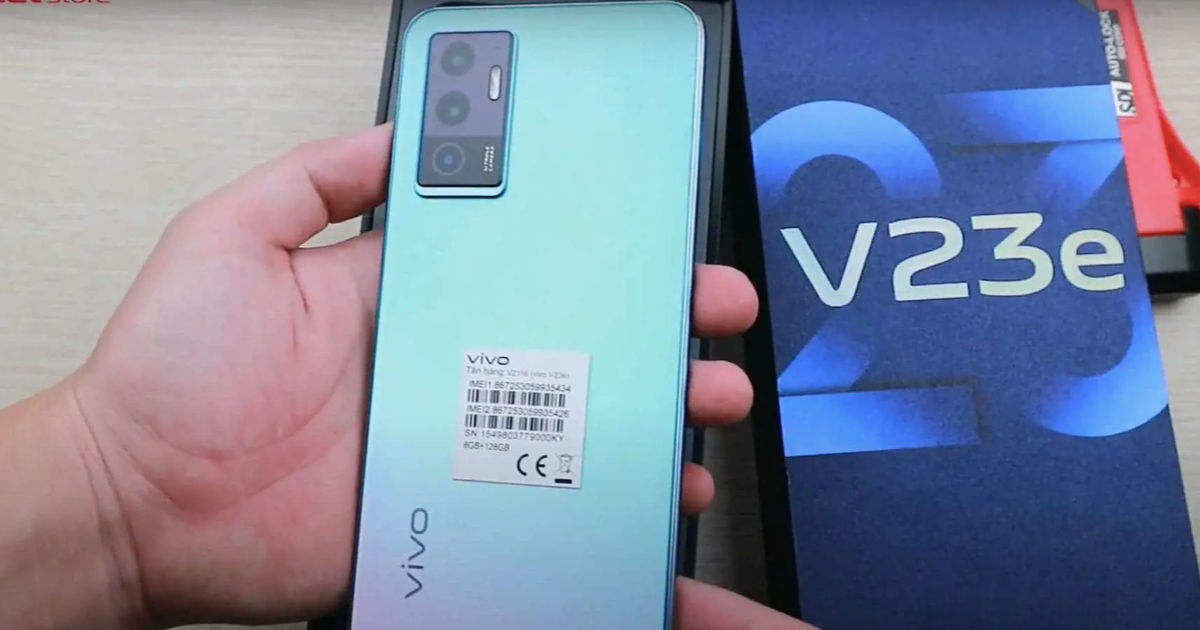 After recently launching the new Neon Spark variant of the Vivo V21, Vivo is now gearing up to launch the successor of the V21 5G series. Apparently, the new smartphone series will come under the Vivo V23 moniker and will be having multiple variants. Fresh tweets by tipster Chun reveal that the Vivo V23e is set to go official in November in Vietnam. The leaked specs also suggest that the front camera is getting a major upgrade over its predecessor. Let’s take a look at the Vivo V23e price, specifications, features, and other details below.

Vivo has not yet confirmed the launch details of the V23e but we already have the leaked specifications of the device. Twitter tipster Chun spotted the device by an uploader on Youtube, before it was taken down. According to the video, the upcoming device will have a waterdrop notch. The smartphone will have a glass back with a gradient finish and plastic frame all along.

For selfies, the smartphone features a 50MP camera inside the notch. It has a rectangular-shaped rear camera module with a triple rear camera setup at the back. The primary camera consists of a 64MP sensor, with an 8MP ultrawide and a 2MP tertiary sensor.

The leaked images also show that the smartphone will house an in-display fingerprint scanner, meaning the device will have an AMOLED panel. The phone will also have face unlock support. The handset will draw its power from a 4,030mAh battery with 44W fast-charging support. The handset runs Android 11-based Funtouch OS 12 out of the box and does not feature a 3.5 mm headphone jack.

According to the leak, the upcoming Vivo V23e will be priced around USD 440 in Vietnam, which roughly translates to Rs 33,000 in India. The retail box of the smartphone includes the phone, a charger with its proprietary USB Type C Cable, a pair of earphones, a USB-C to 3.5mm audio jack dongle, and some documents. We expect the smartphone to launch pretty soon in India, so stay tuned for that.