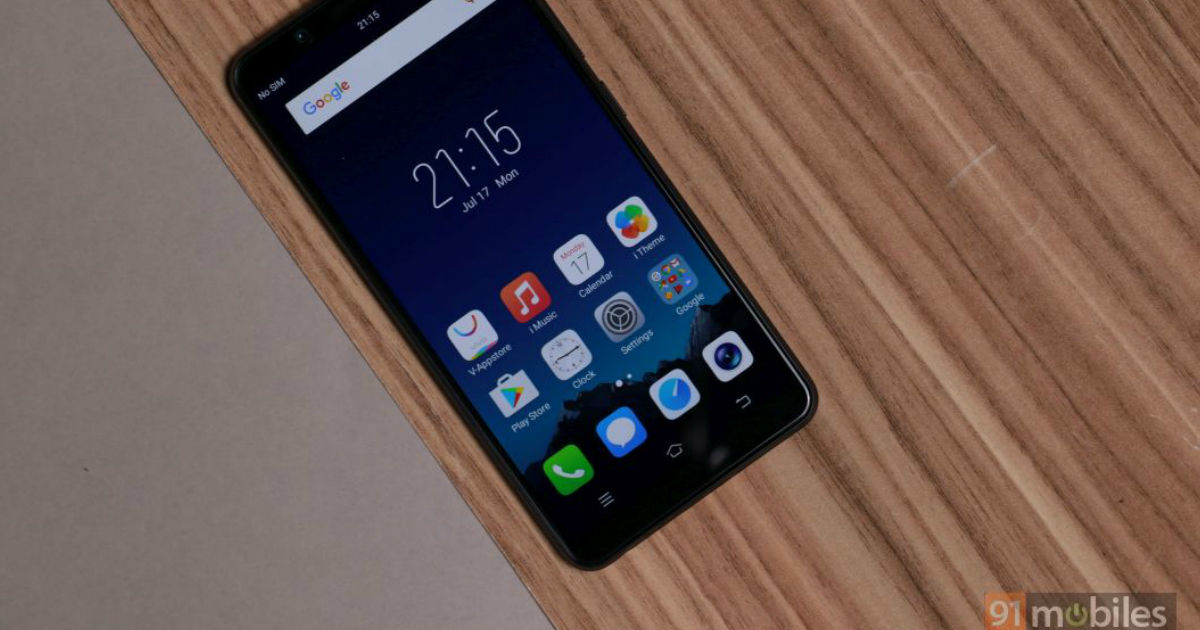 Bezel-less smartphones are the latest craze in town. A trend which was started by Korean giant LG with the G6 (review) this year has caught on like wildfire and we are now seeing smartphones adopting the 2:1 aspect ratio across a variety of price brackets. The latest offering comes from Chinese smartphone manufacturer Vivo, who has just unveiled the V7+ smartphone in India. We got our hands on a unit and here are our initial impressions of the smartphone after using it for a brief amount of time. 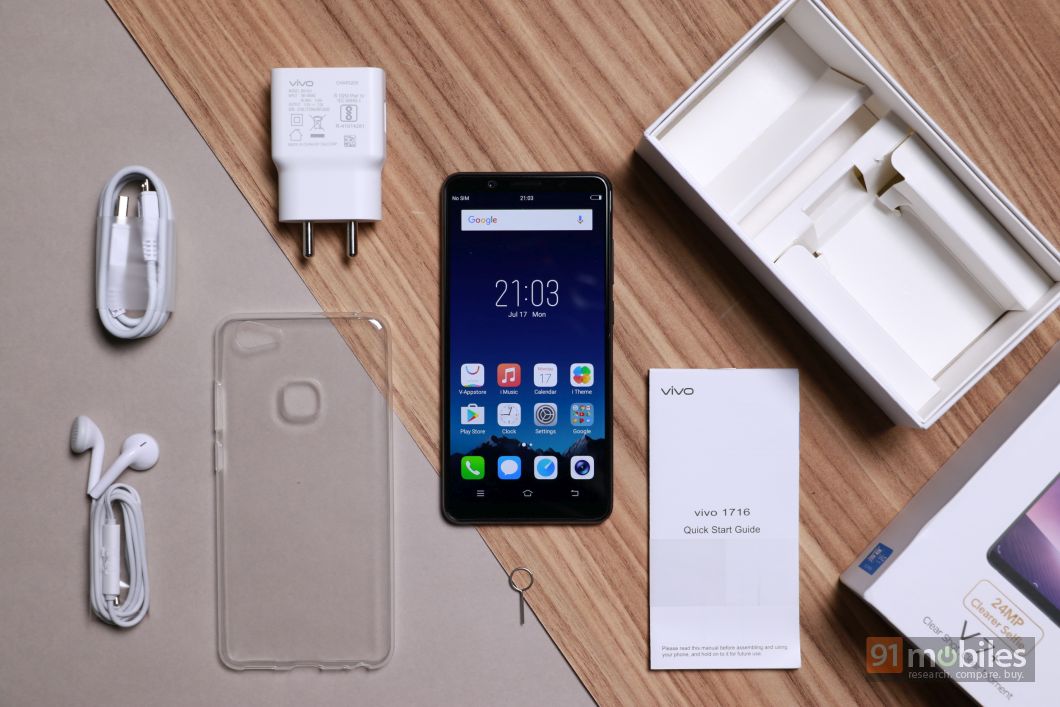 The Vivo V7+ comes packaged in a white cardboard box, opening which, you’ll find the smartphone itself, some documentation, a transparent case to protect the phone, a wall charger, a micro-USB cable, a SIM eject tool and a pair of earphones.

Design wise, the V7+ has been constructed entirely out of metal and therefore, you can expect it to feel solid in the hand. The handset weighs 160g and the weight has been evenly distributed across the smartphone as well. This, coupled with the smartphone’s sleek bezels almost makes one-handed usage possible, which is great when you consider the fact that the V7+ boasts a massive 6-inch display. In terms of port placement, you’ll find the power button and the volume rocker on the right-hand side with a dual-SIM tray taking up space on the left. The SIM tray can also house a microSD card and therefore, you won’t have to compromise between connectivity or storage. A fingerprint sensor is positioned at the back of the smartphone which is lightning fast and extremely accurate, a trademark of most Vivo smartphones. Lastly, the headphone jack and the micro-USB port can be found at the very bottom next to the speaker grille. As we mentioned before, the Vivo V7+ ships with a 6-inch display which packs a resolution of 1,440 by 720 pixels. Naturally, the display wasn’t as sharp as a full HD panel, however, the viewing angles were decent and the sunlight legibility was fine too.

In terms of core specs, there’s an octa-core Snapdragon 450 chip running with 4GB of RAM on the V7+. The internal storage is 64GB, expandable by another 256GB. Going by the spec sheet alone, you might have guessed that the V7+ is not going to be the fastest smartphone on the block. Having said that, we didn’t notice any instances of lags or stutters while navigating through the UI or opening/closing applications. The scenery could change drastically when we test some high-end games on the V7+ so make sure to stay tuned for our full review of the device. 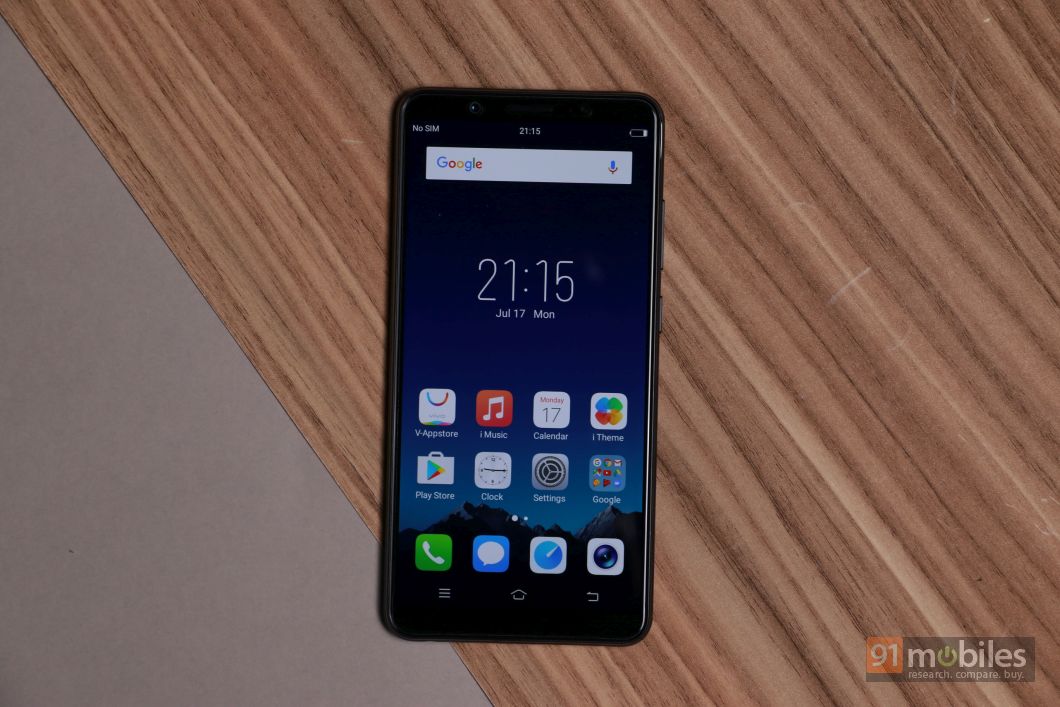 Vivo is clearly focussing on selfie-centric smartphones, and with the V7+, the company is upping the ante by shipping the device with a 24MP selfie shooter. The rear camera packs a 16MP sensor and both the cameras feature dedicated LED flash modules as well. Seeing how Vivo knows a thing or two about cameras, we have high hopes about the camera performance of the V7+. The smartphone packs a 3,225mAh battery and runs Android Nougat with a custom skin on top. Naturally, you get the standard features such as the lack of an app drawer and some handy gestures and features. Priced at Rs 21,990, the phone is slated to go on sale on September 15th via Amazon and Flipkart. We’ll be figuring out if it’s worth its asking price or not in our full review of the smartphone, so do keep an eye out for the same.