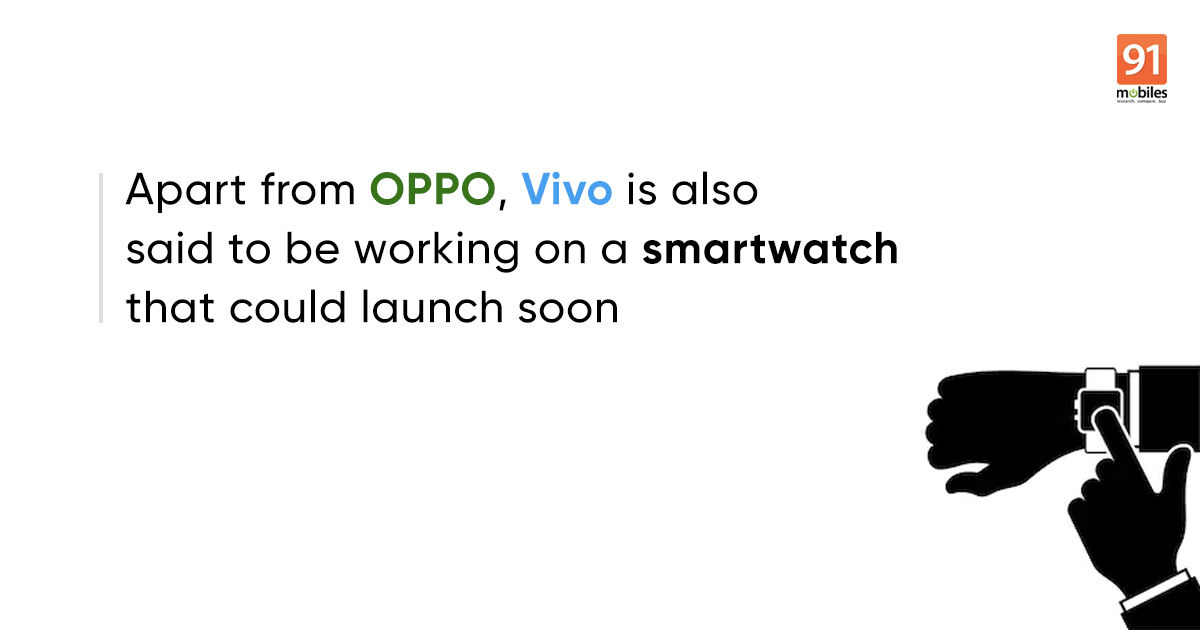 OPPO is not the only brand that is planning to launch a smartwatch for the first time. Vivo is also reported to be working on its first-ever smartwatch. The Vivo Watch recently received the EUIPO trademark in Europe, and the smartwatch has now been trademarked in India, 91mobiles has learned from its sources. According to the screenshots shared with us, the Vivo Watch trademark filing has been granted in India, which does hint at the possible launch of a smartwatch by the brand, some time in the near future.

The Indian trademark filing, it seems, was filed on the same day as Vivo applied for the Vivo Watch trademark in Europe. Unfortunately, neither of the filings have revealed any sort of details about the smartwatch itself. With the lack of online reports from supply chain sources, it is likely that the apparent Vivo Watch is only in its early stages, and its possible launch may be quite some time away into the future.

Meanwhile, OPPO is gearing up to launch its first-ever smartwatch, and it could happen in March. Earlier today, we brought you an exclusive live image of the OPPO smartwatch, which reveals its entire design, from its curved glass design to its Apple Watch-like form factor and silicone straps.

Realme in a teaser video has also confirmed that will also launch a smartwatch later this year. The company will first, however, launch the Realme Band fitness tracker on March 5th alongside the Realme 6 series.

Brands like Realme, OPPO and Vivo seems to be taking a page out of Xiaomi’s book when it comes to expanding their product portfolios. These companies are slowly looking at offering more wearables and IoT products, moving beyond smartphones.