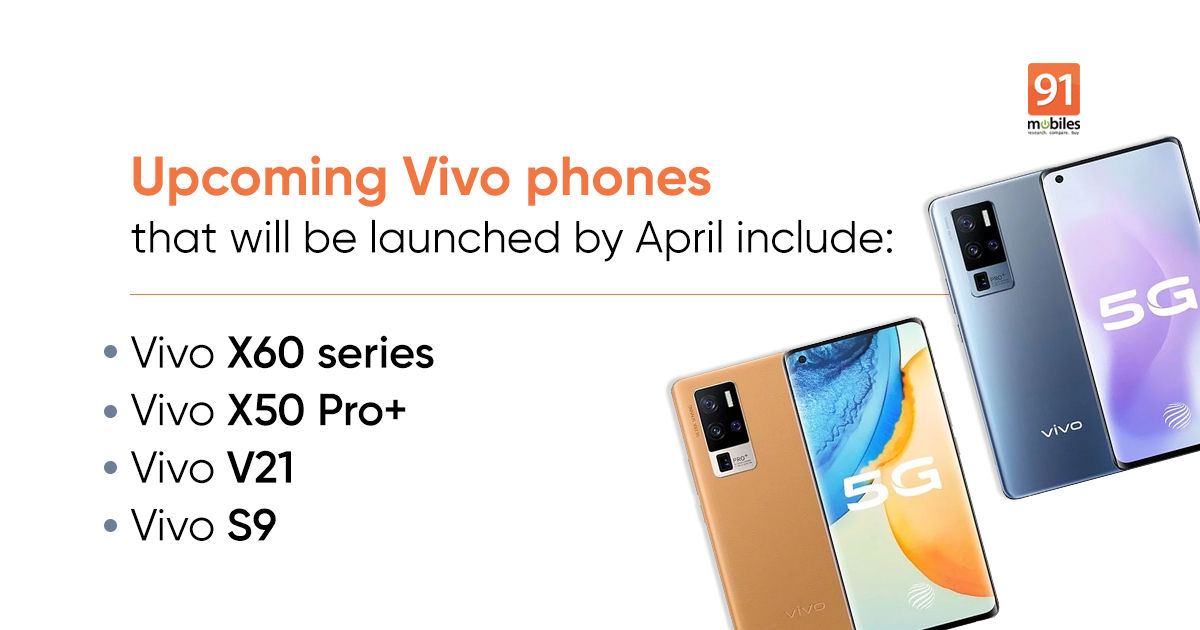 Vivo will launch as many as 11 new smartphones in India by April 2021, as per a new report by MySmartPrice. We have heard about a few Vivo smartphone launches in the recent past, including our own exclusive report on the Vivo X50 Pro+ and X60 series India launch. The flagship Vivo smartphones will be joined by a host of other more affordable offerings, according to the new report, which based on tipster Abhishek Yadav. Other Vivo smartphones that will be launched in India include the Vivo V21 series and the Vivo S9 5G, as per the report.

In all likelihood, the more affordable Vivo V21 series and Vivo S9 5G will be launched first. The latter is expected to be powered by the MediaTek Dimensity 1100 chipset and will likely serve as an entry-level 5G smartphone. The Vivo V21 Pro is also 5G-ready with its rumoured Qualcomm Snapdragon 765G chipset but at a slightly higher price tag. The remaining SKUs, Vivo V21 and Vivo V21E will likely be 4G-only given their price.

It is unlikely that the top-of-the-line Vivo X60 Pro+ will be launched in India, which could be why Vivo is substituting it with last year’s Vivo X50 Pro+ instead. Based on that assumption, we know that the following devices will be launched in India soon – the Vivo V21E, V21, V21 Pro, S9 5G, X50 Pro+, X60, and X60 Pro. That leaves us with four unknown Vivo-branded smartphones. We’re probably looking at some entry-level devices, as Vivo has the entire mid to upper-mid range covered with the aforementioned smartphones.