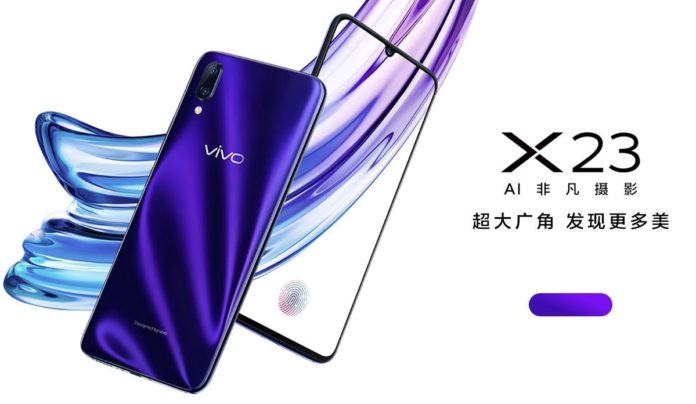 “The X23 expected to boast Snapdragon 670 SoC, 8GB of RAM and a higher screen-to-body ratio”

The Vivo X23, whose official launch was confirmed by the company’s voice assistant Jovi last week, is now official. The phone has been spotted on the brand’s official website in China. It comes as the successor of the famous Vivo X21 (review) with an in-display fingerprint sensor, which was announced earlier this year in India. The all-new X23 comes with a ‘Waterdrop’ display, a feature that seems to be inspired from the OPPO R17 and F9 and results in a much higher screen-to-body ratio. Furthermore, along with the under-the-display fingerprint sensor, the smartphone also comes with the 3D face recognition feature. 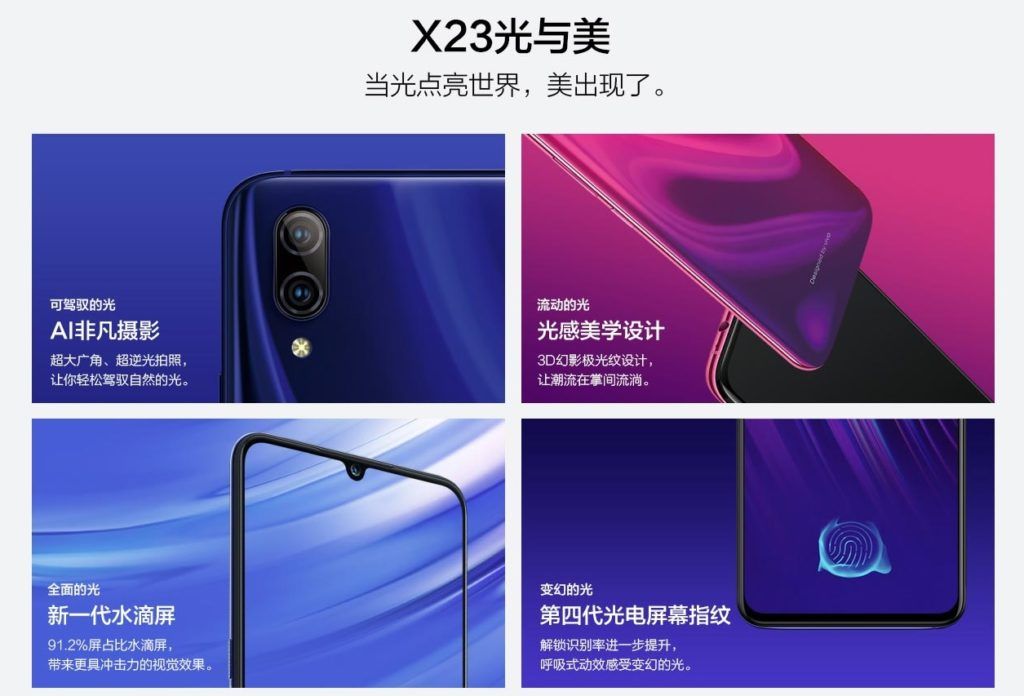 The Vivo X23 sports a tall 6.4-inch AMOLED display with a full HD+ resolution along with a tiny notch up top. The handset has an impressive screen-to-body ratio of 91.2 percent, 8GB of RAM and 128GB storage space. The smartphone is expected to power by Qualcomm’s latest Snapdragon 670 chipset. It runs Android 8.1 Oreo-based Funtouch OS 4.0 out of the box. 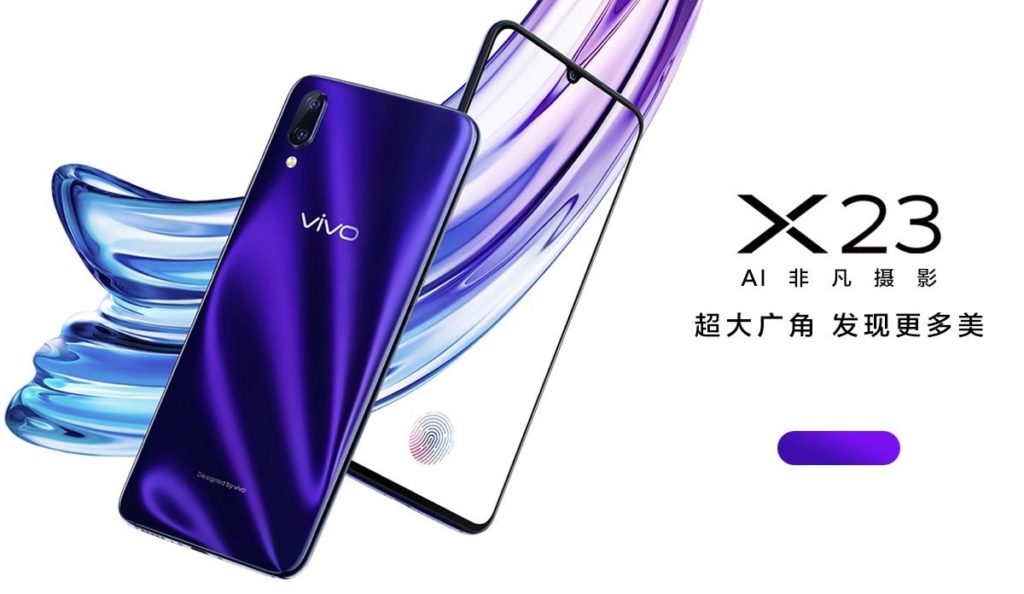 On the camera front, the Vivo X23 flaunts dual rear cameras with LED flash and tons of AI-features that the company claims is there to improve results. Sadly, Vivo hasn’t revealed the sensor details of the phone, but it’s likely to feature an ultra wide-angle photography. The front camera offers 3D facial recognition for enhanced security.

Other details about the Vivo X23 including its native storage, battery capacity, and pricing and availability aren’t apparent at the moment. However, the brand has opened the pre-booking window of the smartphone on its Chinese website for potential buyers. We shall update you as and when we get more details about the handset, so stay tuned.