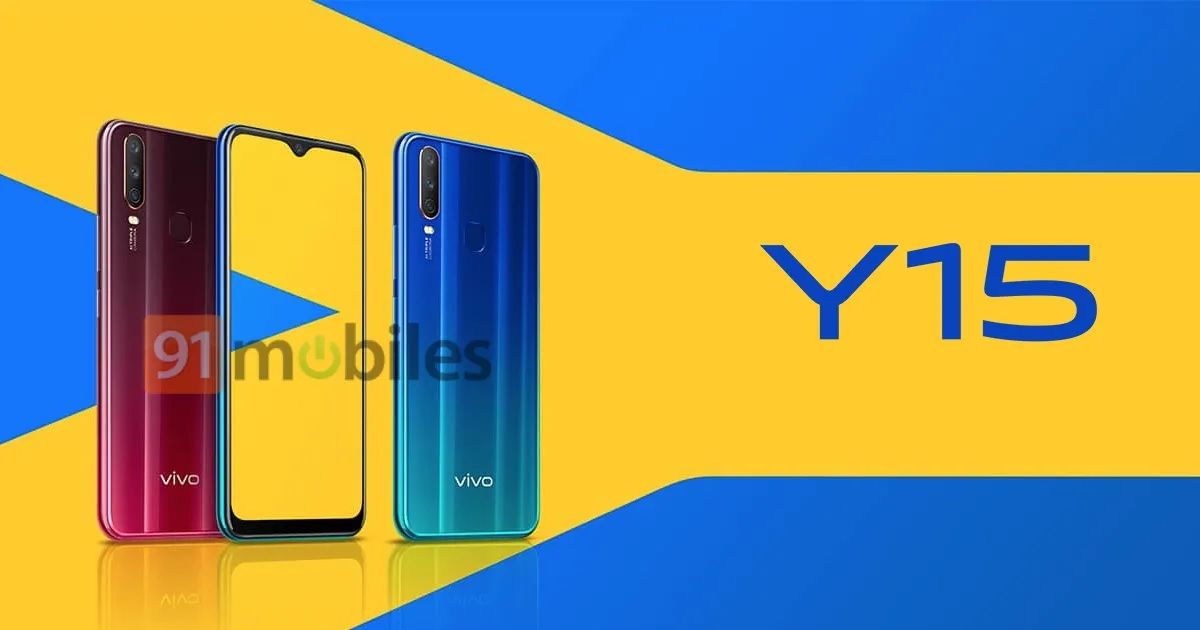 Just a few days ago, 91mobiles exclusively reported that Vivo is all set to launch the Y12 and Y15 smartphones in India later this month. Also, we revealed the complete specifications of the upcoming Vivo Y series handsets, apart from their pricing details. Now, we have managed to obtain a handful of press renders of the Vivo Y15, which have revealed the design as well as the colour options of the upcoming smartphone. 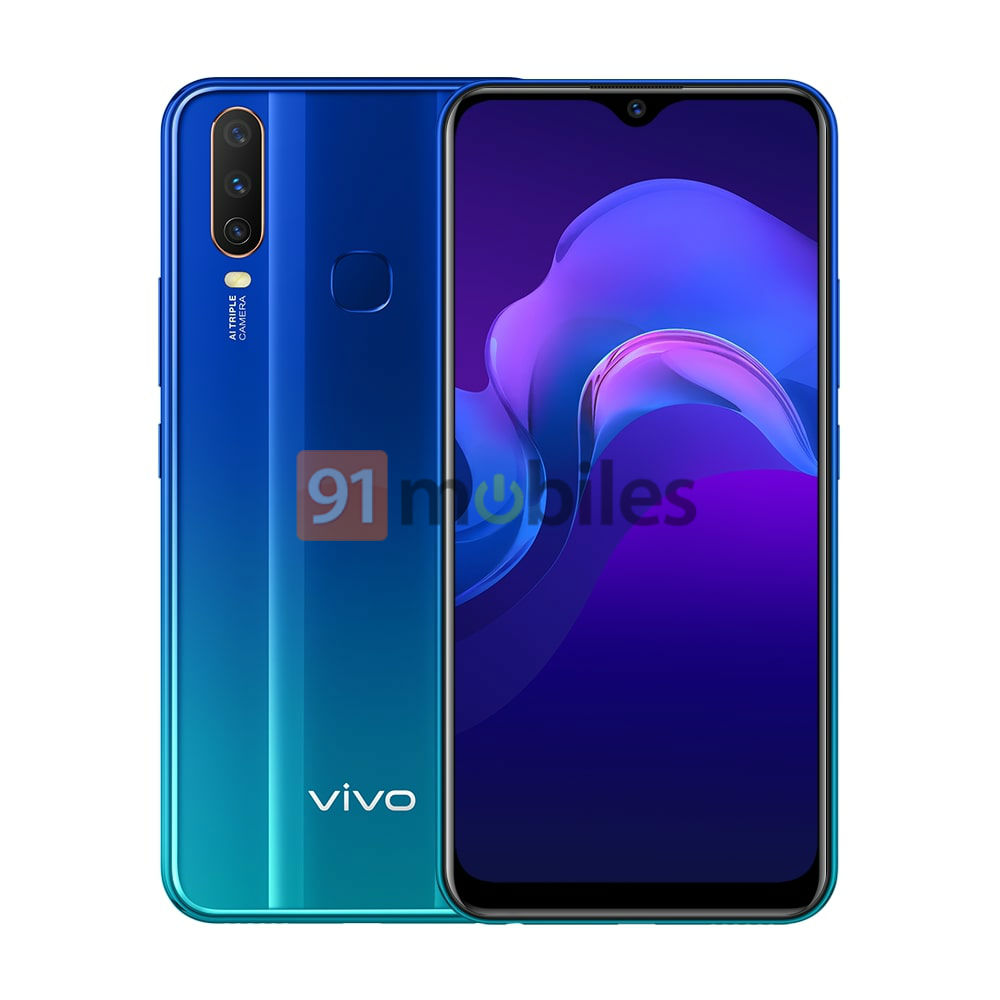 As you can see from the renders, the Vivo Y15 will feature an edge-to-edge display with a waterdrop notch above, which will be home to the selfie camera and other sensors. The phone appears to have almost non-existent bezels on the sides, with a slim chin completing the fascia. At the rear, the handset has a vertically-placed triple camera setup with a dual-LED flash unit, and a fingerprint sensor in the middle towards the top edge. It looks like the smartphone will arrive with a glass back panel for a premium appeal. Lastly, the photos suggest that the phone will come with a 3.5mm headphone socket, a micro-USB port, and a speaker grille at the bottom.

The renders indicate that the Vivo Y15 will be available in two colour variants – Aqua Blue and Burgundy Red, at least at the time of launch. As far as the specifications are concerned, the Vivo Y15 will feature a 6.35-inch HD+ LCD display with a tall aspect ratio of 19.3:9. Powering the handset will be an octa-core MediaTek Helio P22 processor, aided by 4GB of RAM. The device will have 64GB of native storage, which is expected to be further expandable via a microSD card.

In the imaging department, the Vivo Y15 will feature a triple camera setup at the rear comprising of 13MP f/2.2, 8MP f/2.2, and 2MP f/2.4 sensors. For selfies, the phone will have a 16MP snapper with an aperture of f/2.0. Software-wise, the handset will boot Funtouch OS 9 based on Android 9 Pie. A 5,000mAh battery will keep the whole package alive. 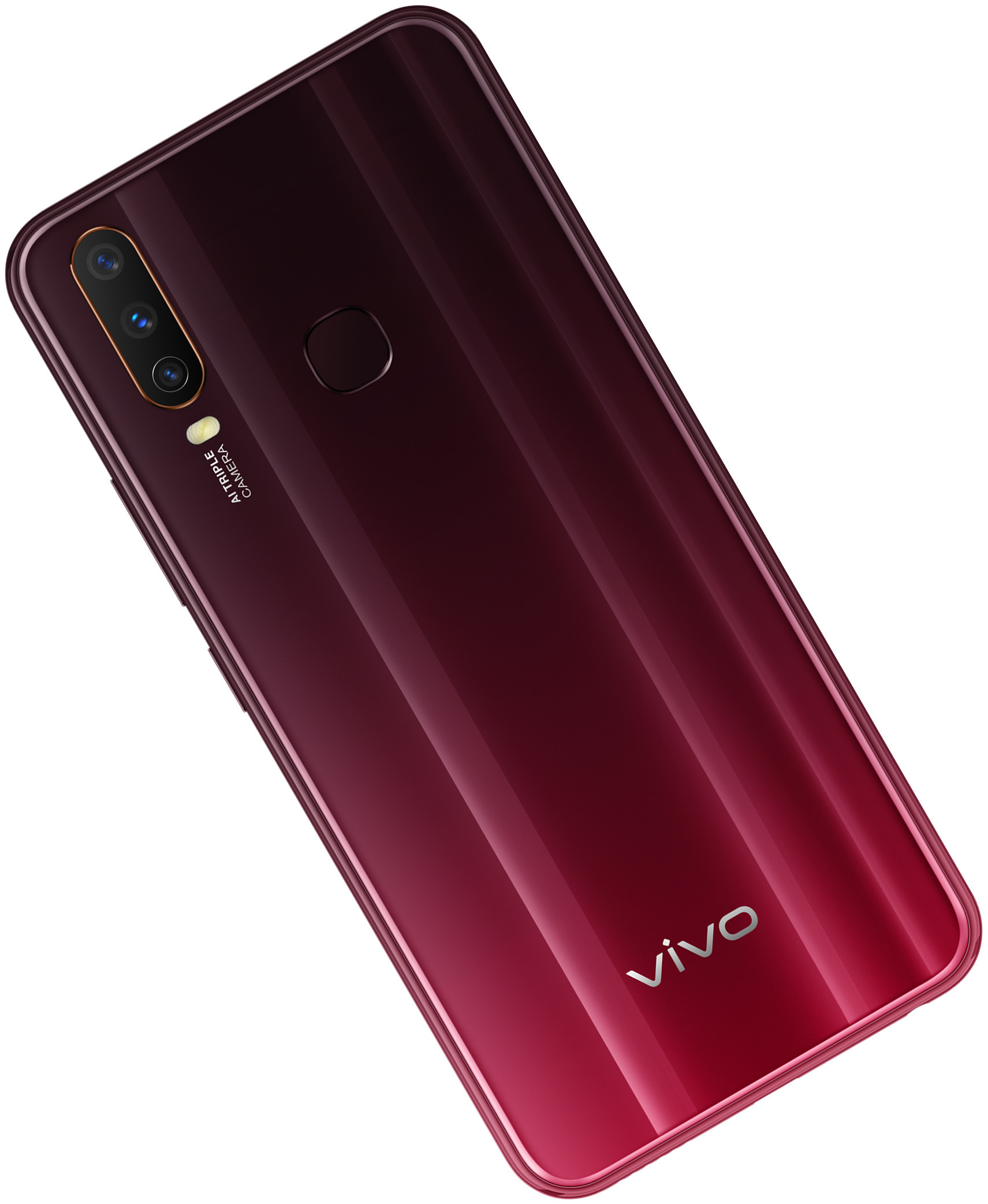 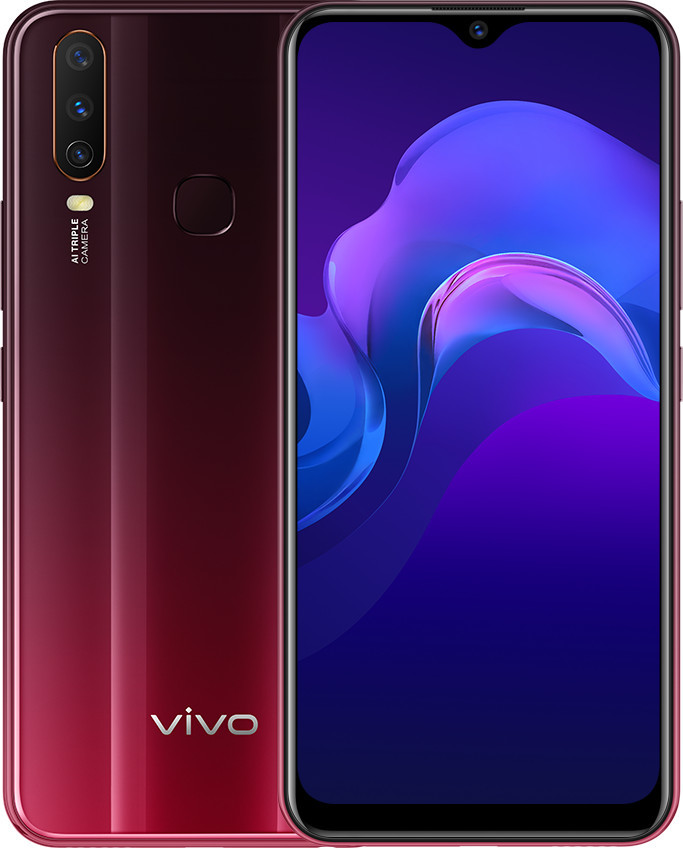