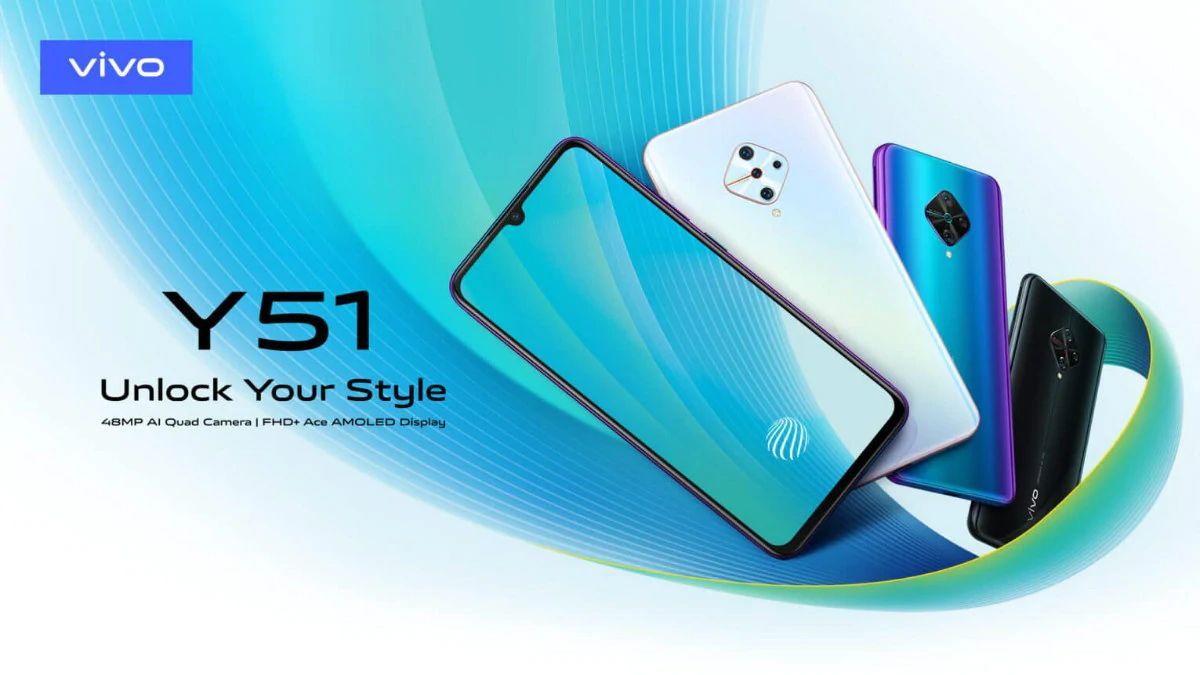 Vivo Y51 2020 is reportedly set to launch in India soon and we recently spotted the device on Geekbench with some key specs, though the phone has already been released in some markets. Folks over at Mysmartprice revealed exclusive information about the Vivo Y51 price in India. The smartphone, which is expected to release in India soon, is tipped to be priced under Rs 20,000 though an exact price is yet to be revealed. Since the smartphone has already appeared on the BIS(Bureau of Indian Standards) website, it’s launch in India seems to be just days away.

The Vivo Y51 price in India that has been tipped suggests the phone will replace the Vivo S1 Pro, which launched way back in January. Interestingly, the Vivo Y51 comes in two distinct variants outside of India and the report claims the model launched in Pakistan will be coming to the country. This means you can expect a punch-hole display at the front and a diamond-shaped rear camera module on the back. The smartphone features a 6.3-inch FHD+ AMOLED panel with a refresh rate of 60Hz. It is powered by a Qualcomm Snapdragon 665 SoC, 4GB of RAM, and 128GB of internal storage, which can be expanded via a microSD card. Its 4,500mAh battery supports fast charging at 18W over a USB Type-C port. The Vivo Y51 runs Android 10-based FunTouch OS out of the box.

Other Vivo Y51 specs include a quad-camera array at the rear, consisting of a 48MP primary sensor, an 8MP ultra-wide-angle lens, a 2MP macro lens, and a 2MP depth sensor. Selfies and video calls are handled by a 16MP camera nestled at a waterdrop notch on the top of the screen.