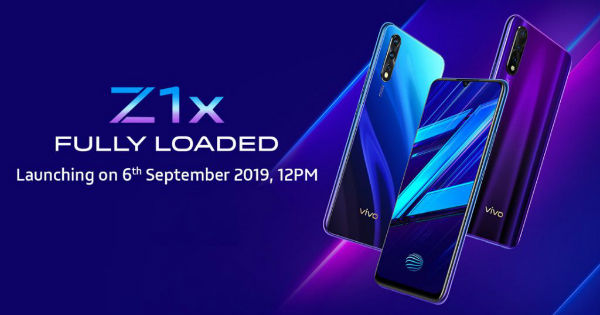 Vivo Z1X mid-range smartphone has now been confirmed to launch on September 6th, and once it does, the handset will be exclusively available via Flipkart online. The official teaser image confirms the Vivo Z1X will feature an in-display fingerprint sensor, reiterating the earlier rumour, and the image also shows a waterdrop notch, instead of a punch-hole design that was found on the Z1 Pro. The teaser confirms the Vivo Z1X would feature triple rear cameras with LED flash and showcases a gradient back. However, the sensor details aren’t revealed yet.

Furthermore, it’s also confirmed the Vivo Z1X will have USB Type-C port, which is a significant upgrade over the previous Vivo phones. The handset also supports Vivo FlashCharge support, which could be a 22.5W fast charger that was introduced in the Vivo iQOO smartphone. Another teaser image confirms it will be powered by the Snapdragon SoC, while there’s a chance it could retain the same Snapdragon 712 SoC, but since the company confirmed it would cost more than Rs 15,000 and have better specifications, we might see a better processor. 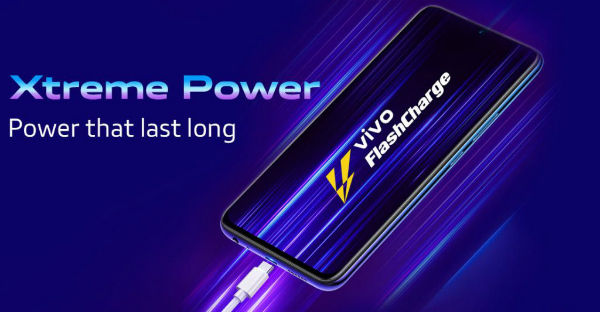 Given that the competition is ruling roast with the 48MP primary sensor, there’s a good chance the upcoming Vivo Z1X will embrace the same. It could still retain the same 5,000mAh battery and run on Android 9.0 Pie with FunTouch OS custom skin overlaid on top. Like with the Z1 Pro, the Z1X should also be available in different storage and RAM variants. There’s still a lot to know about the handset, but with the launch not so far, we should know more information soon.