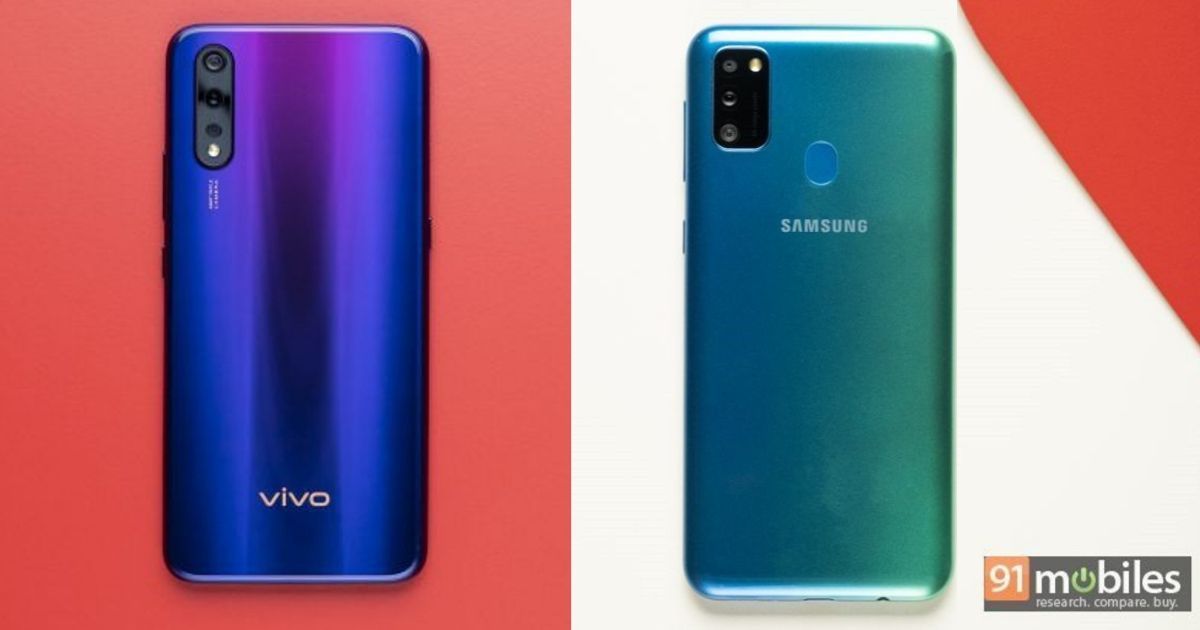 “Vivo Z1x and Samsung Galaxy M30s are both priced around Rs 15,000 and have the 48-megapixel primary rear camera in common”

Vivo’s latest mid-range smartphone, the Vivo Z1x, is a slightly updated version of the Z1 Pro. The same can be said for the Samsung Galaxy M30s, which is an improved variant of the Samsung Galaxy M30 from earlier this year. Both these phones are priced around Rs 15,000 offer similar specifications and features. Therefore, we thought it’d be a great idea to compare the specifications of the two and find out which one is better option for prospective buyers. While the Samsung handset has the biggest battery seen yet on a mainstream phone, the Vivo model is a more rounded phone that includes some technologies that the M30s gives a miss to. So scroll down to our find out all the differences between the Vivo Z1X and Samsung Galaxy M30s.

First, let’s compare the prices for these devices. The Vivo Z1x price in India is Rs 16,990 for the base variant that has 6GB RAM and 64GB storage. The phone is also available with 128GB of onboard storage, but that’s priced at Rs 18,990. Just today, the company also launched the 8GB + 128GB variant of the Vivo Z1X, priced in India at Rs 21,990. All three variants come in two colour options: Phantom Purple and Fusion Blue.

On the other hand, the Samsung Galaxy M30s price in India for the base variant is much lower at Rs 13,999. For this money, the phone comes with 4GB RAM and 64GB storage. A 6GB RAM and 128GB storage option is available at Rs 16,999, which is still cheaper than the Vivo Z1x. The Samsung handset is available in Opal Black, Pearl White, and Sapphire Blue colour options. Now, let’s move on to the specifications.

The Vivo Z1x comes with a 6.38-inch Super AMOLED display with FHD+ resolution and a tiny notch at the top. The display is smaller than the Z1 Pro, but is of the similar size when compared to the Galaxy M30s, which gets a 6.4-inch Super AMOLED panel. The display on the Samsung phone also carries a FHD+ resolution and gets a tiny notch at the top. The Galaxy M30s offers Widevine L1 certification. However, the Vivo phone will provide users with an in-display fingerprint scanner.

In the hardware department, the Vivo Z1x is powered by the Snapdragon 712 processor, whereas the Samsung Galaxy M30s uses an Exynos 9611 SoC. Both these chipsets should offer similar performance and efficiency. As for RAM and storage, both devices max out at 6GB RAM and 128GB onboard storage. They also offer a microSD card slot for storage expansion, which is nice.

Coming to the selfie cameras, the Vivo Z1x gets a 32-megapixel sensor, whereas the Samsung device gets a 16-megapixel unit. As far as numbers go, the Vivo phone wins the camera round. The Samsung Galaxy M30s does get a dedicated Night mode though. Now, let’s talk about the batteries. The Vivo comes with a 4,500mAh battery, which is smaller than the Z1 Pro, but supports faster 22.5W charging. On the other hand, the Galaxy M30s gets a massive 6,000mAh battery, which should easily last you two days. It also supports 15W fast charging.

Both smartphones run Android 9.0 Pie out of the box, but with their own custom user interface on top.

The Vivo Z1x is a clear winner in most areas, apart from battery life. If you’re on the lookout for a battery king, then the Samsung Galaxy M30s is your best bet. If you want a better camera, slightly better performance, an in-display fingerprint scanner, then the Vivo Z1x is the answer.