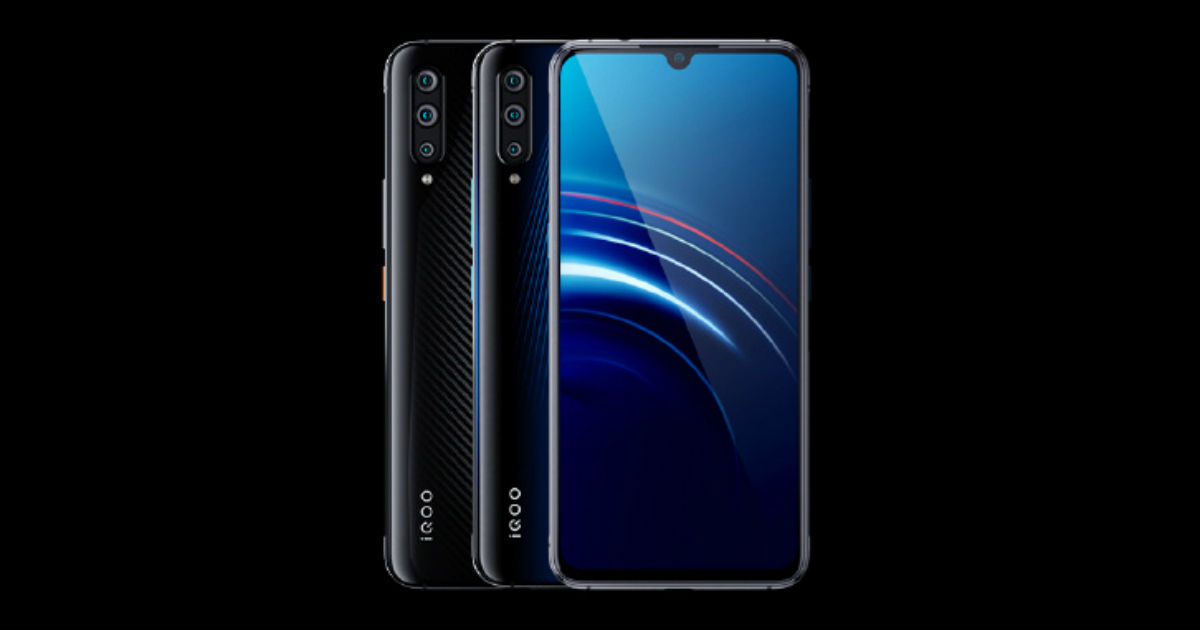 Vivo’s sub-brand iQOO will introduce its next smartphone, dubbed the iQOO Neo, in the near future. Ahead of the unveiling, the phone was spotted on Geekbench as well as in the database of 3C certification. The company has also been teasing the handset’s features for a while now. Recently, it released the first official image of the Vivo iQOO Neo, revealing its design details. Now, the phonemaker has revealed another key feature of the handset. In addition, the device has also been spotted on the Chinese certification agency TENAA’s website. 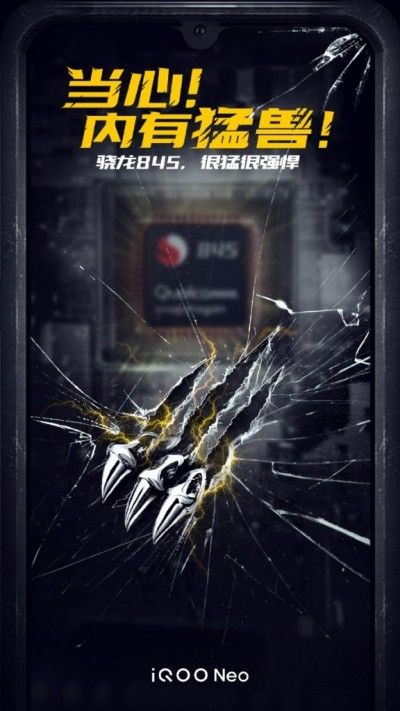 As per the new official iQOO teaser, the iQOO Neo will be powered by Qualcomm’s 2018 flagship chipset, the Snapdragon 845. Notably, the brand’s first phone, the iQOO, utilises Qualcomm’s latest and most powerful Snapdragon 855 processor. While the company hasn’t yet confirmed it, there are rumours that there will also be a Snapdragon 710 chipset-powered variant of the iQOO Neo.

Talking about the listing on TENAA, it reveals that the phone could come with a 6.41-inch AMOLED display, which is slightly bigger than the 6.38-inch found on its predecessor. The phone will be powered by a beefier 4,420mAh battery that is said to support 22.5W fast-charging technology. The smartphone will measure 8.13mm around the waist, which is slightly slimmer than the 8.5mm iQOO. Unfortunately, the complete specifications of the device haven’t appeared on TENAA yet. 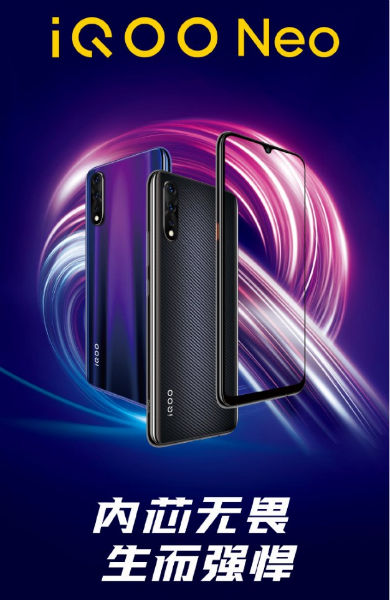 Design-wise, iQOO’s official render confirmed that the iQOO Neo will offer a design similar to that of its predecessor. The phone will feature a waterdrop notch above the screen, just like the iQOO, but will have a slightly thicker bottom bezel. At the rear, the smartphone will offer a triple cameras that will be placed vertically. Lastly, the photo suggests that the handset will be arriving at least in two colour models – one with a Gradient finish and one in Black.

Vivo’s iQOO hasn’t yet revealed the exact launch date of the iQOO Neo. However, since the phone has been certified by TENAA, we can expect it to be launched very soon.