91mobiles.com
Home Futuristic tech A drone which can transport humans? Volocopter might just be the one 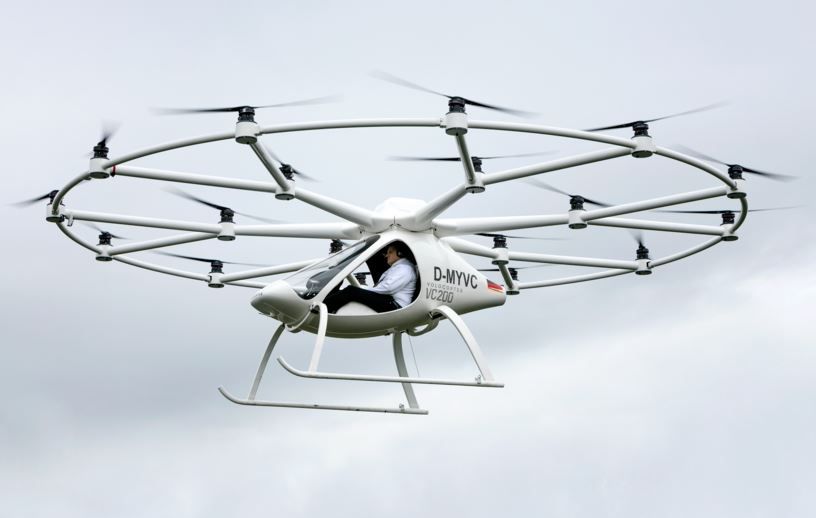 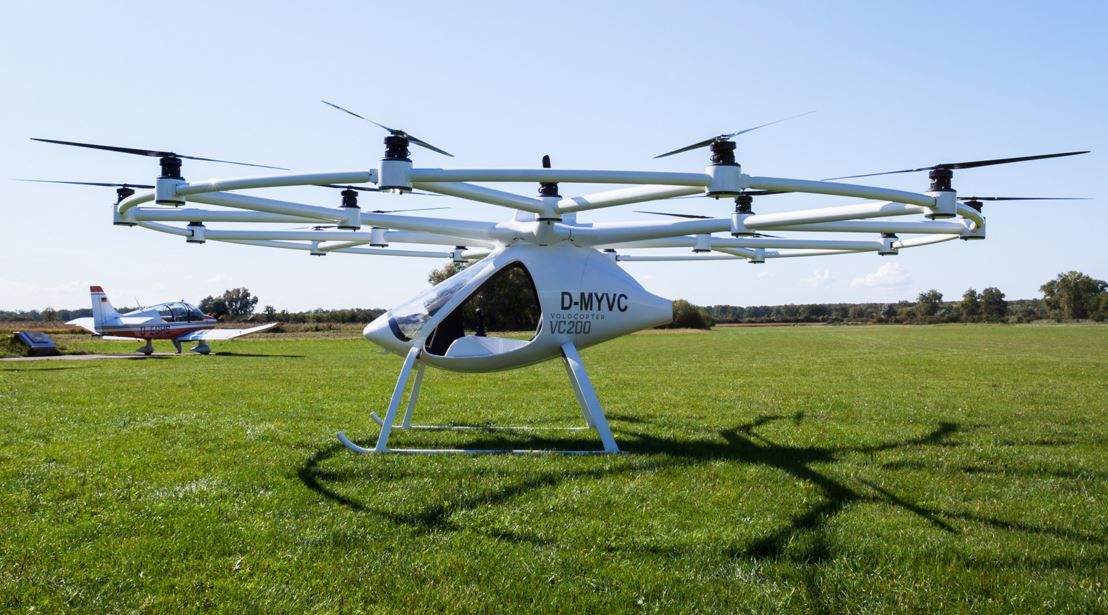 The Volocopter is fashioned out of a lightweight fiber composite, and the power source of the drone is in the form of nine individual batteries. There are 18 rotors which spin at a constant pitch. Much like its scaled-down siblings, the Volocopter is capable of vertical take-off, hovering over a particular point and vertical landing. Depending upon the air pressure and temperature, the drone requires 45kW of power to lift off with 450kg of weight.

The drone also comes with a host of positional sensors that consist of pressure gauges, gyroscopes, accelerometers, and magnetometers for all three spatial axes. The control mechanism seems to be fairly minimal, with a joystick for controlling the yaw and pitch, and an altitude control thumb button for vertical movement. Onboard computers monitor the overall movement and also each other. For landing, sensors kick in when the aircraft is slightly above the ground to slow the rotors down for a smooth landing.

The company claims that the main advantages of the Volocopter include safety measures, an easy learning curve, and low maintenance. e-volo hopes that the Volocopter can turn out to be a modular structure for aircrafts – both manned and unmanned – in the future. The aircraft has received the necessary permissions from the German aviation authorities, and the first manned flight was conducted successfully on March 30th.